The 250th anniversary of Beethoven’s birth next year is celebrated widely throughout our music programme. A particular highlight is a special tour to Barcelona to hear the complete cycle of his nine symphonies performed by the Orchestre Révolutionaire et Romantique, conducted by Sir John Eliot Gardiner, and we have also arranged a dedicated weekend of Beethoven’s chamber music at our congenial venue in Taunton, the Castle Hotel. In early 2020 we also immerse ourselves, for the first time, in the world’s largest festival of its kind, the String Quartet Biennale in Amsterdam. The full list follows.

The second edition of the String Quarter Biennale Amsterdam is the world’s largest festival of its kind, featuring some if the finest string quartets in the world. Four days of the tour finish at 10.30pm with a single piece – a late Beethoven. All concerts take place in the Muziekgebouw, a dramatic, cantilevered design by Danish architects 3XN, opened in 2005.

Beethoven in Barcelona – An unmissable Symphony Cycle in the Catalan capital

A complete and chronological cycle of Beethoven’s nine symphonies spanning the delightful No. 1 – Beethoven’s take on the Haydnesque comedy of manners – via the ethically charged Eroica and fifth symphonies, to the monumental Choral, a paean to universal brotherhood. Performed across five nights by the peerless Orchestre Révolutionnaire et Romantique and conducted by Sir John Eliot Gardiner, with additional appearances from Lucy Crowe and the Monteverdi Choir. The venue for the concerts is a UNESCO World Heritage Site, Lluís Domènech i Montaner’s exuberant Palau de la Música.

The Hamburg Philharmonic play Beethoven’s Missa Solemnis in D, Op.123 at the newly opened, much awaited Elbphilharmonie. This twenty-first-century hall has been designed with an acoustic that is almost ‘digital’ in its clarity and dominates Hamburg’s harbour.

Beethoven at The Castle

The composer’s anniversary is celebrated in unique style with 18 concerts, which include popular favourites such as the Waldstein Sonata, the Razumovsky Quartets and the Archduke Trio, all held in the ‘Music Room’ of The Castle Hotel in Taunton. These ‘concerts’ reinvent the conventional formula, with only one piece per concert (with two exceptions) each introduced by music writer and lecturer Richard Wigmore. The event is split into two modules – participants can choose to book just one of these or both.

The Schubertiade – Music & mountains in the Vorarlberg

Amid the superb mountain scenery of the Voralberg, the Schubertiade is one of the most prestigious and enjoyable festivals in Europe. Singers and players of the highest calibre perform the composer’s work including an all-Beethoven piano recital with Ignor Levit and an afternoon of his string quartets with Quatuor Ebène. The tour takes place in the westernmost province of Austria, with all the concerts in the attractive village of Schwarzenberg.

A full day is devoted to Beethoven in his birthplace of Bonn.

Morning and afternoon recitals are held in the Kammermusiksaal, a handsome modern chamber music hall attached to the Beethoven family home. Llŷr Williams’s holds a piano recital followed by free time in Bonn, allowing participants to return to the Beethoven Haus with its remarkable collection of memorabilia.

Beethoven’s Symphony No. 1 is performed at Bonn’s Electoral Palace, the venue of the composer’s first professional post. This is followed by his only Violin Concerto, not a success in its own time, but now treasured as one of the supreme challenges of the repertoire.

The 26th-iteration of our Danube festival focuses on the musical genius of Beethoven. An eight-day celebration, the festival includes nine concerts which showcase both his depth and breadth, from his larger masterpieces such as Symphonies 1 and 7 and glorious Mass in C, to his more intimate piano works and string quartets.

The experience of these unique performances is enhanced by the buildings often being of the same period of the music performed in them, and in some cases, there are specific and historical associations between the two, such as the Bergkirche in Eisenstadt where Beethoven’s Mass in C was first performed: a perfect union of music and place.

View all Beethoven events in 2020 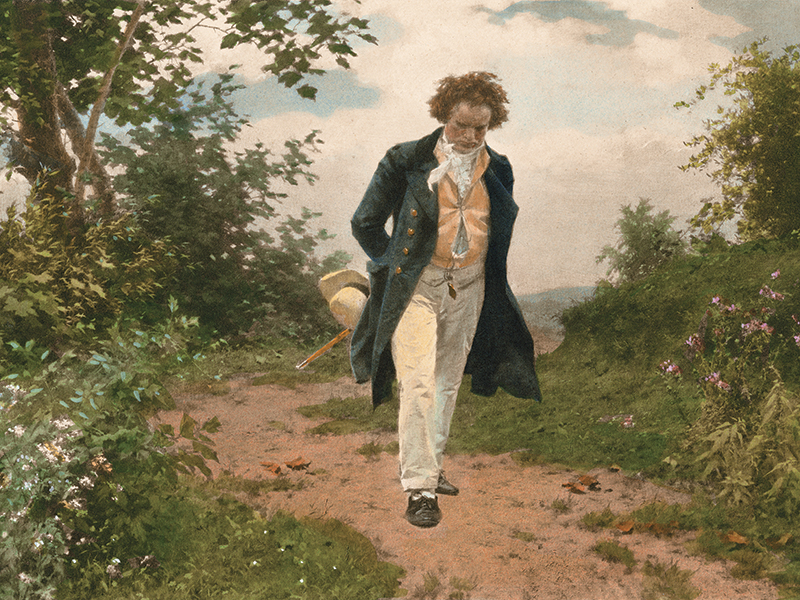