For our annual London Lecture Afternoons we select a stellar line-up of speakers from our pool of experts, with talks held in historic and central venues in London. The lecture topics are diverse and aim to illuminate on themes ranging from Brunel as architect to how music changes minds.

Here, we share each of the lecturer’s talks which were given at our 2019 London Lecture Afternoon at One Great George Street.

Shahnameh: Persian past and Iranian present in the Epic of Kings

‘Yeki bud yeki nabud...’ ‘Once Upon a Time...’ How is the past remembered in Iran? Does history need to be written in a format familiar to us from western sources from Herodotus onwards? Or is ‘history’ a more fluid genre? This lecture considers the great Persian epic poem ‘Shahnameh’ (The Book of Kings), created c. 1000 CE, and explores how the historical narrative of Persia’s past is filtered through the prisms of myth and legend, and how that epic history still resonates in Iran today.

Brunel as an Architect

Isambard Kingdom Brunel (1809-59) was the most famous engineer in history, but his abilities and interests extended well beyond engineering. He was keenly interested in architecture, and kept the architectural design of many of the bridges and other buildings on the Great Western Railway to himself. His sketchbooks are full of sketch designs for such buildings, showing how capable a designer he was. Brunel wanted complete control of his projects, of the ornamental details as well as the structural design. This interest was sustained until the end of his life. The sketchbooks from the 1850s show Brunel, then under intense pressure with the Great Eastern as well as his various railways, devoting time to two very different projects; Paddington Station, and an unbuilt scheme for an Italianate villa and gardens on his estate in Devon. Architecture was a source of pleasure, perhaps even of relaxation, for this busiest of Victorians, who had he not been a great engineer, would have been a very successful architect.

'Tis the gift to be simple: Early American Portraiture

The 17th century English settlers in North America had no time for art.  Material survival and religious beliefs made painting a frivolous, if not downright sinful, activity.  Only portraiture escaped this stern attitude.  It was deemed to be a useful craft rather than art.  So it was with portraits that American art took root and began to flourish. This lecture examines the development of portraiture in New England from early examples by anonymous limners to extraordinary works by the first truly great painters born and raised on the new continent.  It will illustrate how we find in these early portraits defining elements of American character and American art.

There must have been something very special about the ancient city of Bouthroton: Virgil’s Trojan prince Aeneas marvels at the place in The Aeneid, and Cicero remarks that no place could be ‘quieter, cooler, or prettier’. By the 1st century BC, the settlement was already several hundred years old, with a past steeped in legend. Today the archaeological site of Butrint, a National Park and UNESCO World Heritage Site, bears witness not only to the Romans, but to many other phases of its history. This lecture traces the changing fortunes of the city from a Hellenistic sanctuary site to the wild and beautiful peninsula visited and painted by Edward Lear in the century before it was excavated.

The Buildings of the British in India: The Long Quest for an Appropriate Style

Whilst in the time of the East India Company the British constructed their buildings in India almost exclusively in the ‘ordered’, ‘civilising’, classical style, such imposition of the western architectural tradition sat ill with many Victorians. This lecture explores the very British struggle to secure an architectural style for India, a style which might be both fitting as well as distinctive.  Ever in the shadow of the last great empire builders in India - the Mughals - whose visually alluring architecture was universally admired, the failure to identify an appropriate architectural style for the Raj played on British insecurities. While buildings erected in styles ranging from the Gothic Revival and Indo-Saracenic to Baroque fusion impressed, none were considered to truly fit in their context.  It took the brilliance of Edwin Lutyens to provide resolution.

Why do we need dark music? For Aristotle, tragedy was the means to achieve ‘catharsis’ - purging of painful emotions. For Nietzsche it was the highest demonstration of how art could help us, in a terrifying uncertain world, ‘say yes to life’. And for many Russians, enduring the terrors of Stalinism and the Second World War, Shostakovich’s music in particular was a lifeline and a beacon of hope. Yet Shostakovich’s output contains some of the most desolate, heart-rending music written in the 20th century. How is it that such music can help us, sometimes more profoundly than music designed to sheer us up? Stephen Johnson, author of How Shostakovich Change My Mind, looks to psychology, philosophy and his own personal experience to provide possible answers.

To register your interest for our 2020 London Lecture Afternoon,
please e-mail alerts@martinrandall.co.uk. 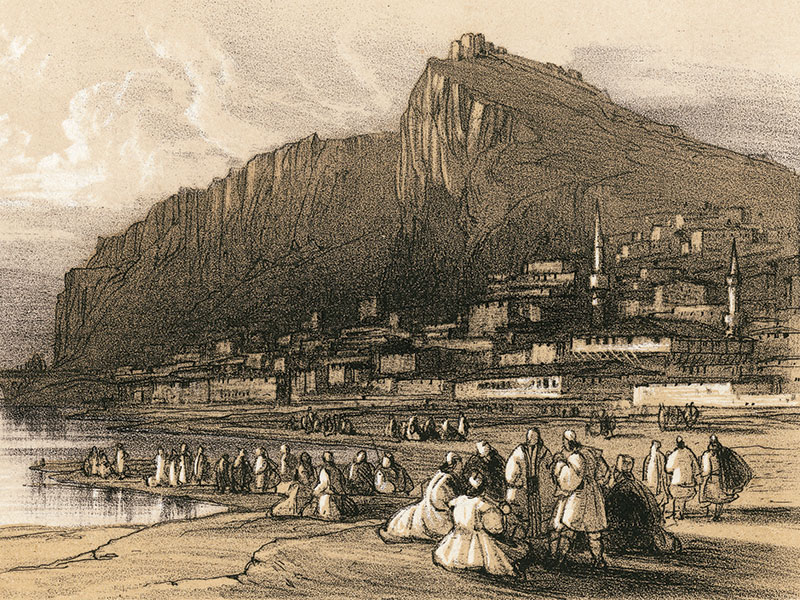