Martin Randall: The charms of Prague

My first visit to Prague in 1985 was a revelation. I had not anticipated the hundreds of acres of utterly enchanting streetscape, the magnificent architecture of every era from Romanesque to early Modernism, the magical appeal of distinctively Czech forms and designs.

I was captivated – even though the buildings were blackened by pollution and neglect, hotels and restaurants few and shops practically non-existent; Communist rule had been impoverishing the country in every way for nearly forty years. A frequent visitor ever since, I was lucky to experience the joy of watching the city being repaired, restored and opened up after the 1989 Velvet Revolution.

Over the next couple of decades Prague came to match other ‘western’ capitals for prosperity and sophistication. (Politics distorted geographical perception: far from being in eastern Europe, Prague is at the heart of the continent – in fact 200km closer to Dover than Vienna.) Tourists poured in too, but equilibrium has now returned as facilities better match numbers, and back-packers and stag parties have moved on to more affordable destinations. Prague, Old Town Square (Church of Our Lady Before Týn in centre)

Remarkably, there was one year in the 1990s when the Czech Republic became Martin Randall Travel’s second most popular destination. In 2001 we staged a music festival there – and we remain puzzled why we allowed a seventeen-year gap before the next one.

For 2018 we have a very exciting line-up of musicians for programmes that explore all aspects of Czech music in some of the finest halls and churches in the region:

The Wihan Quartet: Mysliveček, Koželuch and Dvorák in the Baroque hall of the Břevnov Monastery.

The Sixteen with Harry Christophers: Renaissance Polyphony, Bohemians and Byrd, in the Gothic Church of Our Lady Before Týn in the Old Town Square.

Bennewitz Quartet: composers from the Terezín concentration camp, in the Alhambra-inspired Spanish Synagogue. Book now on A Festival of Music in Prague

View all tours to the Czech Republic 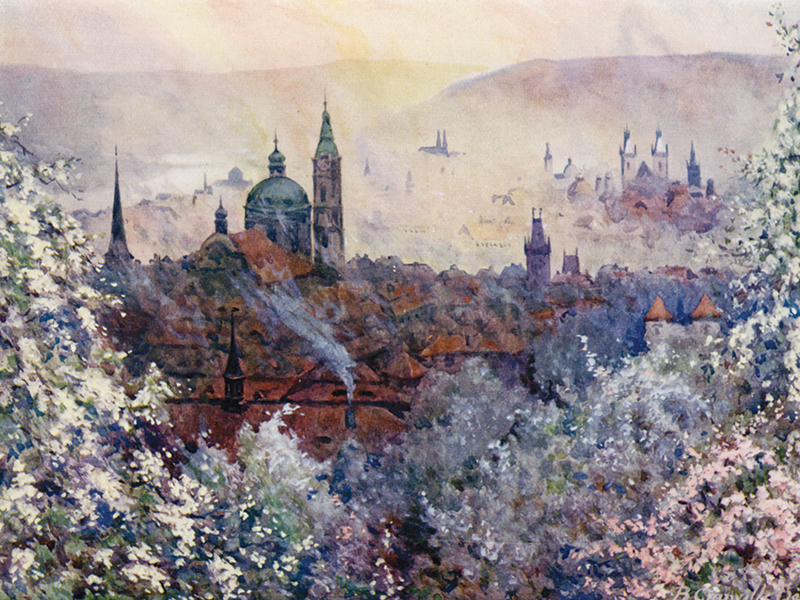