I’ve long been fascinated by the idea of the Sublime. It evades easy definition, but we generally understand it to be – in Edmund Burke’s famous phrase – “whatever… is productive of the strongest emotion which the mind is capable of feeling.”

The world is full of landscapes that stir, beguile and, even, frighten us. But Patagonia might not be a region you associate with overwhelming beauty or drama. Travellers from Charles Darwin to Bruce Chatwin have preferred to underline the flatness and aridity of the vast steppe, and the difficulties of settling such a (for them) faraway corner of the planet.

On the trip I’ll be leading in autumn 2020, we will see coastal steppe around Puerto Madryn. It was here that the Welsh landed in 1865, committed to establishing a free, religious-minded, Welsh-speaking homeland far from repressive England. Theirs was a story of overcoming strife, and you have to see the wild, windy emptiness to grasp what they achieved. The scale of the open landscape and huge skies is overwhelming; but it’s not dead – the steppe is a habitat for pumas, guanaco and many birds, and the Atlantic Ocean and littoral teem with marine life.

Tierra del Fuego is verdant and rolling; indeed it looks a bit like the Wales the colonists were fleeing. When Europeans first settled, in the late 19th century, they lived alongside some of the most primitive tribes in the Americas; the same natives Magellan had spotted in 1520 carrying fires in their canoes – hence the name “Land of Fire”. This region was dubbed “uttermost part of the earth” by the British author and sheep farmer Lucas Bridges. Above Ushuaia, the southernmost city in Argentina, rises a chain of spiky mountains that are snow-capped even in summer. It can indeed feel like the “fin del mundo”.

Perhaps the most stirring – and easily the most photogenic – of all Patagonia’s scenery is that found in the Andean valleys of southern Argentina, where immense beech forests cloak the bases of rugged peaks and glaciers jut out from the Southern Ice Field to reach down to turquoise-hued lakes. Perito Moreno, the expanding glacier of Lago Argentina, is one of the more obviously Sublime standout moments of the tour. We won’t only see landscapes, of course. Patagonia’s culture and human geography, much changed since Chatwin’s visit in the mid-1970s, are also major draws to the modern explorer. We’ll see the estancias, study the history of exploration, take a beginner’s class in glaciology and find out about the missionaries, convicts and gold-hunters who first struck out for South America’s deep south. We’ll also taste the region’s wines, dine on the locally famous Patagonian lamb, and try the delicious meat of the spider crabs of the Beagle Channel.

On my last visit to the region, in early 2019, I spent some time with a thirty-something guide who had been born and raised in Tierra del Fuego. I asked him what he thought of the way his homeland had been branded the “end of the world”. His reaction was immediate: “For me, it’s the beginning.” He went on to talk passionately about the environment, indigenous history, flora and fauna.

I like that idea. The notion that Patagonia can make us reconsider our place on the planet. That might well be the 21st century meaning of Sublime.

Chris Moss is a journalist and writer specialising in the cultural history of Argentina. He studied theology, English literature and education, before moving to Argentina in 1991. After returning to the UK he wrote for BBC History, the Daily Telegraph, Time Out and others. He has written and edited several guidebooks, as well as a cultural history of Patagonia and a literary compendium for London commuters. He writes on South American music for Songlinesand compiles tango albums.

He leads The Making of Argentina - A creative history from the Atlantic to the Andes in October 2019 and Patagonia: ‘Uttermost Part of the Earth’ - History, legends, landscapes and wildlife in southern Argentina & Chile in November 2020.

View itinerary for The Making of Argentina

View itinerary for Patagonia: ‘Uttermost Part of the Earth'

View all tours with Chris Moss 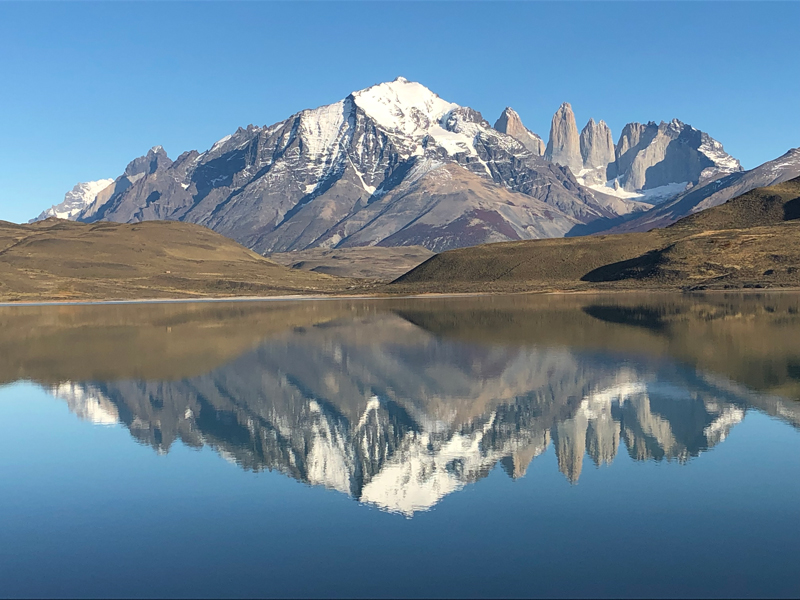