MRT clients know Professor Antony Spawforth to be an exceedingly knowledgeable and enthusiastic lecturer. His new book, 'The Story of Greece and Rome' looks in-depth at these intermingled civilisations which formed the greatest legacy of the classical world.

Spanning the rise and fall of the Greco-Roman world, this excellent survey ranges from the Aegean city-states that became Greece, to the final days of the Roman Empire in the fifth century CE. Through an interdisciplinary approach that includes history, anthropology, and literature, Spawforth follows the thread of civilisation to the coming of Christianity and the consequences of the first caliphate.

In addition to this historical narrative, Spawforth vitaly provides a fresh exploration, which tells the extraordinary story of the classical world in its entirety. Contradictory to the perception that the "civilised" Greek and Roman empires spurned their ‘barbarian’ neighbours, Spawforth recognises how, to varying degrees, they were receptive to external influences, particularly from Mesopotamia, Egypt and Carthage.

Erudite and conversational, this accessible work provides an insight to the classical world which is entirely fresh.

"Informed, informative and thoroughly enjoyable ... A book that brings the past back to life." – Peter Frankopan, author of The Silk Roads.

Professor Antony Spawforth. Historian, broadcaster, lecturer and writer specialising in Greek and Roman antiquity and in rulers’ courts. Books include The Complete Greek Temples, Greece: An Oxford Archaeological Guide (with C. Mee), and Versailles: A Biography of a Palace. Formerly Assistant Director of the British School at Athens, he is now Emeritus Professor of Ancient History at Newcastle University. 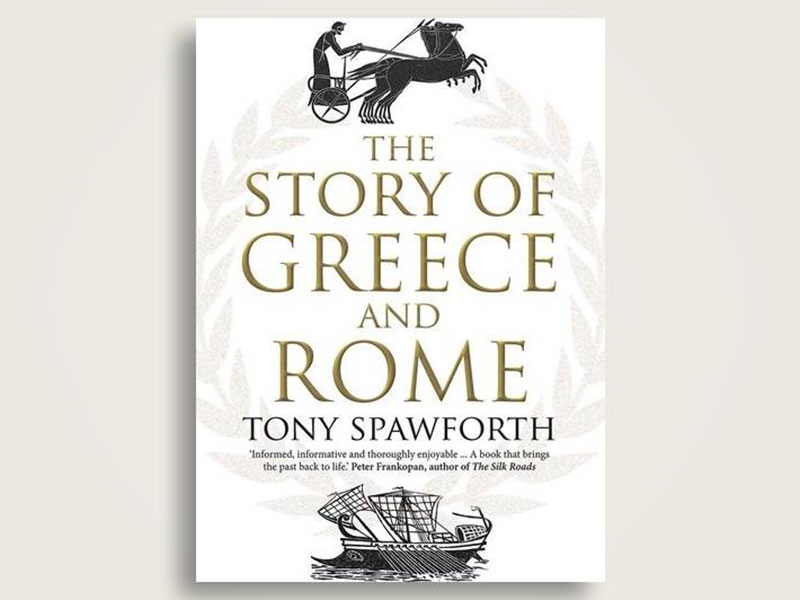