Makers of Versailles: from Glory and Excess to Revolution and Resurrection – four online talks by Professor Antony Spawforth

The Palace of Versailles as we see it today is stamped with the personalities of a succession of remarkable individuals, from the kings and queens under absolute monarchy who created it, to the curators and custodians who have directed the ambitions of the modern museum in (largely) republican France. Taking a chronological approach, this is a journey through the spectacular royal residence, touching on architecture, interiors and furnishings, the life of the French court, and the major historical events in which it played a part.

They take place every Tuesday from 6–27 April at 4.30pm GMT+1 (11.30am EDT) and, including Q&A, will probably last just under an hour. They are available for viewing for eight weeks after the last episode is streamed.

Pride, paranoia and insecurity are among the reasons given for Louis XIV’s obsessive creation of a new royal palace and seat of government in a rural backwater. This talk examines the profound “reasons of state” that shaped his vision, including France’s international rivalries and civilisational ambitions, suspicion of the high nobility, and a conviction that the king’s glory was France’s.

Louis XIV’s successor, the handsome Louis XV, was half-hearted about his inherited role as the cynosure of a brilliant court. Louis XV adapted Versailles—still the seat of power—for intimacy with a select few, notably his mistresses. In 1757 there was an attempted regicide. As well as these developments, the talk explores court life and the palace’s varied population under Louis XV.

Louis XV’s awkward grandson Louis XVI had even less desire to shine in majesty. At Versailles, he preferred private pursuits in his nest of backrooms. His queen, Marie-Antoinette, spent freely on a secluded idyll in the grounds. The court thinned. In 1789 an insoluble hole in the public finances triggered a revolution which forced king and court out of the palace—for good.

Emptied but intact, the palace survived the Revolution. In the 1830s King Louis-Philippe, as obsessed with Versailles as his ancestor Louis XIV, poured money into converting the derelict palace into a museum of “France’s glories”. Since the 1890s curators have sought to resurrect the royal palace—a fascinating story. The talk will also probe the popular impact of Versailles in more recent times.


Register for the webinar series for £55 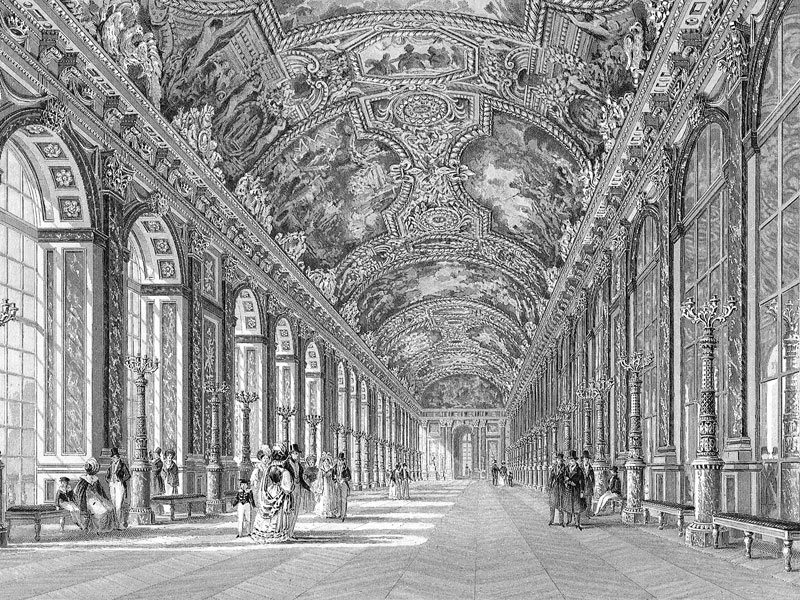