Whatever your interest in music, this wide-ranging series should prove fascinating. From teaching in prisons to the myth of Mozart’s Requiem, from Mahler and Mann to a history of performance, these talks will be revelatory, challenging, uplifting. We have gathered distinguished figures in the world of music and scholarship to talk about subjects on which they are leading experts.

They take place every Thursday from 4 March to 22 April at 4.30pm and, including Q&A, will probably last just under an hour. They are available for viewing for eight weeks after the last episode is streamed.

Register for the webinar series for £85

The premiere of Mahler’s colossal Eighth Symphony in Munich in 1910 was a sensation. It changed Mahler’s reputation overnight and left a profound imprint on the artistic and intellectual stars who attended. A year later, Thomas Mann wrote Death in Venice, by his own admission heavily influenced by that Munich experience. But the story of how Mahler’s Eighth affected the novel is more complex and interesting than the popular account, post-Visconti, would have us believe.

Writer, broadcaster and lecturer, Stephen Johnson presented BBC Radio 3’s Discovering Music for 14 years and is the author of books on Beethoven, Bruckner, Wagner and Mahler.

The world of opera employs a small army of orchestral players, choristers, principal singers, directors, conductors, set and costume designers, wardrobe and technical staff to put on a show. This talk follows the development through vocal score, set and costume designs, workshops and craftspeople, to the rehearsals and the preparations for the dress rehearsal and the first night.

Dramaturg at Welsh National Opera from 1989-2012, Simon Rees is a freelance writer, lecturer and translator, teaching at the Royal Welsh College of Music and Drama and at the Wales International Academy of Voice.

In the context of 18th-century England's mania for landscape and the rural scene, Jonathan Keates looks at Handel's own pastoral yearnings, emerging in often unlikely places in his operas and oratorios. He identifies the composer as a proto-Romantic, seeking solace in nature from the crotchets and contentions of musical London.

Jonathan Keates is the author of Handel, The Man and His Music and Messiah: The Composition and Afterlife of Handel's Masterpiece as well as many others on subjects including Purcell and Venice.

As concert-goers, we know how deeply music moves us yet think of it less often, perhaps, as a therapeutic tool. Here, concert pianist Clare Hammond describes how her perspective on music and its communicative power has been transformed through her own struggles with mental illness and subsequent work in prisons.

A pianist of “amazing power and panache” (The Telegraph), and recognised for the virtuosity and authority of her performances, Clare also talks about music with rare perceptiveness and sensitivity.

Mozart’s final year, 1791, has long been a gift to the romantic imagination: a thirty-five-year-old dies, apparently in abject poverty, while writing a Requiem commissioned in mysterious circumstances, and receives a pauper's funeral amid a violent snowstorm. This talk sifts known fact from embellishment and explores an astonishingly fertile year that culminated in The Magic Flute, the Clarinet Concerto and the unfinished Requiem.

Writer, critic and lecturer, Richard Wigmore is among the most perceptive and articulate musicologists of our time. The Viennese School is his speciality.

6. Wagner and Vienna: Fin-de-Siècle hothouse and the Gesamtkunstwerk by Barry Millington (8th April)

The Wagnerian concept of the Gesamtkunstwerk was kicked about in fin-de-siècle Vienna like an aesthetic and ideological football. This talk examines a cluster of stellar figures in the Modernist constellation, namely Kandinsky, Schoenberg and Kokoschka – with Alfred Roller and Alma Mahler making coruscating appearances on the periphery – to determine how influential were Wagner’s ideas in cross-genre art forms.

A leading authority on the composer, Barry Millington is a music critic with over forty years’ experience on The Times and London's Evening Standard and Editor of The Wagner Journal.

7. Josquin des Prez: what made him a ‘Master of Musicians’? by Professor John Bryan (15th April)

Josquin, who died exactly 500 years ago, was regarded by fellow musicians and his employers as a dazzling star. What aspects of Josquin's music make it stand out from that of his contemporaries? By tracing Josquin’s career and travels, and investigating selections from his compositions, we may begin to understand what made him such an influential ‘Master of Musicians’.

John Bryan, Emeritus Professor of Music at the University of Huddersfield, enjoys a career that combines the research and teaching of Renaissance music with performance, with many highly acclaimed CDs to his credit with Musica Antiqua of London and the Rose Consort of Viols.

8. The Life of Music: performance across the centuries by Sir Nicholas Kenyon (22nd April)

Music is a living art, more than just notes on the page, and today our experience of music has changed radically because the entire past and present of music is available to us through technology. Drawing on accounts of performance from across the centuries, Nicholas Kenyon provides a fresh new perspective on the Western classical tradition, and speculates on the challenges of recovering live music-making from the present pandemic.

Managing Director of the Barbican Centre, London, Nicholas Kenyon was previously Controller of BBC Radio 3 and Director of the BBC Proms and is author of books on Bach, Mozart, and Simon Rattle.


Register for the webinar series for £85 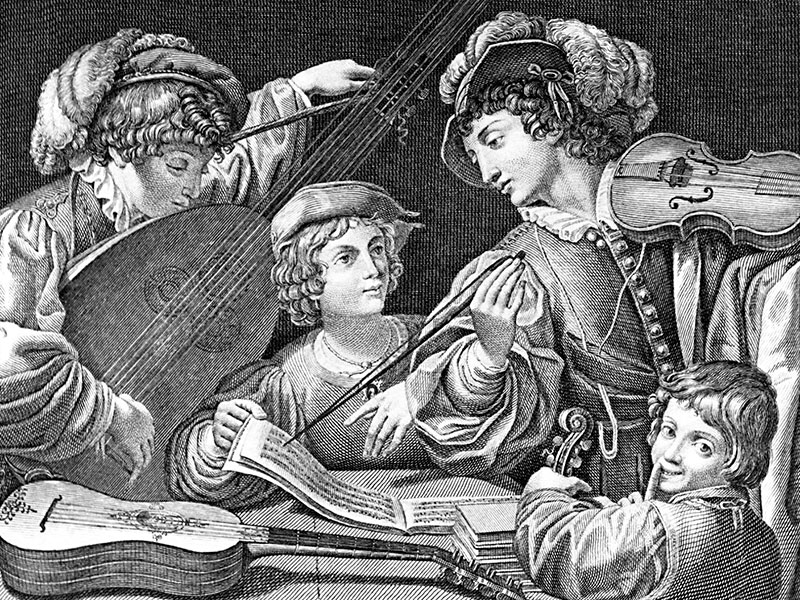