Many of the greatest operas by Verdi, Wagner, Bizet and Puccini are celebrations of the cities in which they are set, reflecting the specific historical periods in which the stories take place. La bohème shows the Paris of Louis-Philippe, before Hausmann’s demolition of the city’s squalid but picturesque medieval quarters. Die Meistersinger is a portrait of Nuremberg as much as of its inhabitants. Tosca takes place in Rome the day after the Battle of Marengo, 14 June 1800. Opera directors and designers look for clues about the settings of these operas in contemporary images and existing buildings.

In my work as Dramaturg at Welsh National Opera, I spent much time tracking these down so that the designers could use them – or ignore them – at will. An actual walk in Rome following the triangular path of the characters in Tosca from church to palace to fortress is a worthwhile one. When that is not possible, an illustrated lecture can work as a guided tour. The same is true of Seville, where the grandeur of the Tobacco Factory always astonishes visitors, along with the detailed relics of the days when Carmen rolled cigarettes for a living, alongside her other nefarious occupations. I know these operas and cities well, and it will be a pleasure to take you on these virtual tours.

They take place every Tuesday from 5 October to 2 November at 4.30pm GMT+1 and, including Q&A, will probably last just under an hour. They are available for viewing for eight weeks after the last episode is streamed (28 December).

Bizet’s opera Carmen is set in Seville at the beginning of the 19th century. Carmen famously worked in the tobacco factory in Seville, which survives as a magnificent Baroque palace, now the seat of Seville University. Nearby is Candilejo, the street where Lillas Pastia has his tavern, which in turn is not far from the spectacular bullring of the Plaza de Toros de la Maestranza, where Carmen meets her fate.

Puccini’s Tosca, set in 1800 at the time of the battle of Marengo, takes place in Rome. Through the three acts we move from the Baroque interior of the Church of Sant’ Andrea della Valle, to the looming Palazzo Farnese where Scarpia has his torture chamber, and finally to the battlements of the ancient Castel Sant’ Angelo, where Cavaradossi awaits execution as the bells ring and the sun rises over the Roman skyline.

Puccini’s Madama Butterfly is based on an account of the life of a Nagasaki geisha, Cho-cho-san. Nagasaki at around 1900 was a bustling port, with sailors of all nations crowding the docks. The opera shows us the port of Nagasaki from the breathtaking vantage-point of the hillside above the bay, where Butterfly has her house, built of wood and paper in the traditional Japanese style. Japanese and Western costumes, kimonos and bowler hats, were mixed and matched during this period, as vivid photographs and wood-block prints show.

Wagner based his characters on Nuremberg craftsmen, led by Hans Sachs the shoemaker-poet. Nuremburg in the 16th century was a jumble of streets, enclosed in a wall above which jutted the spires of the city’s many churches. This lecture will show you the panoramic view from the Nuremberg Chronicles of 1493, alongside prints from Jost von Amman’s Book of Trades (with text by Hans Sachs himself) with their detailed images of craftsmen, workshops and the tools of each trade.

Puccini’s La bohème is based on Henri Murger’s play, set in the Latin Quarter of Paris at the time of Louis Philippe. Here students, poets, musicians and painters mingled with seamstresses, milliners, grisettes and demi-mondaines, in attic flats, street-side cafés like the famous Café Momus on the Right Bank near Saint-Germaine-l’Auxerrois, and the tollhouses at the Barrière d’enfer. Murger himself and many of the opera’s characters were photographed with haunting realism by Nadar, the first great portrait photographer. 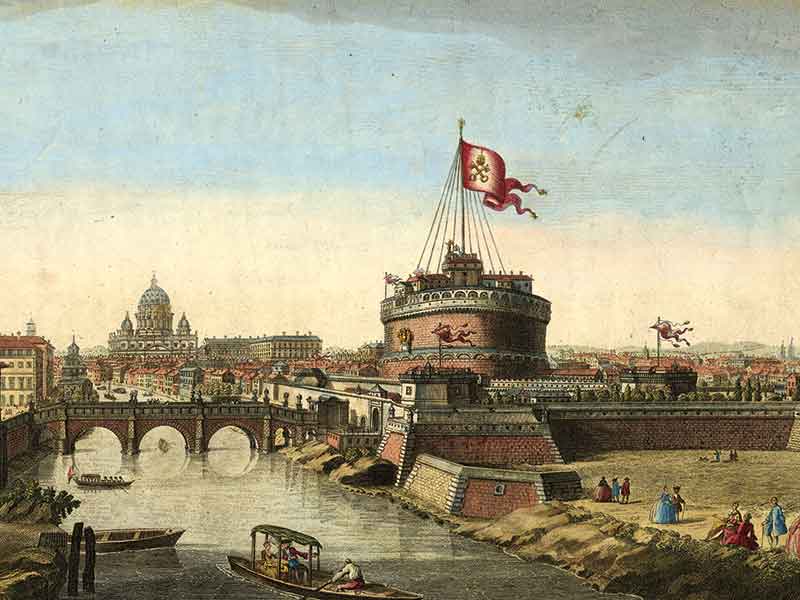