The English medieval parish church is a remarkable resource. Nearly 9,000 survive, an extraordinary number, though far more are in rural settings than in urban. These churches developed a formal repertoire that constitutes an architectural genre in its own right and number among them some of the most vital and inventive realisations of English medieval culture.

They take place on consecutive Mondays, Wednesdays and Fridays from 22 March to 2 April at 4.30pm and, including Q&A, will probably last just under an hour. They are available for viewing for eight weeks after the last episode is streamed.

The English medieval parish church is a remarkable resource. So many were built that Ranulf Higden claimed 45,002 existed by the Norman Conquest, a staggering exaggeration even by the standards of 14th-century chroniclers. Modern historians reckon between 8,000 and 9,000 survive. That is still an extraordinary number – though it disguises an uneven distribution pattern. Far more survive in rural settings than in urban. Nonetheless, these churches developed a formal repertoire that constitutes an architectural genre in its own right and number among them some of the most vital and inventive realisations of English medieval culture.

How were parish churches created – by and for whom? One historian has compared their emergence to mushrooms in the night. By 1200 a raft of episcopal ordinances, and dispute settlements had grown up that defined and circumscribed parish churches, but before this it is difficult to discern the motors behind their creation. Most were built of wood - however by the 11th century masonry structures, like St Bene’t, Cambridge, or Bywell on the river Tyne began to appear.

Tucked away in a formerly Welsh-speaking corner of south-west Herefordshire, Kilpeck is an unusually complete Romanesque parish church, celebrated for its elaborate sculpture. The form of the church – a simple sequence of compartments separated by arches – was well established by the 1130s when Kilpeck was built. The sculpture, by contrast, was not. This is carving of a virtuosity and invention that would not go amiss on a European great church. Where did these sculptors come from, and how was it that the parish church became a vehicle for architectural elaboration? What propelled the parish church into the artistic foreground?

The character and shape of the parish church changed in the decades to either side of 1200. Lightweight, aisled naves appear, chancels are lengthened, architectural divisions dissolve in favour of wooden screens. Above all, naves grow long. The seeds of the late medieval parish church were born - sown, it seems, amid the booming fertility of the Norfolk and Lincolnshire Fens.

4. The Decorated Explosion: every window a different design? (29th March)

What ultimately brings a new character to the English parish church is window tracery – elaborate tracery with a capacity for architectural drama. Though this may seem obvious, the tracery window brings more than light and glass into play. It redefines the interior of a church, directing attention towards large set-piece east and west windows. The reliability of the stone armatures used in tracery windows was also probably important in feeding an appetite for lighter church interiors. Thus, tall and wide aisles finally came of age.

Imagine a substantial medieval town church and what comes to mind is a Perpendicular church; St Peter Mancroft in Norwich, St Mary’s Nottingham, All Saints North Street in York. As much at home in market towns as cities, the clean lines, big windows and systematic qualities of Perpendicular architecture acted as a foil to the wealth of imagery demanded by the urban elites. Allied with towers and spires they transformed the landscape. English towns such as Louth (Lincs), Cirencester (Gloucs), Tiverton (Devon) or Coventry even now are in thrall to their late medieval churches.

Holy Trinity at Long Melford is the best documented late medieval parish church in England. Reconstructed towards the end of the 15th century in an operation which involved using the earlier arcade as a platform for a taller and wider interior, Holy Trinity’s architectural shell epitomises the combination of spaciousness and consistency that seems to have been an aspiration shared by many 15th-century parish communities. That is was done with such elan may be laid at the door of one well-connected parishioner in particular. Long Melford’s fixtures and fittings were recorded in a set of inventories while a highly personal narrative account of the church also survives, describing Holy Trinity before much of its imagery was stripped out. Thus, it is also possible to recreate something of how the church functioned, from the perspective of a parishioner who lamented the end of the medieval parish church as a living entity.


Register for the webinar series for £70 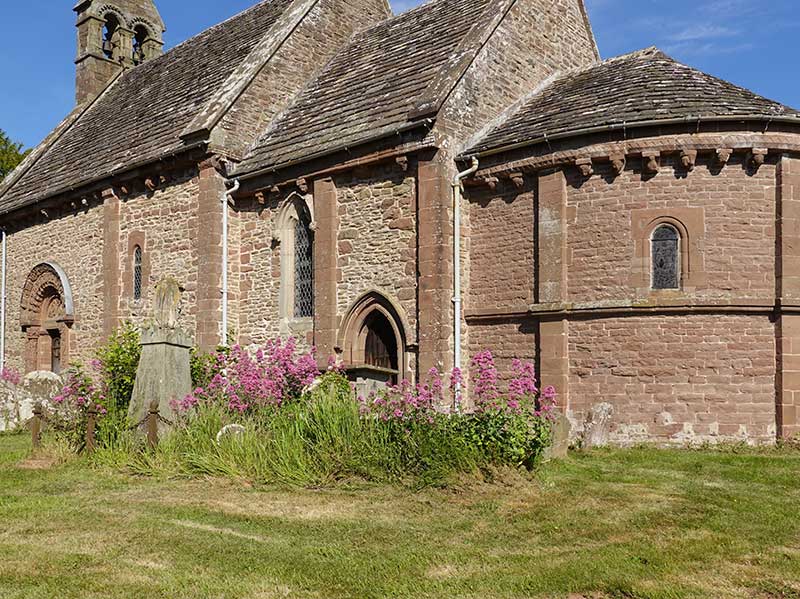