The West Bank: a diamond in the rough

The West Bank, part of the Occupied Territory of Palestine is a wonder to behold. Despite being one of the world's most religiously diverse, culturally rich and geographically varied regions, its relatively small size enables you to visit an incredible amount in less than ten days. Our itinerary has been designed to balance visits led by the lecturer with free time, which provides you with the perfect opportunity to spend a morning learning from an esteemed scholar before losing yourself within one of the many souks or simply relaxing by the pool.

Travelling in October, the end of the warm season, avoids the harsh summer sun; and if gastronomy takes your fancy then prepare yourself for some of the most delicious dishes that the Middle East has to offer.

Of course, the political context of the region cannot be ignored. The media coverage of the Israeli-Hamas conflict that began with the kidnapping of three Israeli teenagers back in June 2014 is likely still to be in the back of your mind, and may well have put you off travelling to Palestine in the last six months. It is important to remember that the media coverage focused almost solely on Gaza, and Gaza and the West Bank are entirely separate geographical entities. The party in power in the West Bank is not Hamas but Fatah, who acknowledge the existence of Israel and who still intend to push forward the peace process. Most importantly, both the Foreign Office and our independent private security advisers, Control Risks/ International SOS, do not advise against travel to the West Bank, which means that if you are travel-smart, as you would be when travelling abroad to any destination, then there really is no reason not to journey to Palestine.

I travelled there as a tour manager in October 2014. The tour starts with four nights in Bethlehem and begins with the wonders of Herodian and Mar Saba. Both sites are architecturally awe-inspiring. The monumental fortress of Herodian, the supposed burial place of King Herod himself, is built on a man-made hill in the Judean desert 760 meters above sea level; the ancient monastery of Mar Saba sits breathtakingly on a the edge of a vertical cliff which drops into a seemingly never ending ravine below.

This is certainly not the time to forget your camera. Other visits include a morning spent in Hebron visiting the Haram Al-Khalil, the fourth most important site in Islam and one of the most amazing buildings to survive from antiquity, and a visit to a glass workshop. Our time in Bethlehem ends with an afternoon spent in the deeply impressive 4th-century Church of the Nativity and free time to wander the beautiful cobbled streets of the Old City and Manger Square.

We leave Bethlehem for two nights in a city with almost 10,000 years of archaeologically visible history – Jericho. We begin with a cable car trip to the Monastery of Temptation for magnificent panoramic views of the Jordan Valley and the Dead Sea, home to a multitude of unparalleled archaeological sites. We visit Qumran, where the Dead Sea Scrolls were discovered; Hisham’s Palace, a ‘desert castle’ belonging to the Umayyad dynasty, and the UNESCO World Heritage Site of Tel as-Sultan.

The final leg of the tour finishes with what I would call the highlight of any trip to the West Bank – Jerusalem. We begin with a walking tour atop the ancient city walls from which you can align yourself with the four quarters of the Old City. Home to all three monotheistic faiths, Christianity, Judaism and Islam, the visits to the revered Church of the Holy Sepulchre and the mosaic adorned Dome of the Rock enable you to fully appreciate the religious and historical significance of the city.

When refreshments are required, pay a visit to one of the many incredibly friendly vendors for sweet baklava and fresh pomegranate juice. A visit to the extensive archaeological collection at the Rockefellar museum enables you to contextualise all you have seen during the nine-day trip, which finishes with moving panoramic views from the Mount of Olives.

It really is very difficult, if not impossible, to find a destination that can compete with Palestine in terms of cultural richness, religious significance and archaeological abundance. I urge you to go to this spectacle of a region because Palestine really is the definition of a diamond in the rough. 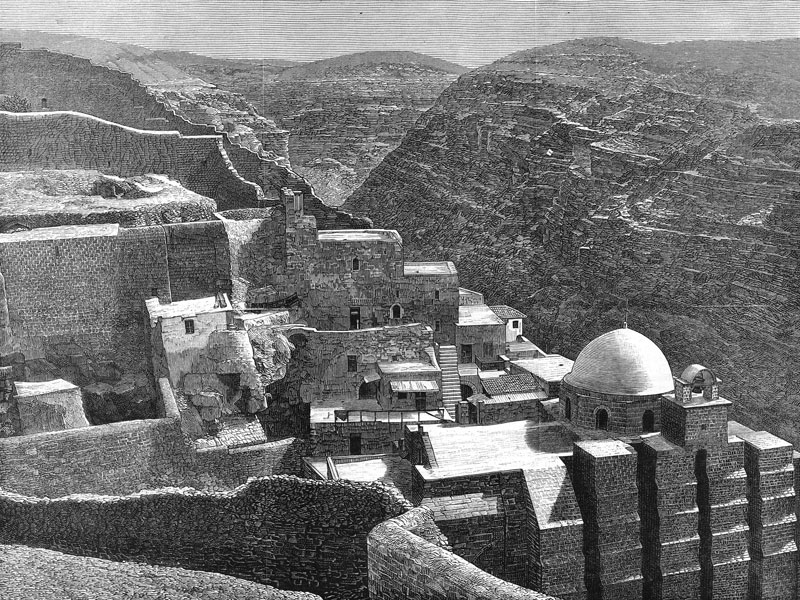