Barnaby Rogerson, author, lecturer and owner of Eland Books, the independent travel publisher, introduces six of his favourite travel books. He has led numerous tours and London Days for MRT, from the Romans in Africa to The London Backstreet Walk. Here, he describes how his experiences as a tour leader have fed into his other work, and recommends some travel memoirs to free the imagination during this time of confinement.

Beneath the generous wings of Martin Randall Travel hundreds of freelance careers have been sheltered. There is hardly a travel writer or an art historian of my acquaintance who has not worked for MRT over the last 30 years. The company give us an interested and alert audience, punctuates our diary with the black ink of a real commitment, flies us to exotic places and accommodates us in highly conducive surroundings. The staff are also fantastically efficient in their advance preparation, in the back-up paperwork and in their support for tour leaders. All that is asked in exchange is for us to share our historical passion – and wear a wristwatch for the duration of the tour!

In this period of lockdown, I have been talking to a few other MRT lecturers and they all agree that lecture-travelling has also served us in many other useful ways. You are not talking to fellow academics, so the questions you encounter are much less self-serving, much more interested in the narrative and much more unexpected. They come from people who have thought their way through other career paths and know other disciplines. I am not alone in keeping an eye out for what interests a group during a tour and do market research for my own writing while on the hoof. What provokes their interest? What has caused them to close their ears in boredom? As a reflection of this engagement, I have included two very different MRT incidents – one in Libya, one in Algeria – in my recent book, In Search of Ancient North Africa: a history in six lives.

Apart from in transit, long immersive reading and MRT tours do not always go together, for there is simply too much going on, too much to be seen, too much to be enjoyed and talked about over dinner, for there to be any real time to read. There will always be a few members of a group who have done an impeccable amount of preparatory reading, but the majority will rely on the lecturer to be their walking cultural library. Consequently, it is my opinion that just as many travel books get read after a tour as before one. If it has been a good tour, dozens of windows of further interest, doorways of architecture and corridors of history will have been opened up.

With this in mind, I offer up half-a-dozen books for the current lockdown. My publishing company Eland has been in business for even longer than MRT, and although we can’t compete with 365 tour departures a year, we have now built our collection of great travel into a library of over 120 titles. We love them all.

My Early Life by Winston Churchill is one of our consistent best sellers. Bill Deedes called it “the best of all his books” and Max Hastings rates it as “the work I have enjoyed most this century”. Aside from the extraordinary understanding it gives you of the first 25 years of Churchill’s life, it has it all: skirmishes in the North-West frontier, a messy Cuban war, the charge of the 21st Lancers at Omdurman and his escape from captivity during the Boer War. And it is set against the agony of a lousy childhood in the silver-spoon political heritage of Edwardian High Society. Portrait of a Turkish Family, by Irfan Orga, came to Eland through the passionate recommendation of Molly Norwich, while she was doing some of the broad background research for her husband John Julius. It is an extraordinary personal tale, that takes you from an old Istanbul family basking in the halcyon days of the Ottoman Empire through the devastation of the First World War, and their impoverishment in the bold new era of the Turkish Republic. It is simply a one off, a Turkish Dr Zhivago, written in 1949 by a Turkish airforce pilot during his London exile.

The Pharaoh’s Shadow has the pace of a detective thriller, for this is a travel book possessed with an extraordinary energy as Anthony Sattin criss-crosses the land of Egypt, connecting up modern festivals and contemporary beliefs with the historical culture of ancient Egypt. In the end it is not the shared heritage of Islam and Isis that is as surprising as the cast of dream-driven archaeologists and mystics that he uncovers. It was hailed by Youssef Rakha as “robustly straightforward, meditative in exactly the right degree and finally gripping.” Warrior Herdsmen was written by a young American mother (Elizabeth Marshall Thomas) who was nursing two young children while she lived for six months in the company of a cattle-herding tribe (the Dodoth) in the hills of northern Uganda. It is the most extraordinary cultural immersion that we have ever come across, which we only began to understand when we later read her memoirs, explaining her own youth which was spent with the Bushmen in the company of her mother, a professional anthropologist. We will not give the plot away, but her account is driven by an extraordinary internal narrative of tension, which builds between her hosts and their ancient tribal enemies, the Turkana. John Freely’s Stamboul Sketches is an unlikely classic travel book, for it was created from the offcuts of an editor’s scissors. It is made up of all passages that were too personal, too capricious, too indulgent of eccentric personalities, musicians, gypsies, dervishes, fortune-tellers to be included in a scholarly guidebook to Istanbul. It is a chronicle of chance encounters, a beautiful, quirky portrait of a city which Freely tells us, “grabs you by the heart and never lets you go.”

The Light Garden of the Angel King captures Afghanistan in the untroubled decades before the Russian invasion, when Peter Levi (by turns a Jesuit, a poet and a teacher of Latin) rode across its mountains accompanied by the young Bruce Chatwin. Their passionate quest to identify the monuments left behind by a roll call of ancient cultures is now just a precious memory of the past, but one that lives on in the pages of this work. “A beautiful book, a poetic evocation that is worthy of place beside Kinglake’s Eothen and Robert Byron’s Road to Oxiana” in the words of Jan Morris. View all literature and drama tours 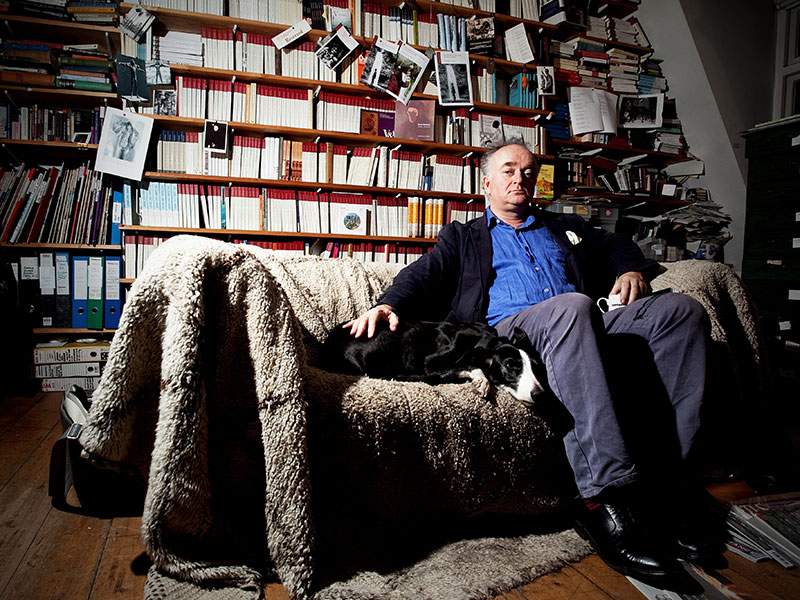