Cities of Catalonia - 2,000 years of art and architecture, from Romans to Modernistas

A journey through the rich, complex and colourful cities of this beautiful, varied region.

From Roman and Greek sites, through the masterpieces of the Medieval to the creative genius of the 20th century.

Stay in five-star hotels in rural northern Catalonia and central Barcelona, plus two nights in Tarragona.

This is a land of olive groves and almond blossom, rocky Mediterranean coves set against the backdrop of sandstone steppes and the ubiquitous maquis scrub, refreshed by the invigorating tramuntana wind. Few geographical areas in Europe have such a complex history, have created such an extraordinary culture or engendered such contemplation.

The first invaders in the 6th century bc were the Phocaean Greeks, who founded the trading city of Empurion, a pilgrimage site dedicated to Asklepius, the Goddess of Medicine. Soon the Romans followed suit to establish the powerful western empire of Hispania with its northern capital Tarraco, dwarfing its little sister Barcino – now Barcelona.

By the beginning of the 5th century ad, as Roman power diminished, the small land channel from Perpignan to Port Bou was overrun in turn by Vandals, Suevi, Ostrogoths and Alans, with Visigoths chasing hard on their tail. For a few brief centuries the highly sophisticated Arabs from Córdoba took control, before the marcher territory fell under the influence of the trans-Pyrenean Franks and the Counts of Barcelona. Eventually the condado was absorbed into the Crown of Aragón, fomenting an explosion of Romanesque sculptural masterpieces and dramatic high-keyed fresco cycles.

At the heart of this unique timescape is Barcelona, Catalonia’s beating heart. During the 19th-century Catalan Renaixença, the Ciudad Condal was reimagined and refurbished by Indianos – Cuba trade millionaires showing off their new-found wealth with carved fantasy façades of ironwork, stained glass and the vibrant colour of the almost garish hydraulic tiles.

But, if Barcelona was the Catalan capital, it was out in the countryside and the provincial cities that true genius was born. Standing on the shoulders of giants – with a special love for the visually raucous and raw Romanesque – the masters of surrealism transformed reality.

On his farm in Mont-roig, Joan Miró nursed his magical vision to life. In nearby Reus, Josep Jujol and Catalonia’s architect–patron saint Antoni Gaudí reinvented forever the language of architecture. High in the mountains, in an abandoned convent the abstract artist Antoni Tàpies created hypnotic and zen-like mindscapes from cast-offs, rubbish and the utterly mundane. While in the shadow of Montserrat, Sean Scully’s abstract Stations of the Cross, mute and magical, perfectly demonstrate why he is described as “the bricklayer of the soul.”

Inland in Vic, during WWII the famed muralist Josep Maria Sert created a cathedral as wild and vertiginous as anything by Rubens, Michelangelo or Piranesi, and in the isolated village of Horta de Ebro, the myth of Picasso was born. Finally, out in the sleepy bay of Cadaqués, Salvador Dali exploded rudely into life.

Barcelona, Peralada. Fly at c. 10.45am from London Heathrow to Barcelona (British Airways). On the outskirts of the city, the Monestir de Pedralbes is a 14th-century monastery complex with exquisite cloister arcades and frescoes. Drive north to the Empordà region for the first of three nights in Peralada.

Empúries, Cadaqués, Figueres. Extensive ruins of Greek and Roman cities stand side by side on the coast at Empúries, the gateway to the Iberian peninsula for those civilisations. Along the coast, visit Dalí’s eccentric house and workshop in Cadaqués. Dalí also designed the museum in Figueres that houses a collection of his surrealist works and serves as his burial place. Dinner at Michelin-starred Castell de Peralada.

Girona. Girona has a compact medieval Jewish quarter and Gothic cathedral towering over the river. Important illuminated manuscripts and tapestries are displayed in the chapterhouse. See also the 13th-century Arab baths. There is some free time to explore the city further.

Besalu, Vic, Tarragona. We leave northern Catalonia and drive south to Tarragona. Stop first at the charming and well-preserved medieval town of Besalu, and then Vic. The cathedral here offers a blend of architectural styles from Romanesque to Neoclassical, and was transformed by the wall paintings of Josep Maria Sert during the Second World War. First of two nights in Tarragona.

Mont-roig del Camp, Reus, Tarragona. Visit the family farmhouse at Mont-roig del Camp to which Joan Miró was drawn every summer, and which played a decisive role in developing his art. In Reus visit Casa Navas, one of the finest exemplars of Catalan modernism by Lluís Domènech i Montaner. The afternoon is spent in Tarragona, exploring the ruins of Roman Tarraco and the Romanesque cathedral.

Sitges, Barcelona. Sitges is one of the most fashionable of costa towns and home to Rusinyol’s collection at the Cau Ferrat. See also the adjoining Museu Maricel with its frescoes by Sert. Enter Barcelona via Gaudí’s Parc Güell, the incomplete ‘garden suburb’ with sinuous ceramic-clad tiles and the house where the architect lived for 20 years, now a museum. First of four nights in Barcelona.

Montserrat. Drive out of Barcelona to Gaudí’s crypt at the Colònia Güell, arguably his greatest work, set amongst the pine trees in an industrial paradise. The jagged mountaintops at Montserrat are known as the ‘spiritual heart of Catalonia’. The Benedictine abbey here contains the shrine of the Black Virgin as well as a gallery with works by Dalí and Picasso.

Barcelona. Journey by metro to Montjuic hill via the Mies van der Rohe Pavilion (1929), a small masterpiece of International Modernism. The National Museum of Catalan Art, with altarpieces and detached frescoes from all over the region, is one of the finest collections of medieval art anywhere. The Miró Foundation has a large and important collection donated by the artist. Some free time, before an evening visit of Gaudí’s La Pedrera building of 1906–10.

Barcelona. Morning visit to Gaudí’s Sagrada Familia, the vast, still unfinished church which is one of the best-known buildings in the world. Afternoon flight from Barcelona to London Heathrow, arriving c. 4.00pm. 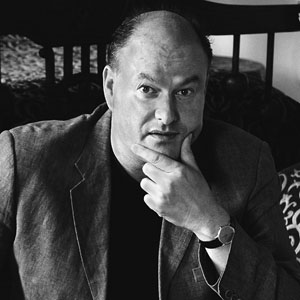 Art historian and author specialising in Spain and the USA. His books include The Sagrada Familia (2017), Gaudí, In the Kitchens of Castile and Guernica and he has published in the Burlington Magazine and Wall Street Journal. He read languages at Utrecht University and Art History at the Courtauld, and undertook postgraduate studies in American art of the 1960s. He has worked in England, the USA and Spain as exhibitions organiser, TV researcher and critic and is a Fellow of the Cañada Blanch Centre for Contemporary Spanish Studies at the LSE. Twitter: @GvanHensbergen | Website: gijsvanhensbergen.com

Air travel (economy class) with  British Airways (aircraft: Airbus 320); travel by private coach; hotel accommodation as described below; breakfasts, 1 lunch and 6 dinners with wine, water and coffee; all admissions; all tips; all taxes; the services of the lecturer and tour manager.

This is a long tour with a lot of walking in town centres where coach access is restricted, some of it on cobbled streets and uphill. There is a lot of standing in museums and churches. A good level of fitness is necessary. It should not be attempted by anyone who has difficulty with everyday walking and stair-climbing. There are some long distances travelled by coach. Average distance by coach per day: 61 miles.