Israel & Palestine - Archaeology, architecture and art in the Holy Land

Some of the most significant and evocative archaeological sites in the western hemisphere.

Several days in Jerusalem – surely the most extraordinary city on earth?

Ancient Canaan, the bridge between Egypt, Phoenicia, Syria and Mesopotamia; land of the Patriarchs, home to the Philistines, the Jebusites and the tribes of Israel. A land where the kingdom of David triumphantly rose around 1000 BC and where the splendour of Solomon’s Temple was created. Jews, Assyrians, Babylonians, Persians, Greeks, Romans and Turks all made their mark; the history of the land is characterised by conquest and exile.

Herod the Great (37–4 BC) was one of the greatest builders of the ancient world. Christianity brought a new wave of construction after Emperor Constantine and his mother, St Helena, in the fourth century AD consecrated the sites associated with Jesus. The final monotheistic religion to arrive was Islam when in 637 AD Caliph Omar conquered Jerusalem. Another religion, and yet another monumental building, this time the Dome of the Rock.

The Crusaders instigated a further burst of building activity, planting Romanesque and Gothic churches and castles tempered by local techniques. Mamluks and Ottomans trampled and rebuilt, and after the First World War, with Jewish immigration accelerating, the British were left to hold the rope until the establishment of Israel in 1948.

Jerusalem is the most extraordinary city in the world. Within the walls – and the complete circuit survives, the current structure being 16th-century – it is largely constructed of ancient and medieval masonry, but it is a vibrant, authentic Middle Eastern city, one with sharply distinct communities. Nowhere else is the historical interpretation of archaeological remains so crucial to current political debate.

Israel and Palestine are extraordinary places where Biblical names on road signs demonstrate the closeness of the distant past and where history, politics and religion are impossible to separate. The tour is led by an archaeologist who uses the remains to illuminate peoples and civilisations of the past. Sites visited are selected for their intrinsic aesthetic or historical merit rather than religious association; it is not a pilgrimage tour.

The tour ranges across two countries, and in none: strictly speaking, the old walled centre of Jerusalem is neither Israel nor Palestine.

Fly at c. 2.30pm (El Al Airlines) from London Heathrow to Tel Aviv, and then drive to Jerusalem. Three nights are spent here.

Jerusalem. The buildings in the Old City and around (the walled kernel has shifted over the millennia) comprise an incomparable mix of ages and cultures from the time of King David to the present day, while continuing to be a thriving, living city. The massive stones and underground tunnels of Herod’s Temple Mount are highly impressive; a walk along the ramparts leads to further Roman-era structures in the Ecce Homo Convent and the Bethesda Pools, and to the Crusader church of St Anne. Overnight Jerusalem.

Jerusalem, Bethlehem. The seventh-century Dome of the Rock stands majestically in the vast Haram ash-sharif complex, complete with Umayyad and Mamluk buildings and the Al-Aqsa Mosque, all on the site of Solomon’s Temple. Drive through the ‘Separation Wall’ to the West Bank. On the edge of the Judaean Desert, the Herodion is a remarkable fortified palace and tomb complex built by King Herod. The fourth/sixth century Church of the Nativity at Bethlehem is one of the greatest buildings of its era, and probably the oldest church in continuous use. Overnight Jerusalem.

Jerusalem. Mainly Constantinian and Crusader but later compartmentalised and embellished, the Church of the Holy Sepulchre is a deeply fascinating building. Today we also see the Roman colonnaded Cardo and the largely 13th-century Armenian Cathedral. Free time is an alternative. In the afternoon drive via Mount Scopus, with a panorama of belfries, domes, minarets and city wall, to the Dead Sea Valley, the lowest place on earth. First of two nights in the oasis of Ein Gedi.

Masada, Ein Gedi. Rising high above the Judaean desert, Herod’s fortified palace of Masada, last redoubt of the Jewish rebellion against Roman occupation in ad 74, is one of the most impressive archaeological sites in the Levant. Spend a free afternoon in Ein Gedi to enjoy the botanical gardens or a swim in the Dead Sea. Final night in Ein Gedi.

Qumran, Jericho, Galilee. Re-enter occupied Palestinian Territories. Qumran is the site of the settlement of the Essenes, a Jewish sect, where the Dead Sea Scrolls were found in 1946. The palm-shaded oasis of Jericho is the world’s most low-lying town and perhaps its oldest continuously inhabited one. The Tel as-Sultan dates back 10,000 years. Nearby, Hisham’s Palace is a remarkably well preserved eighth-century Umayyad palace with the finest mosaic floor in the Middle East, recently restored. Continue north, re-enter Israel and spend the first of two nights in Tiberias.

Sea of Galilee, Tzefat. Visit the archaeological site of Tel Hazor, an important Bronze Age fort and trading centre. Ascend the Galilean highlands to the medieval synagogues and cobbled streets of Tzefat. Descend to the remains of the fishing village of Capernaum, Jesus’s most permanent residence and site of a fifth-century synagogue, and take a boat trip on the Sea of Galilee. Final night in Tiberias.

Akko, Caesarea. Akko (Acre) was the principal city of the Crusaders, though the vaulted halls surviving from that period lie below an enthralling maze of narrow streets, Ottoman khans and modern souqs. Drive beside the Mount Carmel range to Caesarea, founded by Herod the Great and capital of Judaea for over 600 years. Once the largest port city of the eastern Mediterranean, remains include the Herodian theatre, Byzantine residential quarters and a Crusader church. First of two nights in Tel Aviv.

Tel Aviv, Jaffa. Tel Aviv began as an English-style garden city suburb of Jaffa, sprouted a Bauhaus extension (the ‘White City’, a unesco Heritage Site) and grew remorselessly in the later 20th century. Jaffa was a port city from the time of Solomon and remains a charmingly picturesque enclave. Overnight Tel Aviv.

Jerusalem. Drive back to Jerusalem to visit the excellent Israel Museum. This incorporates, among other collections, the Shrine of the Book, which houses the Dead Sea Scrolls and an outstanding archaeological collection. Fly in the afternoon from Tel Aviv, returning to Heathrow at c. 9.00pm. 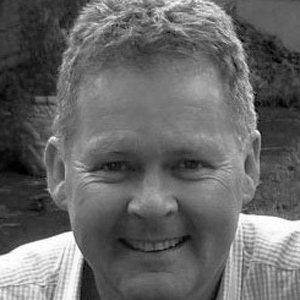 Jerusalem and Oxford trained biblical archaeologist, now living and working in Jerusalem. He has excavated at a number of sites in Israel and Cyprus, most notably in the Philistine capital cities of Ekron and Ashkelon. His interests include eastern Mediterranean trade in the Late Bronze Age and the archaeology of religion in ancient Israel, and he is currently preparing for publication the Palestine Exploration Fund’s excavation in Jerusalem in the 1920s.

Obtained on arrival at no extra charge for most nationalities.

There is quite a lot of walking involved in the tour, some of it over rough archaeological sites. Sure-footedness is essential. Average distance by coach per day: 36 miles. 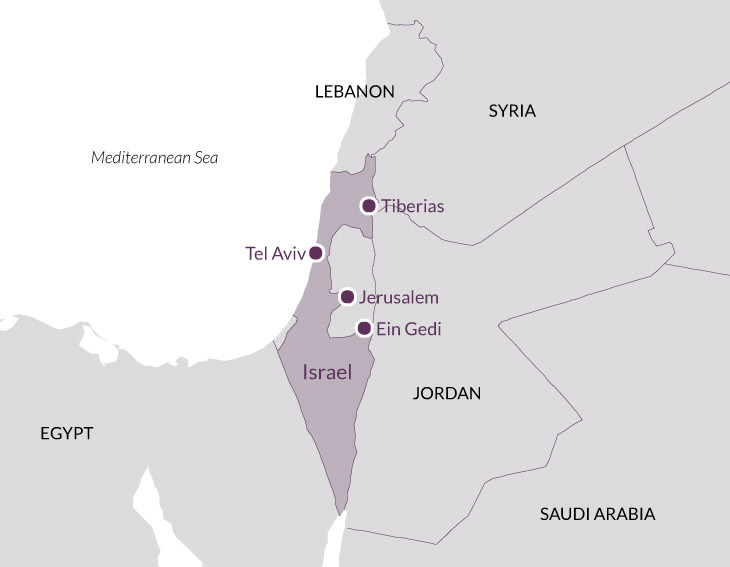 'The scope and variety of the itinerary made it an extremely interesting and enjoyable tour – one of the best I have ever done with MRT or anyone else. A truly memorable trip.'

'It was an awe-inspiring and wonderful itinerary. It was a miraculous combination of imaginative vision and precise logistics that enabled this tour to unfold exactly as had been documented in advance.'

'Extremely well researched and varied itinerary that was perfect for our needs. It covered the whole range of archaeological periods from Bronze Age to the current.'

'I rarely find I am so absorbed by an experience that it echoes on weeks after I return home but this experience was deeply involving and engaging on many levels.'

'Yair and Ibrahim both very helpful, knowledgeable and informative, we learnt a lot about Israel and the West Bank.'

'The Ein Gedi kibbutz stay was very enjoyable and the tour of the garden, which included a historical discussion about the origins of the kibbutz, very interesting.'

'The lecturer was such an excellent guide: quick-witted, very knowledgeable, cheerful, patient, well-organized and had a good sense of humor. His great love of history and archaeology was contagious and we thoroughly enjoyed the trip.'