China throughout modern history has always been a place that deserved greater study and understanding by the outside world. The People’s Republic of China in 2023 stands on the cusp of being the world's largest economy. Its march to this position over the last seven decades since 1949 has been an often turbulent and dramatic one.

This series will delve into the key characteristics and landmarks of the country today, and the ways in which these have come about. It will look at the modern history of China and how the current state came to be formed, exploring questions relating to its economy, society, international relations, and the significant challenges that face the country today as it moves towards greater global prominence.

They take place every Tuesday from 7th March to 4th April at 4.30pm (GMT) and, including Q&A, will probably last an hour. They are available for viewing for eight weeks after the last episode is streamed (25th April 2023).

Founded as a result of the fall of the Qing dynasty in 1912 and the frequent chaos of the subsequent Republican Period, the People's Republic of China was announced by the Communist Party in 1949. Since then the country has been through many dramatic changes – from the massive, utopian campaigns of the Maoist era, including the Cultural Revolution, to opening up and reform under Deng Xiaoping from the 1980s. China has managed uniquely to maintain a community-led one-party system alongside a hybrid form of capitalism. The current leader Xi Jinping maintains this path, demanding absolute fidelity to the Party, while promoting strong nationalistic messages and presiding over an economy which is now over a fifth of global GDP.

Understanding contemporary China means understanding its political system. This means getting to grips with the Communist Party, a movement started in 1921 in Shanghai with only a few dozen members but which today has more than 95 million and dominates the political landscape. This talk explains how the Party is led, what it believes, what its prime function is and how it tells its own story to the country and the outside world. It also discusses some of the more problematic aspects of the Party – its intolerance to opposition, its harsh treatment of dissidents and its operations in Hong Kong, Xinjiang, Tibet and elsewhere.

As its economy has grown, so has China's global reach. In 2022, it is the largest trading partner for over 120 countries and has become a manufacturer for the world. Chinese companies are now internationally known (Telecoms provider Huawei is a good example), but the state is still key to everything within the country, creating unease and suspicion among many. China continues to be a huge partner in Africa and Latin America, and maintains a unique diplomatic posture, saying it will not interfere in the affairs of others, even as its fingerprints are reportedly seen on massive initiatives like the Belt and Road Initiative. This talk provides some answers to the vexed question of what the country wants.

In 1949, the country had an average life expectancy of 35 years for men, with 90 per cent of people living in rural China, and high levels of illiteracy and poverty. By 2022, Chinese are living longer on average than most Europeans, more people live in cities than in the countryside, literacy is over 99 per cent and Chinese cities often look like western futurist visions. The country had built 35,000 kms of high-speed rail, more than the rest of the world put together. But, despite such changes, Chinese society remains complex, diverse and dynamic. Many different groups struggle to achieve divergent aims, sometimes creating deep fissures and conflicts.

This final talk discusses the core challenges of the country as it journeys toward fulfilment of modernity on Chinese terms. Alongside the huge economic challenges of trying to transform successfully to a middle income, developed model, there are also issues over China's reliance on fossil fuels for its energy, its immense environmental problems, and the constant fight to maintain stability in a country where so many struggle to assert themselves in order to stay ahead. Where is China heading, politically as well as economically, in the next decade? This talk suggests some ideas about what might happen.

Professor of Chinese Studies and Director of the Lau China Institute at King’s College, London. He is an Associate of the Asia Pacific Programme at Chatham House, London, an adjunct of the Australia New Zealand School of Government in Melbourne, and the co-editor of the Journal of Current Chinese Affairs. From 2012 to 2015 he was Professor of Chinese Politics and Director of the China Studies Centre at the University of Sydney. Between 2011 and 2014 he directed the Europe China Research and Advice Network (ECRAN) giving policy advice to the European External Action Service. He is a former First Secretary at the British Embassy in Beijing. 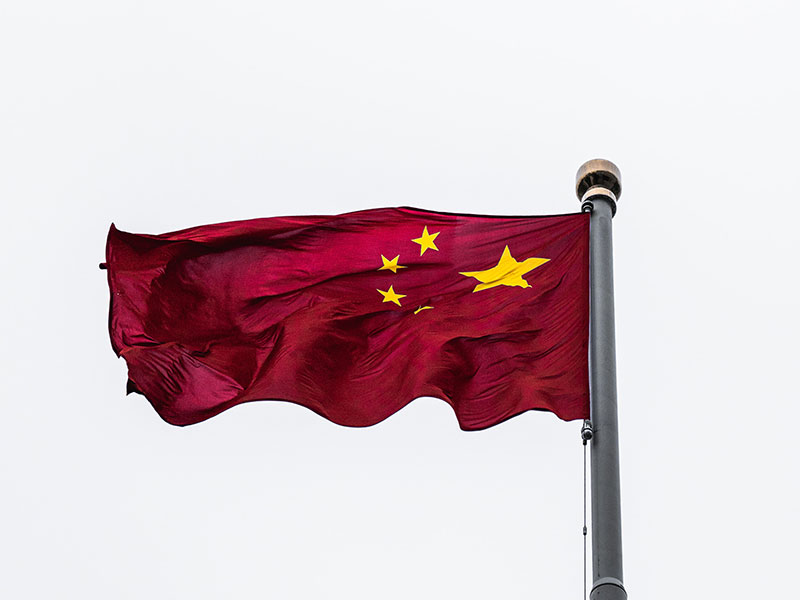