By the late 1720s Handel’s operatic fortunes were waning. Yet with indomitable willpower he remained undaunted. Never short of confidence or savoir-faire, the young Handel seems to have set out to become the supreme musical cosmopolitan. After a thorough training in his native Saxony, he honed his command of supple bel canto melody during a three-year sojourn in Italy. He then headed for London, where he scored an immediate sensation with his ‘magic’ opera, Rinaldo. The following year, 1712, the brilliant young Saxon made London his permanent home. He quickly became the de facto resident composer of the Haymarket opera company and a court ‘insider’. Long before he took British citizenship in 1727, Handel was being acclaimed as ‘the Orpheus of our Century’, and Purcell’s undisputed successor as Britain’s national composer.

Complementing a biographical portrait of the composer with a discussion of key works, Richard Wigmore’s latest series celebrates Handel’s colourful, often turbulent, career in his adopted land: from his spell as composer to James Brydges, Duke of Chandos, through his fluctuating fortunes as operatic composer-impresario, to his final creative decade, dominated by oratorios for a puritanically inclined audience.

They take place every Thursday from 23rd February to 16th March at 4.30pm (GMT) and, including Q&A, will probably last an hour. They are available for viewing for eight weeks after the last episode is streamed (11th May 2023).

After the triumph of Rinaldo and his permanent move to London, Handel was hailed by the musical world as a ‘national acquisition’. This talk focuses on Handel’s glittering early years in the capital, culminating in his time as unofficial composer (Handel always remained robustly independent) to the Duke of Chandos at Cannons. Here he composed the enchanting masque Acis and Galatea and the religious drama Esther, which he later expanded into a fully-fledged oratorio.

Samuel Johnson famously dubbed Italian opera ‘an exotic and irrational entertainment’. This favourite pastime of the aristocracy was also formidably expensive, not least because of the exorbitant fees demanded by preening prima donnas and castrati. In a decade overwhelmingly  devoted to opera, Handel had his share of run-ins with his singers at the Royal Academy. But operas such as Giulio Cesare and Rodelinda confirm the composer not only as a supreme melodist but also a master dramatist.

By the late 1720s Handel’s operatic fortunes were waning. Yet with indomitable willpower he remained undaunted. In 1734 he moved his operations from the King’s Theatre to Covent Garden, where he scored a final operatic triumph with Alcina. However, Handel now began to hedge his bets, mixing Italian opera with oratorios and other English-language works. At the end of the decade, he produced two of his most monumental works, Saul and Israel in Egypt. They would point the way forward.

After the failure of Deidamia in 1741, Handel abandoned opera for good and devoted himself to oratorio, aimed less at the aristocratic elite than a middle-class public who demanded edification as well as entertainment. This talk explores the ever-fertile composer’s last creative decade in works ranging from the pastoral ode L’Allegro ed il Penseroso, via the chorally resplendent Solomon – an idealised portrait of George II – to his searching final masterpieces, Theodora and Jephtha.

Music writer, lecturer and broadcaster for BBC Radio 3. He writes for BBC Music Magazine and Gramophone and has taught classes in Lieder history and interpretation at the Guildhall, Trinity College of Music and Birkbeck College. He read French and German at Cambridge and later studied Music at the Guildhall. His publications include Schubert: The Complete Song Texts and Pocket Guide to Haydn. 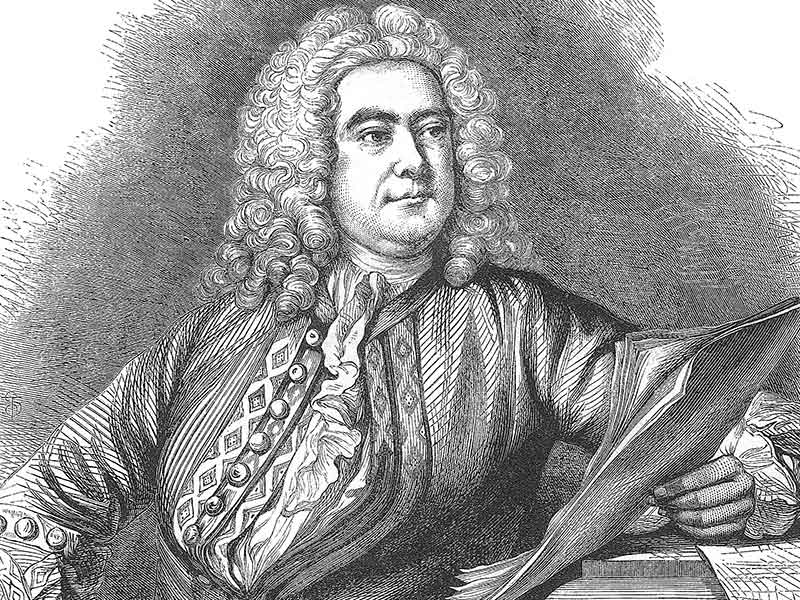