Following a 35-year career, the Schubert Ensemble, widely renowned as one of the world’s leading exponents of music for piano and strings, has decided to retire as a group at the end of June 2018.

The Ensemble, consisting of William Howard (Piano), Simon Blendis (violin), Jane Salmon (cello), Douglas Paterson (viola) and Peter Buckoke (double bass), began their farewell tour on 23 September with a performance of works by Mahler and Enescu at the Enescu Festival in Bucharest. The celebratory final season will feature around 50 concerts, in a number of locations across the UK and USA.

Founded in 1983, the Schubert Ensemble has been highly prolific, both in its recordings and live concerts. The group has released more than 30 critically acclaimed CDs, and performed in over 40 countries, while being familiar to listeners of BBC Radio 3 from their many appearances.

As part of its farewell tour, the Schubert Ensemble is performing in its fourth MRT Music Weekend at the Castle Hotel in Taunton (26–28 January 2018). Over the course of 4 concerts spread across the weekend, the group will concentrate on the piano quartet repertoire; Dvořák and Brahms feature prominently, as well as music by Mozart, Chausson, Schumann and Fauré. 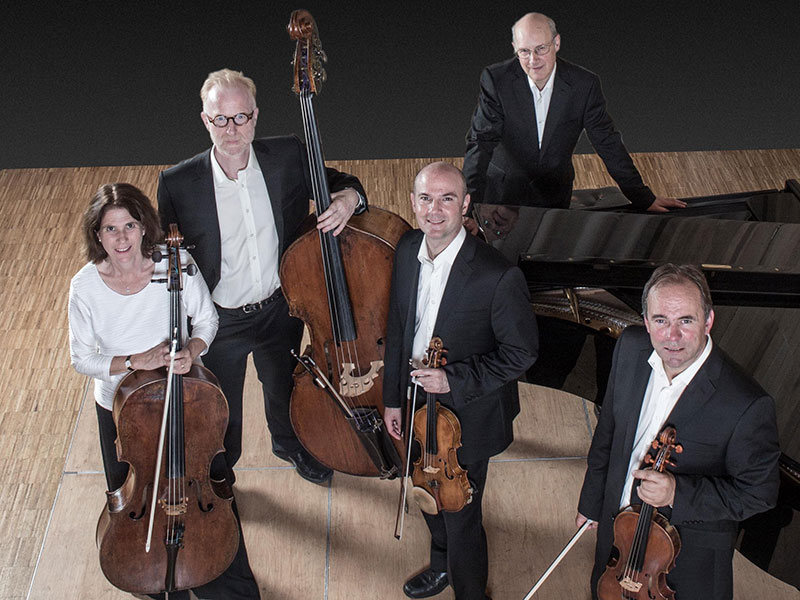