The exhibition sheds light on the lives of the French painters who fled their country and sought refuge in London during the Franco-Prussian War of 1870–1. It also aims to display the Impressionists’ distinctly French outlook on the Victorian cityscape of London, and how their experience in England permanently changed their way of painting. Monet, for example, studied the works of Constable and Turner, whose landscapes inspired him to innovate in his use of colour.

Another aspect of Impressionists in London treats the French painters’ keen observations of both British culture and social norms, in many aspects markedly different to the ‘café culture’ found in Paris. Pissarro’s Kew Green (1892) is shown, which in its depiction of figures wandering the green space is in stark contrast to the French gardens of Paris where walking on the grass was forbidden.

The largest section of the exhibition is dedicated to representations of the River Thames, where Monet’s series of paintings depicting the Houses of Parliament are shown alongside André Derain’s later illustrations of this and other London landmarks. This demonstrates how Monet’s colour palette was to be taken to even brighter extremes during the Fauvist movement in the early 20th century.

We visit The EY Exhibition: Impressionists in London, as well as taking in the Impressionist collections of the Courtauld and National Gallery on our London Day: Impressionism in London (29 January 2018). 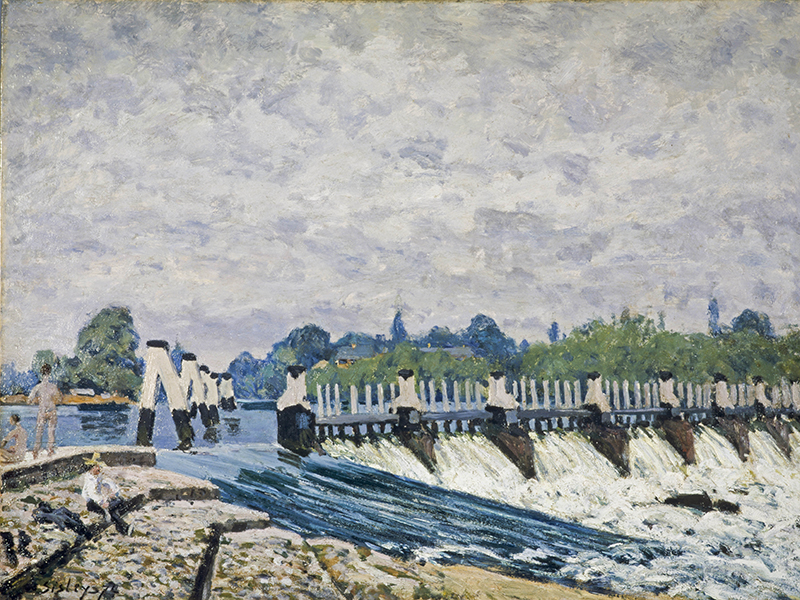