For Liszt, Franz Schubert was ‘the most poetic of composers’. He had a point. No music seems to speak to us more directly or more touchingly. Paradoxically, Schubert is at once the most friendly of the great composers, and the one who expresses most piercingly a Romantic sense of separation and ‘otherness’; a creator of some of the world’s most lovable melodies who is now rightly revered for his daring approach to harmony.

During his short, hectic life, spent almost entirely in Vienna, Schubert was known overwhelmingly for his songs, partsongs and piano miniatures. Yet by the time of his premature death at the age of 31 he had composed prolifically in all the major genres bar oratorio and concerto. Taking six key years in Schubert’s life, Richard Wigmore’s zoom talks will interleave biography with a discussion of individual works, from songs and symphonies of 1816 to the visionary string quintet from his final months.

They take place every Thursday from 20 January to 24 February at 4.30pm (GMT) and, including Q&A, will probably last just under an hour. They are available for viewing for eight weeks after the last episode is streamed (21 April 2022).

Working as a reluctant teacher in his father’s school, the nineteen-year-old Schubert somehow found time to compose a phenomenal quantity of music, including masses, string quartets, two symphonies and over 100 songs, many among his best-loved. This first talk will focus on songs and the two contrasting symphonies. In the ‘Tragic’, No. 4, Schubert seems to grapple with the daunting example of Beethoven, while in the delectable Fifth Symphony he pays homage to his beloved Mozart.

Schubert’s fame as a composer of songs and piano works was growing fast by 1819. With the baritone Johann Michael Vogl he formed the world’s first great Lieder duo. This talk will celebrate the songs of this year, including the majestic setting of Goethe’s ‘Prometheus’, plus two happy works written partly on a summer holiday with Vogl: the ever-fresh ‘Trout’ Quintet’, and the ‘little’ A major Piano Sonata, D664.

For Schubert 1822 was a year of expanding horizons and growing artistic ambition. Supported by Vogl, he was hopeful of success in the opera house. This was a period of some magnificent songs, including the macabre ballad ‘Der Zwerg’, plus the revolutionary ‘Wanderer’ Fantasy – Schubert’s most virtuosic piano work – and the symphonic torso prosaically dubbed ‘the Unfinished’. The symphony’s beauty and disturbing power, and its incomplete state, remain one of music’s most tantalising mysteries – to be pondered in Richard’s talk.

After he contracted syphilis in the winter of 1822-23, Schubert’s health was often precarious. But there were long periods of remission, most gloriously during the summer of 1825, when Schubert embarked with the faithful Vogl on a Sommerreise that capped even his holiday of 1819. This talk will focus on the two works that took shape that summer amid the mountains, forests and lakes of Upper Austria: the euphoric D major Piano Sonata, D850, and the resplendent, life-affirming ‘Great’ C major Symphony.

Composed in two tranches in early and late 1827, the song cycle Winterreise is for many the archetypal Schubert work, and the ultimate musical expression of dispossessed, alienated humankind. But we should beware of treating Winterreise as autobiography. As Richard’s talk also demonstrates, this nihilistic song cycle is virtually contemporary with the B flat Piano Trio, which more than any other of his late works encapsulates the one popular image of the blithe, companionable Schubert pouring out a stream of spontaneous melody.

Posterity has imbued Schubert’s final year with a romantic-tragic aura, and ascribed to his frantic creativity a sixth sense that time was running out. Yet we should remember than until his last weeks, he could not have sensed that death was imminent. Richard’s talk focuses on key instrumental works and songs of 1828, from the Piano Trio in E flat, chosen for Schubert's triumphant benefit concert in March, to the C major String Quintet, whose Adagio touches hitherto unglimpsed realms of unearthly tranquillity.

Music writer, lecturer and broadcaster for BBC Radio 3. He writes for BBC Music Magazine and Gramophone and has taught classes in Lieder history and interpretation at the Guildhall, Trinity College of Music and Birkbeck College. He read French and German at Cambridge and later studied Music at the Guildhall. His publications include Schubert: The Complete Song Texts and Pocket Guide to Haydn. 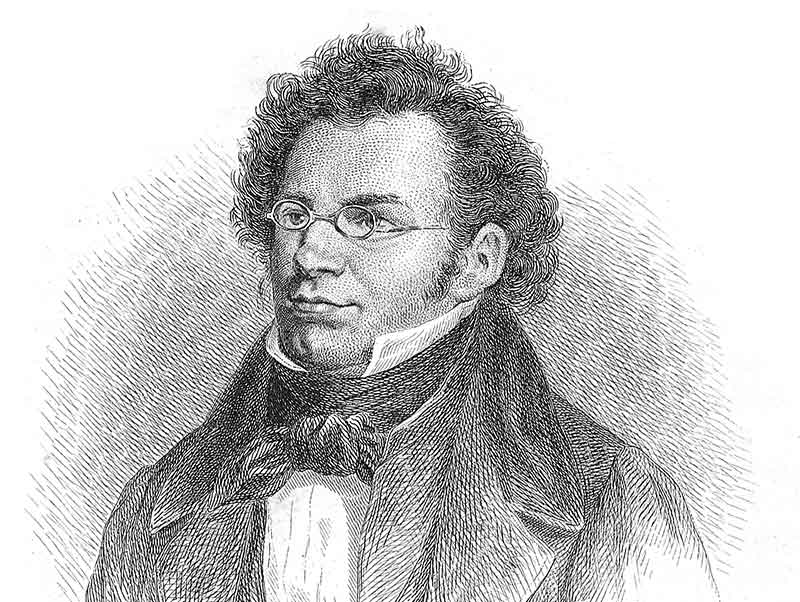