Tuscan Gardens - The pick of the region's gardens and villas

Some of Europe’s finest historic gardens, Renaissance to 20th-century.

Most visits are by special arrangement.

As for lovers of art, so also for lovers of gardens: the allure of Tuscany is irresistible, consisting of a dense concentration of historically important and magically beautiful examples which are ensconced in landscapes and urban settings of exceptional attractiveness.

Some of the world’s earliest surviving gardens are here; a couple on this tour date to the 15th century. There’s a clutch of immensely influential gardens of the 16th century, creations of the ruling Medici dynasty, and fine examples from the next couple of centuries are also present. Most of the planting has periodically been renewed of course, but modern curatorship and conservation practices have brought these historic gardens closer to their original appearance than they have been for a very long time.

Some of the most attractive gardens in the region do not pretend to be historicist recreations, however, but are 20th-century variations on the ‘Italian’ style. Some have French or English ingredients, some elements are entirely original, but nevertheless they remain quintessentially Tuscan.

A prime mover here was the ex-pat community in and around Florence in the late 19th and early 20th centuries. It was numerous, generally inclined towards matters aesthetic and not infrequently very rich. Their patronage, and the genius of English garden designer Cecil Pincent, gave rise to the Anglo-American Renaissance Revival which incorporated traditional forms and ingredients into innovative and enchanting designs.

The famously distinctive Tuscan landscape, with its terraced hillsides, complex textures and subtle variety of greens – olives, cypress trees, vines, oak and pasture – not only provides a constant backdrop to these gardens but, in many cases, played a role in the designer’s scheme. The tilting topography necessitated the terraces from which the surrounding countryside and the valley settlements can be viewed.

The Renaissance revival of Classical learning quickened the development of the villa as a place of retreat and as a resort for intellectual and horticultural pastimes. Allied to this was the transformation of the medieval, antagonistic attitude towards nature towards one of joy in the sight of nearby farmland and distant vistas.

Fiesole, Gamberaia. Fly at c. 8.30am from London Heathrow to Pisa (British Airways). On the way to Fiesole visit the Baroque garden at Villa Torrigiani, the most attractive of the group of 17th-century villas around Lucca. First of three nights in Fiesole.

Fiesole, Castello. Enter the enchanting world of Anglo-American gardens of the early 20th century at Villa Le Balze. Designed by Pinsent and Scott for the American philosopher Charles Augustus Strong (with Rockefeller money), it comprises a sequence of terraces, enclosed within walls or open to a spectacular view of Florence. The Villa Medicea at Castello, created from 1537 for Grand Duke Cosimo I by Tribolo and Buontalenti, is important historically – the least altered of major 16th-century gardens – and fascinating horticulturally. Nearby Petraia was made for another Medici from 1576 and later remodelled.

Pratolino, near Florence. Villa Gamberaia near Settignano, one of the loveliest gardens in Italy; it achieved its present form during the ownership of a Romanian princess from 1896 and an American heiress after 1924. The largest of the Anglo-American gardens, La Pietra was created by Arthur Acton (father of Harold); 57 acres, ‘rooms’, vistas, a green theatre, 180 statues and much else. The afternoon is free; Fiesole is a very attractive hill-top town with Romanesque cathedral and Roman theatre; alternatively, the centre of Florence is half an hour by bus.

Fiesole, San Casciano in Val di Pesa, Pienza. Though altered subsequently, the broad terraces around the villa in Fiesole built for Giovanni de Medici in the 1450s are of huge importance for the primacy attached to leisure and for embracing magnificent views. Villa Poggio Torselli has undergone a recent award-winning restoration; a magnificent avenue, a grand 17th-century house and an unexpected burst of floral and citrus abundance, surrounded by Chianti countryside. Continue south to Pienza for the first of two nights.

Sovicille, La Foce. In the morning visit the Castello di Celsa, an old castle converted to a palatial villa in the 16th century, with stunning gardens built in the 17th century. La Foce was a social and agricultural project as much as a villa and garden, but here Pinsent designed for the redoubtable Iris Origo one of the last, and some say the greatest, of the Anglo-Florentine gardens.

Marlia, Camigliano. Drive north to the Villa Reale di Marlia, once the residence of the first King of Italy Vittorio Emanuele II of Savoy, to see its extensive gardens. The Green Theatre, made up of yew hedges, was planted in 1652 and is where Paganini would sometimes perform. There is also an Art Deco Spanish garden, a water theatre and a lemon garden with over 200 vases of citrus plants. Fly from Pisa to Heathrow, arriving c. 9.00pm. 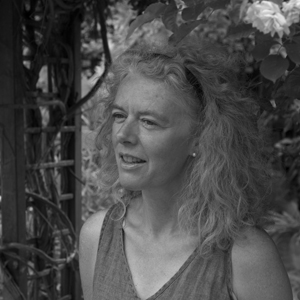 Writer, garden historian and lecturer. She has taught at Birkbeck, Bristol and Buckingham Universities, writes for various publications and leads art and garden tours. Her most recent book, British Gardens in Time, accompanied a BBC TV series. Other books include Paradise of Exiles, Icons of 20th-century Landscape Design and Policies & Pleasances: A Guide to Scotland’s Gardens. She is currently working on a book about how the Medici Villas reflect the changing ideas of the Renaissance.

Flights (Euro Traveller) on scheduled British Airways flights (Airbus 320); travel by private coach; accommodation as described below; breakfasts, 3 lunches and 4 dinners with wine, water, coffee; all admissions; all tips; all taxes; the services of the lecturer and tour manager.

Hotel Villa Fiesole, Fiesole: an excellently located 4-star hotel with beautiful views of Florence. Relais Il Chiostro, Pienza: a comfortable 4-star hotel, formerly a friary dating to the 15th century and excellently situated off the main square of the town. Single rooms are doubles for sole use throughout.

A good level of fitness is essential. Some gardens are very large, many are on sloping ground and the coach will often not be able to set down at the entrance to the sites. Average distance by coach per day: 40 miles. 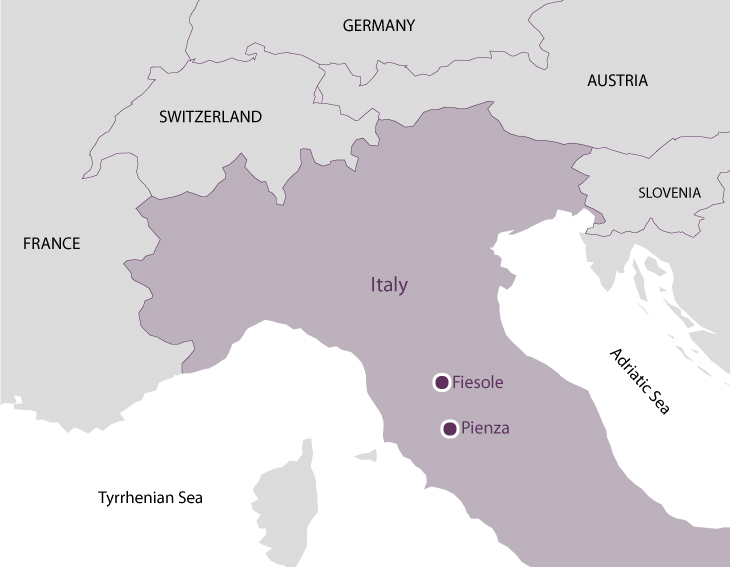 'It was another magnificent Martin Randall holiday.'

'Both the guide and the tour manager were excellent.'

'Perfect. I had read quite a bit about the personalities involved with many of the gardens.'

'Dr Katie Campbell was so very informative about all the gardens visited, and very pleasant company.'