5 key dates in the life of Frederick the Great

With the upcoming second departure of our popular Frederick the Great tour, led by acclaimed biographer Professor Tim Blanning, we take a look at 5 key dates in the life of the Prussian monarch.

A king who in life or death has never ceased to divide opinion, Frederick the Great of Prussia proved himself to be a curious mix of charismatic warlord, patron of the arts and a champion of enlightened absolutism. Arguably just as remarkable, is that he maintained the same iron will and ruthlessness in all areas throughout the entirety of his 46-year reign (1740–86), the longest of any Prussian king.

Frederick II is born in Berlin to Frederick William I of Prussia and Princess Sophia-Dorothea. He is part of the Hohenzollern dynasty. During his childhood, his mother introduces him to a wide range of Enlightenment ideas, including French culture and classical texts, while his strict father enrols him in military training.

Frederick II ascends to the throne in May following the death of his father, with whom he had developed a hostile relationship. A few months later the king publishes an essay attacking the ideals of Machiavelli, declaring that "princes who wage unjust wars are more cruel than any tyrant ever was". Ironically, Frederick’s reign quickly becomes defined by bellicosity and Machiavellian diplomacy.

The Treaty of Aix-le-Chapelle marks the end of the Austrian War of Succession, in which Prussia officially takes control of Silesia and nearly doubles the size of its economy, territory and population. Frederick II’s success as a commander earns him the moniker ‘Frederick the Great’.

Frederick invades Saxony, causing the start of the Seven Year’s War. This was a global and bloody conflict in which sheer fortune and the incompetence of their enemies played a prominent role in delivering the Prussians from defeat. Despite this, the conflict would soon be remembered for Frederick’s military strategy and the cementing of Prussia as a key player in European politics.

Frederick forms the Fürstenbund, an alliance of Protestant princes in the Holy Roman Empire. It is designed to protect the empire and prevent Joseph II from adding Bavaria to the Habsburg empire. This alliance marks the first organisation of German states under Prussia, which will later be instrumental in the unification of Germany.

Our history tour Frederick the Great (13–17 August 2018) follows in his footsteps, visiting the places from where he made instrumental military and domestic decisions, including excursions to his palaces and gardens at Rheinsberg, Charlottenburg and Potsdam. There is also a strong focus on Frederick’s love of art, music and ornate Rococo architecture.

We explore all of this intriguing subject matter and more, accompanied by Professor Tim Blanning. Emeritus Professor of Modern European History at the University of Cambridge, his 2015 biography of Frederick the Great received widespread critical acclaim and was awarded the prestigious British Academy Medal the following year. His other titles include The Culture of Power & the Power of Culture, The Pursuit of Glory: Europe 1648–1815, and The Triumph of Music in the Modern World.

Professor Blanning also leads walks and gives lectures on European history during two of our festivals in 2018: A Festival of Music in Prague (13–19 June) and Music in Franconia (25 August–1 September).

View itinerary for Frederick the Great

View all tours and festivals with Professor Tim Blanning 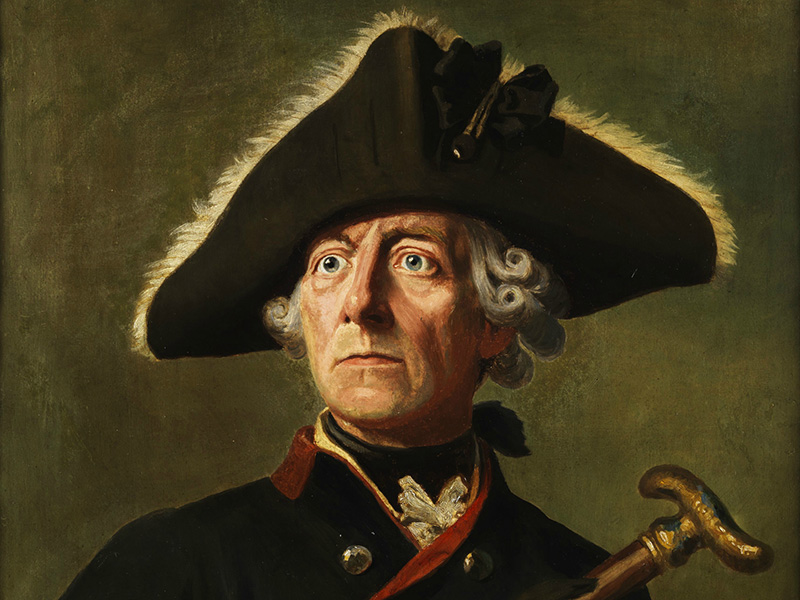