I grew up in the Midlands of England and as a child it seemed to me that Stourbridge must have been the furthest place in the world from the sea. Our annual summer holiday at the coast involved getting up while it was still dark and spending hours in the car until, eventually, one of my parents would offer a sixpence to whichever of us was the first to spot that glimmering blue (or often grey) strip along the horizon. It was a joyous moment when we finally turned a corner or came over a hill and the shout went up ‘I can see the sea!’.

This may be why there has always been something special about the sea for me, culminating in a decision to move to the coast. I am now in the process of that move and as I look up from my laptop I can see the very blue and calm Adriatic Sea lapping against the shores of the northerly part of the Bay of Durrës in Albania. Being Albania, it is no surprise that I can also see the remains of a bunker, one of more than 173,000 thousand (at least, there are varying estimates) built across the country as part of Enver Hoxha’s plan to defend the increasingly isolated country from invasion. There aren’t as many bunkers now as when I first came to Albania more than a decade ago since there has been a concerted effort to break up and remove many thousands of them but I sometimes wonder if I am not actually developing ‘bunker blindness’ whereby I don’t really ‘see’ them anymore unless they are right in the middle of an archaeological site. It’s early days for my move, but it is going very well so far. I have now got used to the surprise of occasionally looking up and seeing sheep a couple of metres from my balcony but still can’t resist taking a photo of the sunset over the sea nearly every day.

Preparation for my move has included attending evening class at UCL to learn Shqip, but I must admit that the Albanian language is a challenge. There are 36 letters in the alphabet, and it’s a fine line between a postage stamp (pullë postare) and a postage chicken (pulë postare). I’ve managed to get that one right so far, but the fact that, for example, the word mesoj can mean both learn and teach has been a little confusing. A common reaction when I speak Shqip is for people to laugh, but I like to think this is because they are surprised at my speaking it at all rather than because my grasp of the language or pronunciation is actually risible. The best thing about being here for such long periods of time is precisely that – time. Holidays, recces and tours run to timetables. Living here is giving me the luxury of being able to check those things that I spotted on previous trips but didn’t have the opportunity to explore. Tantalising questions, such as when you see that the line of an old street follows the route of an ancient wall, and that though that particular section of the masonry has apparently long gone it may well be preserved in some of the houses, can now be answered or at least followed up. Anyone who has travelled with me will know that I am fascinated by walls, and there are plenty of walls here in Durrës dating back to various points over two and a half millennia. Hellenistic, Byzantine, medieval, Venetian and Ottoman walls can be traced or seen in the city. Some sections are like complex puzzles with layers of building and rebuilding, and fascinating spolia. Yesterday I recorded a section that contained, amongst other things, a fragment of drapery from a statue and part of an octagonal column drum. The latter is very interesting since octagonal columns are a feature of Hellenistic (or ‘Illyrian’) period stoas at the sites of Apollonia and Byllis. We don’t know yet about the existence of a stoa in Hellenistic Durrës. One of the reasons that I came to Albania is to be able to take my research to the next level and I’ve already seen enough to know that I’ll be able to make a considerable contribution to current scholarship. We are now in the ‘Year of Skanderbeg’ marking 550 years since the death of the Albanian national hero on 17th January 1468. The Bank of Albania is showing a temporary exhibition on the depiction of Gjergj Kastrioti Skënderbeu on the currency of Albania and I was very pleased to be able to attend the opening in the Bank’s museum. The Bank is housed in a building designed by the Italian Rationalist architect Vittorio Ballio Morpurgo and inaugurated in 1938, during the period when Albania was a de facto protectorate of Italy. The building has a sympathetic modern extension wrapped onto the circular core of Morpurgo’s design that still allows a considerable amount of the original structure to be seen.

Visitors to the temporary exhibition are also able to see the permanent displays and visit a good part of Morpurgo’s building, including the central circular hall with its wall mosaic by Giulio Rossi which shows individuals and groups engaged in different modes of work across the millennia, particularly farming or fishing, and then exchanging the fruits of their labours. The local exhibition guide explained to us that the mosaic represents the idea that ‘treasure’ or wealth comes from the earth, and that through hard work and by working together society becomes enriched. It struck me that this explanation was rather more suited to the Communist period than the time of the mosaic’s conception. Both the temporary Skanderbeg exhibition and the permanent display were interesting and well displayed, and it was a privilege to be at the opening. Taking advantage of opportunities like this is an obvious benefit of spending more time here. As those of you who have visited Albania will know, driving here is not for the fainthearted. I do have a car, but I am easing myself in slowly and have enjoyed taking the bus. To take a bus to a different city one first needs to know where the bus station for that particular destination might be. It is logical, after all, that buses heading west leave from the west side of the city centre. On arrival at the bus station there are a wide range of vehicles of varying age and condition and a lot of men shouting out the names of various destinations, like hawkers in a street market. According to my Albanian friends, one should head for the largest vehicle (hopefully a coach) bearing a sign to your destination and take a seat. There’s no need to worry about where to buy a ticket, as fares are taken on board, so you just sit in your seat until the bus gets full enough to satisfy the driver and then the journey starts. It’s a fabulous system – unless no one wants to go to the same place as you do.

I’m looking forward to the spring and the chance to get off road to visit some of the more remote sites that I haven’t been able to access so far. Moving here is a voyage of discovery in more ways than one, and though Albania may be an unusual destination for a relocation, it is and has always been a wonderful and welcoming place for visitors. I am following in the footsteps of Lord Byron, Colonel Leake, Edward Lear and Edith Durham, to name but a few, and am eagerly anticipating welcoming fellow travellers on the ‘Albania: Crossroads of Antiquity’ tour later this year.

Carolyn Perry is an archaeologist and museum consultant. She taught Ancient History and Mythology in the Department of Mediterranean Studies at Queen Mary College, University of London and has excavated in Italy. Carolyn established the Arab World Education Programme at the British Museum and is also Chair of The British Foundation for the Study of Arabia.

View all tours with Carolyn Perry 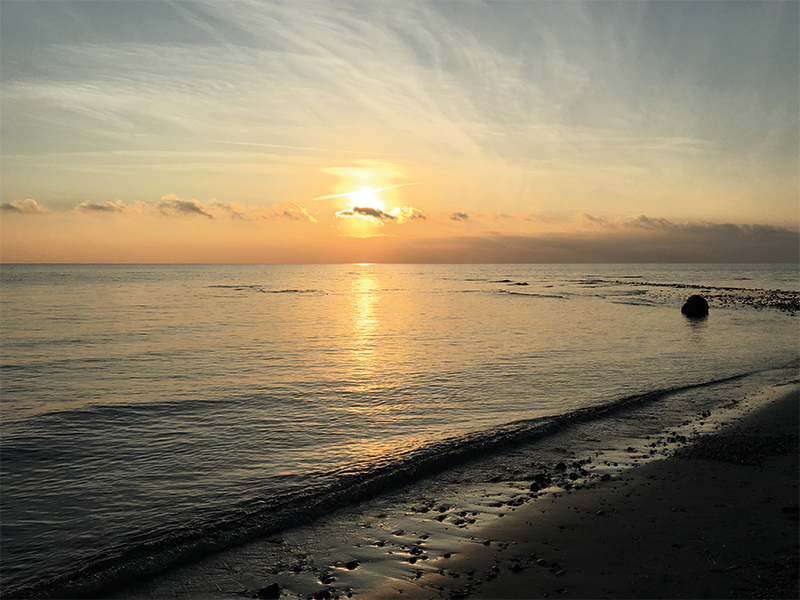