An introduction to Nikko

In Japanese they have an old saying, ‘don’t say kekko til you’ve seen Nikko’. Kekko means ‘enough’, or ‘basta!’. The European equivalent is ‘see Naples and die’, but in Italy plenty of cities have grandeur and flamboyance. In Japan, the aesthetic tends to be more modest and quiet, Zen being the extreme case. The extraordinarily sumptuous Nikko therefore stands out in Japan as the big exception.

Nikko has recently been listed as a World Heritage Site, and is a set of temple and shrine buildings covering part of a densely wooded hillside four days’ walk north of Tokyo. The site had been sacred for centuries, but it was with the death of Shogun Tokugawa Ieyasu in 1616 that Nikko rose to national importance.

In 1603, Ieyasu, a great warlord who had brought peace to Japan after almost 120 years of civil war, forced the emperor to nominate him to the defunct title of Shogun. In 1605 he abdicated from office and was succeeded by his son; he lived his remaining years more like a scholar in Sunpu (now Shizuoka). On his death in 1616, the Tokugawa family determined to use their patriarch’s grave as a place of pilgrimage to support the new institution of their Shogunate. Ieyasu was deified – which was almost unprecedented for a human being, although Japan is polytheistic – and first buried in a temple-shrine-mausoleum near Sunpu. However, that site had little relevance to the Tokugawa’s chief city, Edo (now Tokyo), so the next year the body was translated to Nikko.

Edo had been planned according to the geomantic principles of onmyodo, similar to the better-known Chinese feng shui. At its most basic, Japanese geomancy is about protecting the North-east, which is why Tokyo’s main temples are all in that part of town. Throughout East Asia, the North is the direction of kingship because of the Pole Star, the one unmoving element in the firmament, and so by analogy the emblem of the ruler, who is the one around whom all else revolves. But Edo’s planners had not made any use of the northerly direction; it was just lucky chance that the old site of Nikko was exactly due north of Edo – or was it not that the heavens had predicted the Shogunate would one day rule from there?

The old Sunpu site is still there, though rather forlorn. I happened to know that abbot, and he maintains that Ieyasu’s body was not moved, but was left in place. This is refuted by the abbot of Nikko (and admittedly by most other people too). I suggested exhuming the body to see, but this cannot be done since the Japanese soil is so acidic bones disappear within a few decades. There are no skeletons in Japan.

Anyway, a fine new mausoleum very like the previous one was built at Nikko only to be taken down twenty years later in 1636. The buildings were donated to other temples and Nikko was entirely rebuilt, only much grander – that is the site we see today. Lavish carving, gold leaf and paintwork adorn the shrine complex like nowhere else in Japan. The work was undertaken by the third Shogun, Tokugawa Iemitsu, who greatly venerated his grandfather.

As a temple-shrine complex, Nikko is affiliated with both Shinto and Buddhism. This may sound odd, but it was normal at the time. Visitors to Japan will notice that often a temple and a shrine are next to each other, with a rather new-looking wall dividing them. This is because they were the same place until the 1880s when, in the name of modernisation, persecutions of Buddhism were perpetrated by the Japanese government; Shinto was turned into an independent religious system for the first time, and devoted to emperor worship, which it had never been before. We all know how the story would end. Modern Shinto has turned its back on this, leaving Shinto with not much theology at all, though with many fine buildings. Nikko is one of the few sacred sites in Japan that was able to retain its dual system.

When the second Shogun died, he was buried in central Edo (sadly his mausoleum was destroyed in World War II), but the third Shogun, Ieyasu’s grandson Iemitsu, was also interred at Nikko in 1651, adding a second layer of mausolea and ritual buildings. From then until the fall of the Tokugawa, Nikko was Japan’s most sacred place. Few but the elite could penetrate its inner precincts. Now anyone can go. 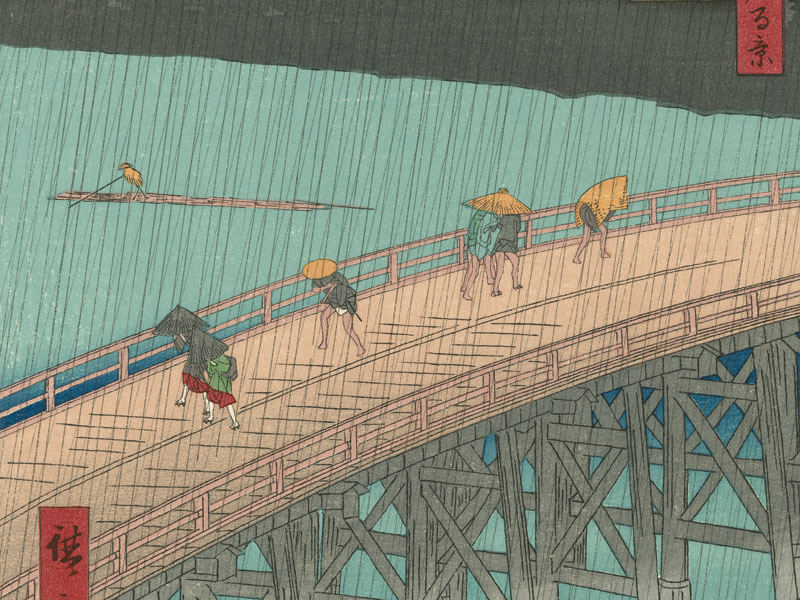