Art and archaeology exhibitions around the world in 2020

Our guide to some of the top art and archaeology exhibitions around the world in 2020.

It is 171 years since the Pre-Raphaelite Brotherhood first exhibited their portraits in London, and this exhibition, Pre-Raphaelite Sisters at the National Portrait Gallery, explores the overlooked contribution of twelve women to this iconic artistic movement. The exhibition closes on 26th January.

Our Victorian Renaissance tour in September covers the same period in more detail, with visits to the best collections in Oxford, Manchester, Birmingham and Liverpool.

One of the largest exhibitions of the Flemish Old Master Jan van Eyck opens in Ghent in February. Featuring outer panels of the newly-restored Ghent Altarpiece (1432) and around 20 pieces firmly attributed to van Eyck, including two versions of the Madonna at the Fountain side by side, one from Antwerp (dated 1439) and one from New York's Frick Collection (dated 1440), this promises to be an extraordinary show.

Our tours go later in the year: Flemish Painting in September and Gastronomy of the Golden Age in October. Titian's interpretation of the Classical myths of love, temptation and punishment, primarily taken from Ovid's 'Metamorphoses' and entitled the 'poesie' by Titian, are reunited for the first time at the National Gallery this spring, with the exhibition Titian: Love, Desire, Death opening on 16th March. Our Tintoretto, Titian and Veronese tour, celebrating three Renaissance masters in Venice, runs in October.

In April the first UK exhibition on the most successful female painter in 17th-century Europe opens at the National Gallery. Artemisia, curated by Letizia Treves, includes 35 very selective pieces, including the recently acquired Self Portrait as Saint Catherine of Alexandria (1615-17) which will appear alongside star loans including Susannah and the Elders and the raw and bloody Judith Beheading Holofernes (1611-12).
Our Mother, Maiden, Mistress London Day on 2nd April explores images of and by women in the National Gallery and Tate Britain. In collaboration with Milan's Castello Sforzesco, the Louvre in Paris opens Body and Soul, Sculpture in Italy from Donatello to Michelangelo on 6th May, bringing to light the main themes and ideas developed in Italy during the second half of the Quattrocento, when a young Michelangelo emerged onto the arts scene.
Lucca – sculpture and architecture in northern Tuscany explores one of the most beautiful Tuscan cities, with excursions to other nearby towns and villages.

Opening in June is Japan: Courts and Culture at the Queen's Gallery at Buckingham Palace. A timely exhibition given Tokyo is hosting the Olympic Games this summer, the exhibition shows some of the most significant pieces of Japanese art and design to tell the story of 300 years of diplomatic, artistic and cultural exchange between the British and Japanese royal and imperial families.
In July the Ashmolean Museum in Oxford continues the theme with an exhibition on Art and Photography in Tokyo – exploring Japan's capital city through the varied and vibrant arts it has generated over 400 years.
Our four Japan itineraries in 2020 offer different perspectives on Japanese art and history. The contemporary German artist Gerhard Richter returns to US museums this month with his first major retrospective in twenty years. Described as "one of the greatest painters of our time" (Sheena Wagstaff, curator at the Met Breuer in New York) his tireless experiments in form and format have made him a darling of the critics. The exhibition Painting After All opens at the Museum of Contemporary Art in Los Angeles on 15th August.
Our West Coast Architecture tour runs in September and spends four nights in Los Angeles.

There's more contemporary art in London over the summer with a major Andy Warhol retrospective at Tate Modern (closing on 6th September). As well as his iconic pop images of Marilyn Munroe, Coca-Cola and Campbell's soup cans, the exhibition will also include works never seen before in the UK. Our London South Bank Walk includes a visit to the Tate Modern – to register your interest in future departures please email alerts@martinrandall.co.uk.

Marking the 500th year of Raphael's death, the National Gallery hosts an extraordinary exhibition opening on 3rd October. With key loans from some of Europe's major art galleries, this exhibition will span Raphael's career, and include not just paintings and drawings but also his interest in archaeology, architecture, poetry, sculpture and tapestry.

Visiting the places where Raphael lived and worked, and to coincide with a similarly major exhibition at the Quirinale in Rome, is our Raphael 500 tour in March.

The Metropolitan Museum of Art in New York celebrates 150 years this year, and this autumn opens a new exhibition highlighting Art at the Tudor Courts. The show will feature a number of pieces on loan from other European galleries, and aims to introduce new audiences to the Tudor's astonishing legacy in the visual arts.
Our Tudors London Day studies the politics and culture of the dynasty through its architecture, with visits to Westminster Abbey and Hampton Court Palace. The archetypal villain, Nero, Roman Emperor for 14 years, is examined in detail in this 200-piece exhibition at the British Museum over the winter. It will attempt to separate fact from fiction with a number of different written sources, whilst seeking to answer the question: who was Nero?
Our 6-day tour of Ancient Rome in October provides a comprehensive overview of Rome's ancient remains, both in situ and in museums. 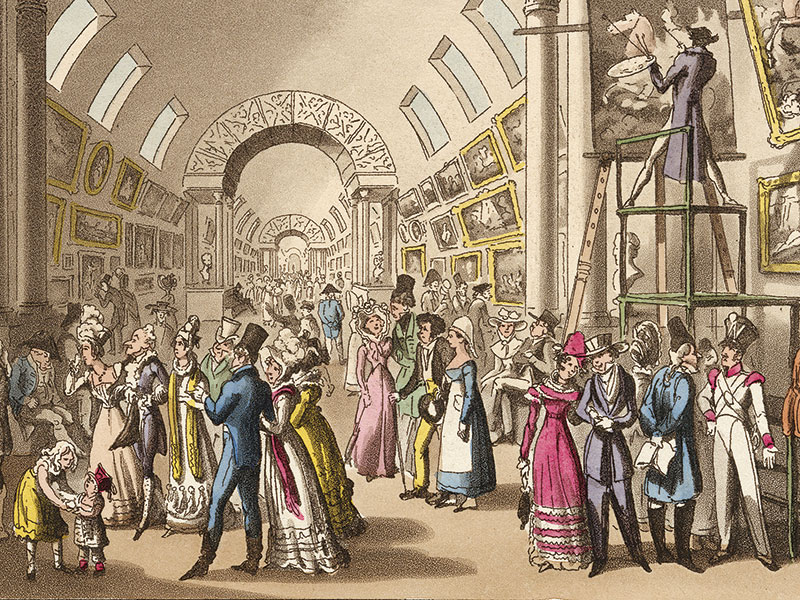