Visits to see some of the finest output of the Arts and Crafts movement, including three private houses with work in situ.

Includes Rodmarton Manor, and Perrycroft House and Gardens, as well as the makers’ workshops.

Some of the loveliest countryside in the world with the honey-coloured stone that marks the buildings from Oxford to the Severn Valley.

Stay all four nights in the charming Cotswolds village of Broadway.

Following the ideals of Pugin, amplified by Ruskin, the call for a return to a golden age of craftsmanship with respect for the individual became a moral as well as an aesthetic crusade in mid-century Britain. A number of idealistic artists, architects and thinkers found inspiration that was essentially medieval but went beyond the imitative aspect of the Gothic Revival.

William Morris and his collaborators and followers, now collectively known as the Arts and Crafts movement, reacted against the worst by-products of industrialisation, poverty and social injustice, and believed in a link between these ills and mass-manufactured, poorly designed goods and shoddy housing.

Ironically perhaps, the railways, the most omnipresent sign of industrialisation, opened up unspoilt Cotswolds villages as an escape from sordid city life and provided easy access to its commercial markets. The villages of Daneway and Sapperton were colonised by craft workers who shared their wealthy patrons’ respect for past styles and high standards of craftsmanship.

Inspired by Morris, their attitude towards historic buildings was based on conservation rather than ‘improvement’. Thus the past and the modern imperceptibly fuse at Owlpen Manor, while Rodmarton, begun as late as 1909, seems as if it has always been there.

Ernest Gimson and the Barnsleys, who built and furnished Rodmarton, were not alone: in 1902 C.R. Ashbee had moved the entire Guild of Handicraft, workers and their families, from East London to rural Chipping Campden.

Later exponents, like C.F. Voysey, turned towards a newer, more ascetic style. Perrycroft House was Voysey’s first major commission and a project for which no expense was spared, however its deceptively simple style of design was borne out of earlier, less lavishly-funded work.

Oxford, Cheltenham, Broadway. The coach leaves the hotel in Broadway at 9.30am and Oxford Railway Station at 11.00am. Begin in the Ashmolean Museum – a treasure-house of art and artefacts from many civilisations. The Museum and Art Gallery in Cheltenham, self-styled ‘capital’ of the Cotswolds, contains a nationally important Arts and Crafts collection, and contemporary work by their artistic descendants. Continue to Broadway, where all four nights are spent.

Kelmscott, Chipping Campden. Kelmscott is the most evocative and best known of the houses associated with William Morris. It looked to him as if it had ‘grown up out of the soil’, and became his spiritual as well as his family home. In 1902 C.R. Ashbee and his Guild of Handicraft arrived in the hitherto quiet village of Chipping Campden. Here they set up workshops, some of which survive to this day, and their lives and skills are celebrated in a small museum.

Owlpen, Sapperton, Rodmarton. Owlpen Manor, untouched since the 17th century, was sympathetically restored for the Mander family by craftsmen with sensitive respect for the past vernacular. In contrast, Rodmarton is one of the last country houses to be built and furnished in a traditional style, by hand with local stone, local timber and local craftsmen. Nearby Sapperton became home to several members of the Cotswolds group including Gimson and the Barnsleys. The first commission for Morris and Co was from architect G.F. Bodley for stained glass for All Saints Church on the Cotswold hills, which therefore contains work by Burne-Jones, Rossetti, Madox Brown, Philip Webb and Morris himself.

Perrycroft, Broadway. Designed in 1893 by C.F. Voysey, Perrycroft House sits high up in the Malverns above the village of Colwall. Commissioned by the industrialist John William Wilson, Voysey’s design incorporates the buttressed brickwork and whitewashed roughcast that subsequently became hallmarks of his style. It was reopened to the public in 2022. The Gordon Russell museum showcases an Arts and Crafts-trained designer whose work is influential today.

Oxford. Oxford was the meeting place of William Morris and Edward Burne-Jones. Follow in their footsteps to the beautiful Burne-Jones windows in Christ Church Cathedral. The coach takes you to Oxford Railway Station by 3.30pm before continuing to Broadway. 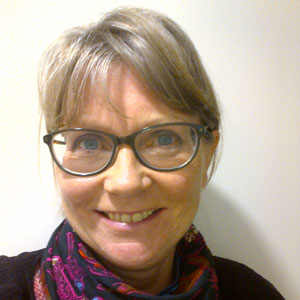 Art historian, curator and lecturer. After a curatorial career, Janet joined the University of Birmingham’s Barber Institute and lectured in art history and heritage studies while researching early 19thc British country house collections. She has held teaching and senior management posts at significant heritage sites in the UK including Petworth House in Sussex, Worcester Cathedral and West Dean College (University of Sussex). Janet is a member of the Attingham Society, ICOM and a co-opted panel member of the Sustainable Communities Fund in the South Downs National Park. She was recently invited to join the Fabric Advisory Committee of St George's Chapel, Windsor.

Hotel accommodation; private coach throughout; breakfasts, 1 lunch and 3 dinners with wine, water, coffee; all admissions; all tips; the services of the lecturer and tour manager.

The Lygon Arms, Broadway: 16th-century coaching inn, though some parts date back to the 14th century. Situated in the high street of Broadway. Single rooms are doubles for sole use.

There is quite a lot of walking on this tour and it would not be suitable for anyone with difficulties with everyday walking and stair-climbing. Coaches can rarely park near the houses, and gardens are extensive. Average distance by coach per day: c. 64 miles. 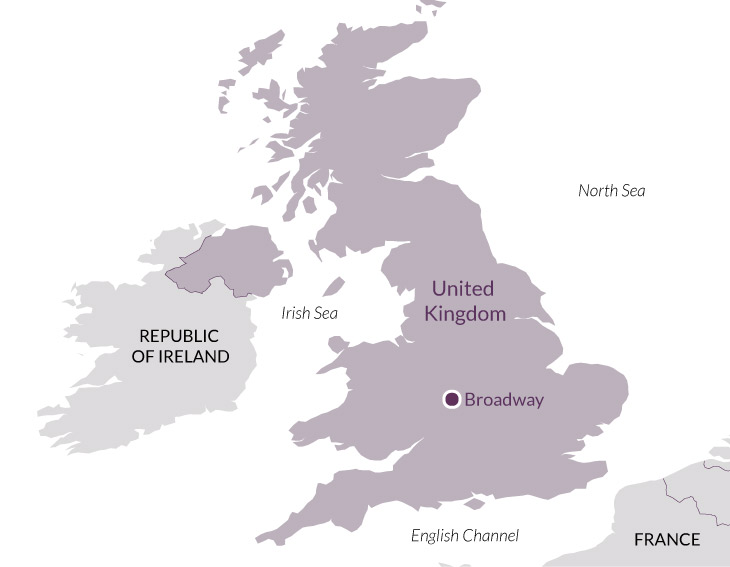 'The lecturer was excellent. Knowledgable and good company.'

'Very well designed to provide a broad spectrum of experience.'

'The lecturer was outstanding in every way. Anticipated everything in advance. Full of knowledge and presented it so well.'