Food writer and lecturer Rosemary Barron, lecturer of our new Gastronomic Crete tour, introduces the culinary attractions of the island.

For the physicians of Cretan and later, Greek, antiquity, diet (diaita) meant ‘a way of living’; specifically, a way of living with good health, enjoyment and consideration for the natural world.

The same society gave us the word gastronomy (gastronomia), ‘the art and knowledge involved in preparing and eating good food’. Millennia later, we can still find these words alive in the work of the island’s traditional food producers, cooks, artists and artisans.

In our own societies’ attempts to understand the relationship between food and health, a ‘eureka’ moment took place 70 years ago. In wealthy America, heart disease was on the rise. An American researcher, Ancel Keys, discovered that, in war-torn, poverty-stricken Crete, heart disease was relatively rare. He concluded that it was to do with the Cretans’ diet and way of life. The timing of his study has since been criticised (it took place during an Orthodox fast which, in the 1940s, was strictly followed), but the general good health of the people was there for all to see.

I first visited Crete just 18 years after Ancel Keys. Roads, where they existed, were in poor shape, there was no gas supply and only the towns had electricity (occasionally). This Crete wasn’t much different from the island Keys had experienced. In the weeks I spent there, as a student-volunteer on an isolated archaeological dig, I felt much healthier than I did at home, in London. I instinctively knew that the reason for this was the food, the many miles I had to walk, and the sharing of our tables with friends and strangers.

Today, the word gastronomy, like the word diet, has shifted in meaning, and is usually associated with ‘fine dining’. But art is more than a pretty plate, and while master-chefs have a great skill, it doesn’t generally include knowledge, or practice of, healthy eating and rarely welcomes everyone to the table. Cretan gastronomy, on the other hand, is a way of life that incorporates knowledge of the production and health value of foods with the art of enjoying them in ways that nurture mind and body. To do this, cooks seek out the largest possible variety of grown or gathered local foods and eat them at their seasonal, nutritional best, the moment when they excite the most with their different flavours and textures. Centre-table are breads – slow-fermented, whole-grain – vegetables and often pulses, while fish and meats are enjoyed in their ‘seasons’. These are based on breeding habits and the ability of animals to feed well. Some of the most appreciated island foods are ‘lesser’ seafoods and meats – octopus, sea urchins, tiny fish, snails, offal and small game.

Centre-stage is olive oil. Extra-virgin, and preferably consumed in the year of its production. It is now widely considered a ‘super food’, so much of the Cretans’ good health can be traced to its copious use in island kitchens.

Greens, too, the wilder the better. A neighbour of mine knew exactly where and when to find over 60 kinds of wild greens and herbs, and how best to prepare and serve them. They contain more, and a greater variety of, nutrients than commercially-grown greens. Some of our own most nutritious and flavourful leaves end up on our compost heaps – beetroot, turnip, radish greens – when they could be foraged. Turned into salads or side dishes (khorta), Cretan-style – with plenty of olive oil – they make very good eating.

Cheeses are on every table. Made with milk (mostly sheep, some goat) from animals that eat a melange of wild herbs and graze outside year-round, they possess nutrients that are missing from the highly-processed, factory-farmed milk cheeses we find on our supermarket shelves.

Herbs are measured by hand, not with a spoon. The medicinal value of a herb or spice is never far from a Cretan cook’s mind; some herbs – parsley, coriander, rigani (Greek oregano), fennel, dill – are added to a dish in large handfuls, others – rosemary, thyme, marjoram, sage – in smaller ones.

Sweet-taste the natural way. Cretan thyme-honey is more than a sugar-substitute – it has nutritional and healing qualities, too. With only a few days a year without sunshine and much pesticide-free land, bees have a good life on the island.

And enjoy a glass of wine. Existing right at the heart of the ancient wine-world, wine is as much part of a Cretan’s diet as olive oil. Made fresh each year and consumed with gusto, ‘village wine’ takes a little getting used to, so it’s good news that, today, modern island wineries are winning international medals. Skilled winemakers are also bringing back the island’s medieval malmsey wine, and making fine wines with its unique, and sometimes ancient, grape varietals.

Rosemary Barron is a food, wine and travel writer with a specialist knowledge of Greece. In the 1980s, she ran a pioneering, village-based cookery school on Crete and Santorini that focused on seasonal rhythm, local culinary skills and a rich food story. She has had papers published by the Oxford Symposium on Food & Cookery, and features in the UK and international media. Her books include Flavours of Greece and Meze: Small Bites, Big Flavors from the Greek Table.

View all tours to Greece 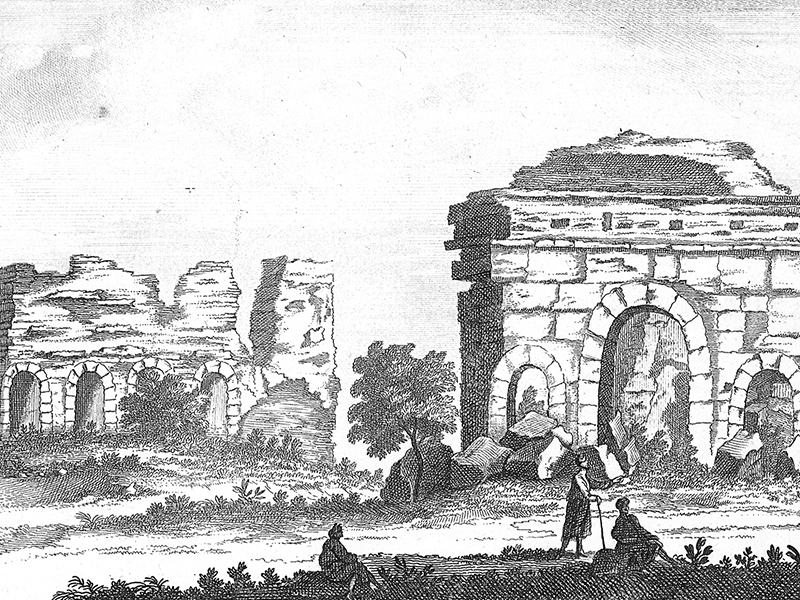