Archaeologists excavating in Georgia’s Southern Caucasus region have uncovered evidence of wine in clay pottery dating back to 6,000 BC, suggesting that wine production in fact began hundreds of years earlier than previously believed.

Neolithic jars, some decorated with images of grape clusters and a dancing man, were found to contain the tell-tale chemical compounds of wine. One of these was a metre wide and almost a metre tall, and could hold up to 300 litres. Radiocarbon dating of grains and charcoal in the vicinity implied that the vessels date to about 6,000–5,800 BC. This discovery breaks the record previously held by traces of Iranian wine found in 1968 just 300 miles away, which were believed to date from 5,400 BC.

Georgia’s ancient wine-making technique has changed little from Neolithic times. Giant terra cotta vessels known as qvevri, usually holding between 100 and 4,000 litres in volume, are filled with crushed whole grapes and tightly buried in deep holes. The 8,000-year-old clay pots uncovered in this latest excavation were found to have narrow bases and did not stand up easily, which suggests that they may well have been buried according to this traditional method.

Discover more about Georgia’s long culture of wine production on Georgia Uncovered, which includes a visit to a traditional winery, and traces the country’s history from the Neolithic period to the Second World War.

We are also running two wine tours in 2018 led by experts; in May to Catalonia and in October to the châteaux of Bordeaux.

Find out more about our wine and gastronomy tours 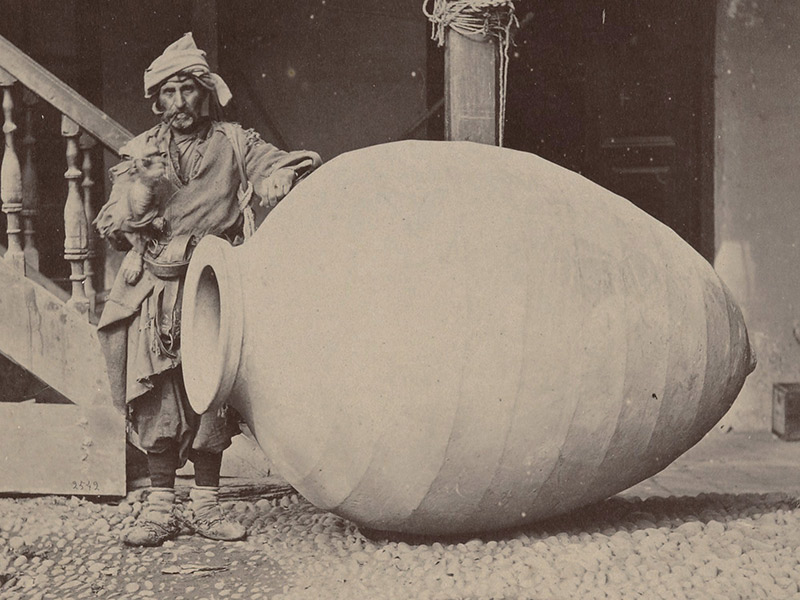