Great French Gardens - Historic and contemporary, among the world’s finest

A selection of the finest gardens in northern France, from the Renaissance to the present day.

Four hotels, one a converted châteaux.

This tour presents a selection of the finest and most famous gardens in France – which means some of the best in the world. Variety, visual impact, horticultural interest and historical importance are among the criteria for inclusion. They range from Renaissance to contemporary, and include flower gardens, woodland gardens, walled potagers, landscaped parks, arboreta and, of course, a French speciality, formal gardens.

This last category, reaching a climax in the seventeenth century, is impressively expressive of Ancien Régime absolutism, symbolic of the royal and aristocratic dominance of both the body politic and of Nature. Avenues of lime and plane, hedges of yew and hornbeam, broderie parterres of box, vast expanses of water and the hydraulic wonders of cascades and fountains: they were intended to delight and overawe both subjects and foreign visitors, as indeed they still do.

It is not all axiality and gigantism; there are subtleties and surprises and many breathtaking beauties. André Le Nôtre might have been the greatest and most influential of Baroque garden designers, but another hero of the tour is Achille Duchêne, who restored many of these gardens in the early years of the twentieth century. Reaction against overbearing formality set in during the eighteenth century; one of the most important manifestations of this is Marie Antoinette’s faux-rustic Hameau.

Renaissance gardens of the sixteenth century are also a very important part of France’s horticultural patrimony, even if most of them are recreations, as at Villandry and Chenonceau. But Renaissance ingredients – box-hedge compartments and broderie, filled with coloured gravel or flowers – are a recurrent ingredient of modern and contemporary gardens.

Modern informality, however, is beautifully done, with curvaceous beds and winding paths an inducement to find hidden dells and pleasing surprises. Le Jardin d’Atmosphère and Le Vasterival are among the most brilliant examples. For floral abundance, it would be hard to do better than among the poppies and water lilies at Monet’s garden at Giverny, at the exquisite Lutyens and Jekyll garden at Bois des Moutiers, at the contemporary Jardin Plume outside Rouen and at the Renaissance hybrid at Villandry.

Versailles. Leave London St Pancras by train for Paris at c. 10.30am. Drive to Versailles and settle into the hotel before visiting the Potager du Roi, the walled produce garden of the royal palace. Vast and with multiple divisions, it is still a working enterprise, and a staggering array of fruit and vegetables are grown here, many of them historical cultivars. First of three nights in Versailles.

Versailles. Intended to express the virtually divine status of Louis XIV (1638–1715), the sheer scale of both palace and garden is overwhelming. The park is the masterpiece of the most influential garden designer of the Baroque era, André Le Nôtre, with 1.5 km lakes, broad avenues, hidden groves and a multitude of sculptures. Marie Antoinette’s Hameau, a retreat from mainstream court life, has a faux-rustic farmstead, naturalistic landscaped park and a delightful little formal garden. Some free time – an opportunity for an independent visit to the state apartments of the main château.

Vaux-le-Vicomte, Courances. Vaux-le-Vicomte preceded Versailles; Louis XIV was so piqued by the magnificence of his finance minister’s residence that he imprisoned its patron and transferred its creators, who included Le Nôtre, into royal employment. Both house and garden rank as among the most influential creations of early modern Europe. Courances is even earlier; slabs of green – broad lawns, high box hedges, lofty plane trees, parterre de broderie – and great expanses of water; an extraordinarily lovely place, with a Japanese garden too.

Villandry, Chenonceau. The 1530s Château de Villandry is equipped with one of the most spectacular gardens in the world, created in the early 20th century in accordance with 16th-century designs and principles. Tiers of terraces, brilliant planting, impeccable maintenance, and the startling visual effects and amorous symbolism of the vegetable parterres. Famously straddling the River Cher, the Château de Chenonceau was progressively enlarged and beautified during the 16th century for Diane de Poitiers and Catherine de Medici. The plantings in the walled gardens are a modern interpretation of Renaissance design.

Sassy, Saint-Biez-en-Belin. Leave the Loire and drive north. Le Jardin d’Atmosphère du Petit Bordeaux is a wonderfully inventive modern garden, an informal and seductive succession of spaces with broad borders, irregular lawns, narrow paths, mature trees, clipped hedges and water – and 3,600 species and varietals. The second stop is at the 18th-century Château de Sassy: on a hillside site in a rural location, there is a 1920s version of a 17th-century garden by Achille Duchêne. Reach Normandy for the first of three nights in Rouen.

Le Bois des Moutiers, Le Vasterival. Two gardens on the Normandy coast. Le Bois des Moutiers is a fine example of the English partnership of Edwin Lutyens and Gertrude Jekyll, a sequence of ‘rooms’ with breathtakingly beautiful planting between walls of masonry or yew (currently closed for renovation - an alternative will be arranged if it has not re-opened by our visit). Spread across a clutch of little valleys, the woodland garden of Le Vasterival was established by a Norwegian princess in 1955. Colour coordination of leaves, bark and blossom, and a unique system of ‘transparent’ pruning contribute to the extraordinary beauty of this garden.

Auzouville-sur-Ry, Giverny. Starting work on Le Jardin Plume at Auzouville in 1996, Patrick and Sylvie Quibel have created one of the finest contemporary gardens in France, with a modern blend of grasses and wild-style perennials in a design rooted in the French traditions of formality, parterres and potagers. Claude Monet’s garden at Giverny is probably unique for its intersection of art history with horticultural achievement. The artist lived here from 1883 until his death in 1926, designing and tending his gardens which grew in size as his prosperity increased.

Rouen, Chantilly. Free morning in Rouen, architecturally and scenically one of the finest cities in France, with a celebrated cathedral and an impressive group of Late-Gothic churches. Drive in the afternoon to the Domaine de Chantilly, whose 115 hectares of grounds include a 17th-century French garden by Le Nôtre, an 18th-century Anglo-Chinese garden and a 19th-century English Garden. Overnight Chantilly.

Paris. Founded in 1626, the Jardin des Plantes is the principal botanical garden in France, and occupies 28 hectares on the left bank of the Seine in the 5th arrondissement. There is a huge range of plants, European and exotic, and fine horticultural displays. Return to London St Pancras c. 6.30pm. 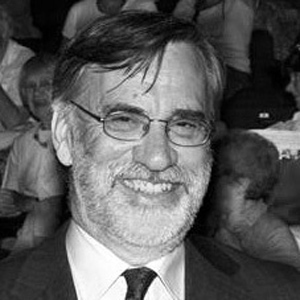 Fellow of the Chartered Institute of Horticulture, Fellow of the Linnean Society and a Professional Associate of the Royal Horticultural Society, Steven Desmond specialises in the conservation of historic gardens. He obtained an MA in Conservation from the University of York, and works as a writer and lecturer. As well as contributing to Country Life and other journals, he is the author of Gardens of the Italian Lakes (2016), led many tours for MRT and is a regular with The Arts Society; he has completed two lecture tours of Australia for ADFAS.

Train travel by Eurostar (Standard Premier); travel by private coach throughout; hotel accommodation as described below; breakfasts, 2 lunches and 7 dinners with wine, water and coffee; all admissions; all tips; all taxes; the services of the lecturer and tour manager.

Some of the gardens are very large so the tour is not suitable for people unable to walk a couple of miles at a time. Paths are often uneven and there are many steps and inclines, so sure-footedness and sturdy footwear are essential. You need to lift your luggage on and off the train and wheel it within stations. Some days involve a lot of driving. Average distance by coach per day: 85 miles. 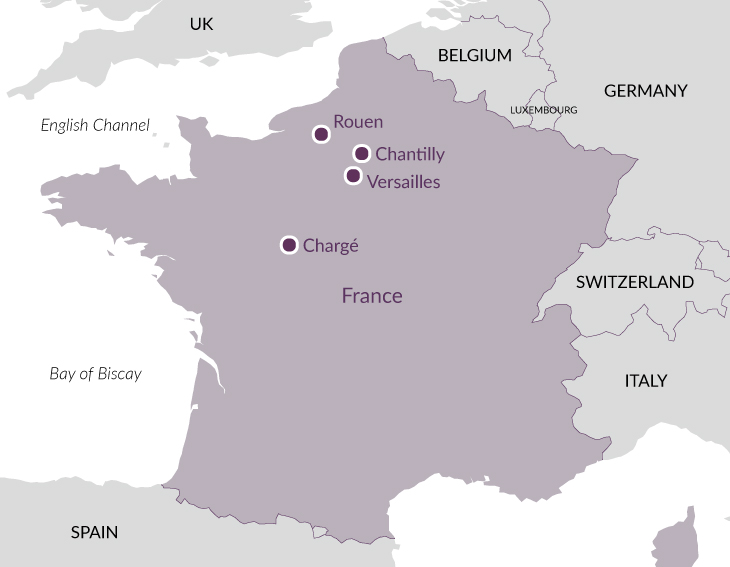 'The tour itinerary flowed coherently through the evolution of French garden style and provided some quite lovely surprises every day, aided considerably by the lecturer's grasp of the best way to experience each garden, in addition to his extensive knowledge of horticulture and landscape design. A beautifully planned trip which exceeded my expectations.'

'Steven Desmond was superb and 'excellent' isn't high enough praise! He was an outstanding guide, enormously knowledgeable and a sheer delight to be with.'

'Steven was a great raconteur with a delightful sense of humour and an incredibly wide knowledge of history, horticulture, architecture and literature to name just a few of his areas of expertise.'