MRT lecturer Ian Colvin on the charms of Armenia

Historian and Byzantinist, Ian Colvin, specializes in Late Antiquity and the south Caucasus. As lecturer on our forthcoming Armenia tour, he is well placed to recommend the country’s many attractions.

Why visit Armenia? The Republic of Armenia is both beautiful in its natural setting, and the perfect place to explore the culture and history of the Armenian people.

This compact, landlocked, country is favoured with a spectacular and diverse landscape of high mountains, steep canyons, alluvial plains and upland plateaus. At its core are two of the key regions of ancient Armenia, studded with early churches and fortified monasteries, and with the archaeological remains of this country’s long and fascinating history. Yet this is the remnant of a much larger Armenian homeland that extends into neighbouring countries and regions that were once (and in some cases still are) home to sizeable populations of Armenians. And it remains the spiritual and historic heart of a global Armenian diaspora.

While a very distinctive language and religion are at the centre of Armenian culture, both show the imprint of long contact with neighbouring peoples. Armenian hospitality is legendary. The cuisine has benefited from influences as far afield as Lebanon, France, Russia and Iran, yet fresh local produce remains at its core. Armenian brandy is renowned, while its wines are yet to be discovered outside of the country. Armenia is at the same time a fiercely traditional country, and a cosmopolitan, outward-looking one, proud of the successes of its famous sons and daughters, both local and diasporan.

Selecting personal highlights of this tour is a challenge. Armenia boasts a magnificent architectural heritage. The distinctive Armenian church architecture developed in the troubled 7th century, when control of the country was disputed by Byzantines and Arabs. One cannot visit an Armenian church without marvelling at the genius of Armenian masons, so it is a delight to visit the workshop of the modern cross-stone carver of Vanadzor whose craft dates back to at least the 9th century. But the natural setting of each monastery, be it Khor Virap’s backdrop of Mount Ararat, the bright waters surrounding island Sevanavank, or the wooded valley of Haghartsin, greatly enhances these beautiful living monuments.

And while the capital, Yerevan, was born amid the upheavals of the First World War, the horrors of the 1915-1920 genocide, and in the wake of the Russian Revolution and Civil War, this is an attractive, planned, modern city, with a thriving cultural scene and public buildings of coloured volcanic tuff. Today Armenia is recovering from a further bout of blood-letting that accompanied the collapse of the Soviet Union. This time the Armenians won a war with Azerbaijan, ‘liberating’ Nagorno-Karabakh, an autonomous Armenian region in neighbouring Azerbaijan, which remains a ‘frozen’ conflict. There is much to be said for visiting Armenia now, while the political situation holds.

View all tours with Ian Covin 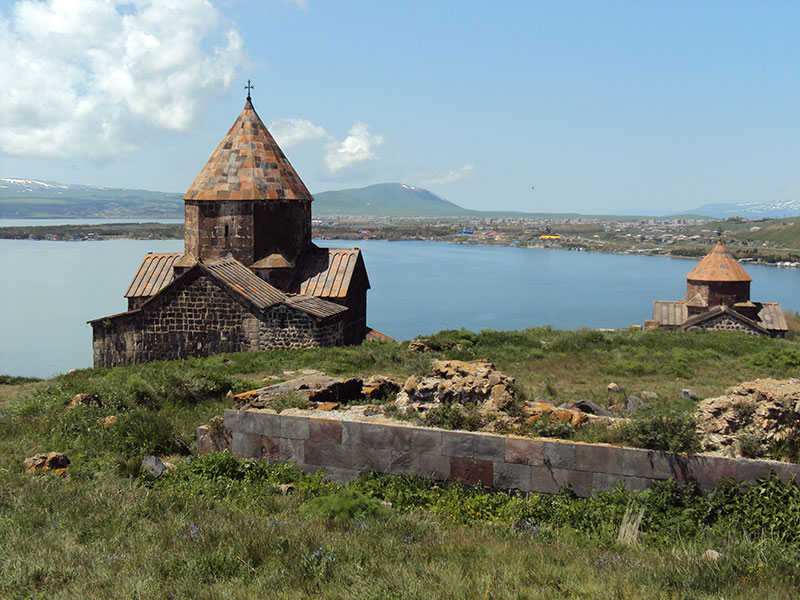