Kelly Ward and Fiona Urquhart both joined us in 1997. Here they reflect on some of their earliest experiences at MRT, and favourite memories from the past twenty years.

I joined MRT as a fairly recent Classics graduate in January of ‘97. I was much relieved to exchange the polyester uniform and 4am starts of my short-term stint at the Heathrow Information Desk for office ‘mufti’ and more civilised hours.

I still remember clearly my job interview with Martin and the then Finance Director, Michael. I determined I would make them smile before the end of the interview. I was growing desperate. Just as it dawned on me that perhaps I wasn’t as bewitching as I had imagined – there it was; at the eleventh hour. Martin was kind and friendly – but when it comes to staff selection, he is unequivocally serious.

Twenty years later, two of us who joined that year are managing MRT in London (Fiona) and Brisbane (myself). Two of our colleagues, Charlotte Howlett-Jones and Sheila Taylor, after leaving the office went on to become tour managers for many years (Charlotte continues) and another, Emma Duffield, is being welcomed back into the fold to head operations in the US. That was about half the entire staff back then and shows the loyalty the company creates.

I must confess I bluffed my way in a little. Yes my academic credentials and language skills were all genuine but when they asked, ‘How are you with computers?’ I replied, ‘Well of course, I’m not scared of them!’ Cue laughter – mine considerably more nervous than my interviewers’. Teaching myself a bewildering desktop publishing programme when I could barely manage more than booting up was a formative challenge. But these were also the days when optional bookings were written on paper charts in pencil, then confirmed by overwriting in pen; we passed tour amendments and phone messages through the office by scrap paper and the folders of tour correspondence and planning took up more cm2 office space than MB.

Technology has moved us forward, continents have divided us and experience has moulded us, but we still retain that fire to create, innovate, listen and relentlessly improve.

I hope after a seven-year absence, caused by the terror of travelling longdistance with my three boys, that I might get back to the UK this year to celebrate our 20th anniversary at MRT together with Fiona. It would give me great pleasure to return to our cherished haunt of Chiswick Pizza Express (if it still exists) to raise a glass or three to our MRT journey – and the 70,000 journeys of others that we have been fortunate to play some part in.

Reading Kelly’s column took me straight back to my interview, also in 1997, also with Martin and Michael. I don’t remember making them smile, but presumably I did something right.

My first year was something of a blur. I was 23, a bit green, but fluent enough in Spanish, Italian and French, and was launched straight into the administration of some thirty tours to continental Europe – and the Lesser Antilles. Within a couple of weeks I waved off my first group at Then and now Celebrating twenty years at Martin Randall Travel Heathrow: The Road to Santiago led by John McNeill. In those days we started with a slide show at an airport hotel and so I found myself making my first speech (not something I relish even now).

After six months I was off on my first solo recce, to Mexico and Guatemala for Lands of the Maya, armed with travellers cheques and an international phone card. I coincided with a Zapatista uprising in the Palenque jungle, but in the pre-mobile, pre-internet world my family were happily none the wiser. Back in Chiswick, I was planning a whole range of new tours to Spain with Adam Hopkins and Gaby Macphedran, beginning with Extremadura where I too had lived, but extending to much of the remote and undiscovered interior. Gijs van Hensbergen was also on board, full of enthusiasm and ideas to further the Spanish programme.

It was a very rewarding time, and frequently very entertaining. The same could be said today, and even if my role is radically different, there are elements that have always remained, and that I have always enjoyed: working (and laughing) with Kelly, Martin and innumerable other colleagues, with lecturers (with one in particular to whom I am now married) and tour managers, with musicians and clients.

Obviously it hasn’t all been one long treat. Some of the challenges we have faced have been sizeable: Icelandic ash, Venetian floods, the Russian government’s refusal to allow our chartered plane to enter their airspace – 72 hours before our St Petersburg festival commenced.

While that last one was particularly hairy, it was not enough to make me rethink my choice of career. Maybe I thrive on a bit of drama, but maybe I also like working for a company where things happen, ideas progress, ambitions are reached, where the end product is so incredibly interesting – and our clients so receptive. Fundamentally, MRT is the same now as then, holding the same values, inspiring the same loyalty from clients and staff. I feel very lucky to have happened across that advertisement in The Guardian all those years ago, and I look forward to raising that glass of wine with Kelly to the (twenty) years ahead. 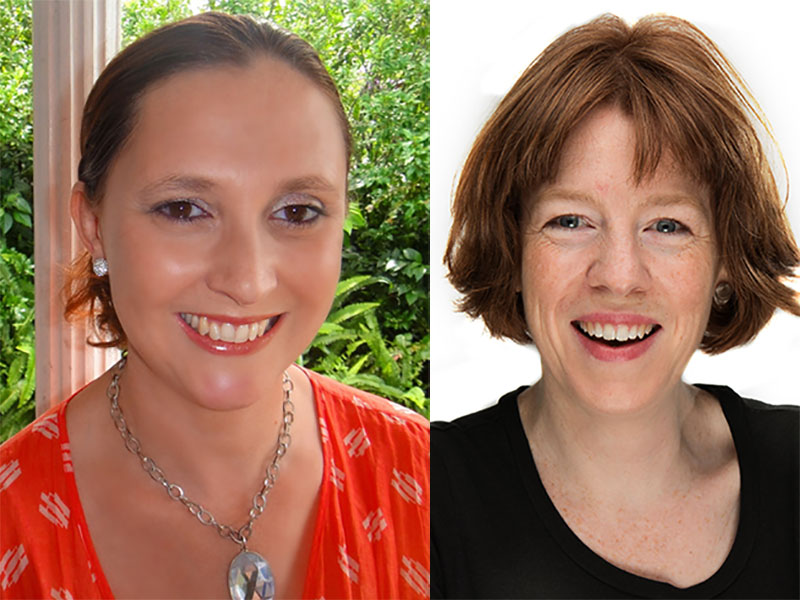