To fully appreciate the city, one must peel back the history of its sites both in relation to their own time, and in terms of what subsequent periods have made of them, says Dr Giles Tillotson, leader of our Rajputs & Mughals tour and author of a new book about Delhi.

Its origin and antiquity may be disputed, but Delhi has without doubt been a major city for at least a thousand years. It has served as a centre of power for Rajput clans, for the first sultans, for Mughal emperors, for the administrators of the British Raj in the early 20th century, and for India’s federal government since Independence in 1947. Successive regimes established themselves on adjacent or overlapping sites, adding to Delhi’s vertical layers and its horizontal spread. Old guidebooks speak of the ‘seven cities of Delhi’; but these were all Islamic citadels, built before the coming of the British, and in recent times archaeologists have added more cities to the bottom of the tally just as developers have added many more to its top.

The Mughals built their walled city in the 17th century by the river bank, as far away as topography would permit from the earliest settlements. Three centuries later the British added their geometrically planned extravagance in the mostly empty centre, between the Mughal city in the north and the ruined sultanate forts in the south. In the late 20th century new housing colonies filled up all the spaces in between, and in the new millennium the spread has extended beyond those historic boundary markers, both south-westwards into the farmlands of the hinterland and eastwards across the River Yamuna.

Neither history nor geography, however, fully conveys the city’s characteristic layering: the constant interaction between its present and its past. To residents of Delhi, for example, the famous India Gate is not just a war memorial; for a long time it has also been a favoured place to go for an ice-cream on a hot summer night, and lately it has become a place where members of civil society collect to protest miscarriages of justice. Political protesters traditionally prefer to congregate at the Jantar Mantar, an 18th-century observatory. The Lodi Gardens are not just the location of some early tombs but a place for picnicking, jogging, and falling in love. The Red Fort, built by the Mughal emperor Shah Jahan, now serves as the podium for an annual speech to the nation by the prime minister on Independence Day. These later uses are as important as the original functions in explaining how the buildings are seen today.

Such layering is everywhere. Humayun’s Tomb is not only the burial place of one of the early Mughal emperors; it is also the place where his last ruling descendant, Bahadur Shah Zafar, was arrested, at the bloody dénouement of the uprisings of 1857. Driving around the elegant avenues of New Delhi, lined by government servants’ bungalows protected by high fences and armed guards, you might at first take the scene as typical of Indian officialdom: such apparent self-importance! But look again and you realise that nothing has changed since the 1930s: that this is a colonial city, after all, modelled in part on a military cantonment. On the other hand, few people today would regard Rashtrapati Bhavan (the former Viceroy’s House) or the Secretariats as legacies of colonial rule: they may be massive and imperial, but they are more popularly associated with independent India’s successive presidents and ministers. They are proud symbols not of the past but of the present.

Just as the past can erupt into the present, so the present refashions the past according to its own compulsions. This is what makes Delhi so intriguing, and makes spending time in it worthwhile.

View all tours to India 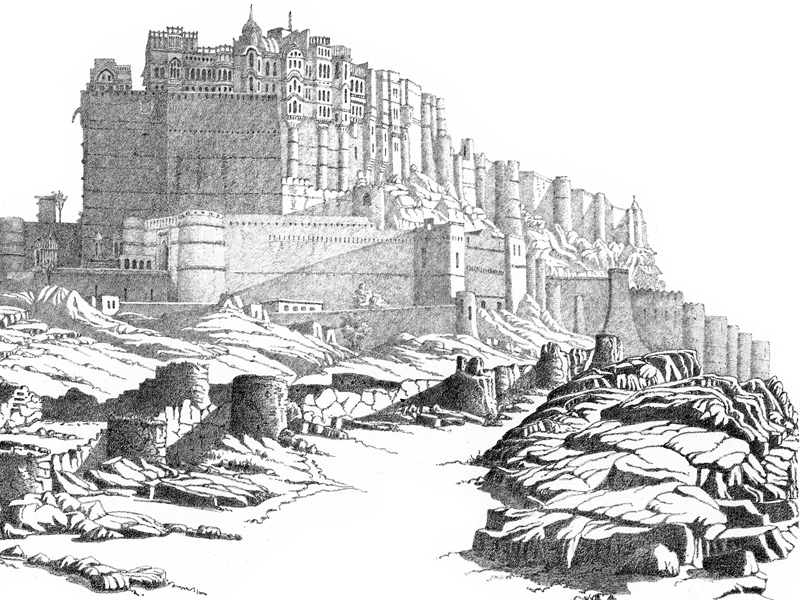