Talks from our London Lecture Afternoon

For our annual London Lecture Afternoons we select a stellar line-up of speakers from our pool of experts, with talks held in historic and central venues in London. The lecture topics are diverse and aim to illuminate on themes ranging from the anatomical drawings of Leonardo da Vinci to Uzbekistan's lost and recovered artefacts.

Here, we share each of the lecturer’s talks which were given at our 2017 London Lecture Afternoon at the Law Society.

What one sees, as a tourist abroad, is often only part of the story. This lecture explores some of the stories hidden from view in Khiva, Bukhara, Samarkand and Tashkent – the shrine of a Tashkent locksmith, the message of a mihrab in Khiva, Samarkand monuments before and after restoration, architectural evidence for textile designs, now lost, in Bukhara, and a tilework frieze with a missing tile, a tile that recently appeared in London.

Austria’s Horatio Nelson: Admiral Tegetthoff and the Battle of Lissa (1866)

Few today recall that the Habsburg empire possessed less than a hundred years ago one of the most powerful navies in the world. Thanks to Wilhelm Tegetthof, the outstanding naval personality (after Nelson) of the nineteenth century Austria's navy defeated a superior modern Italian fleet in 1866 at the battle of Lissa. The battle was studied in every naval academy in the world and laid the foundations for the Habsburg empire's modern naval tradition. By the outbreak of the First World War, Vienna possessed a modern battle fleet including several modern dreadnoughts and a formidable naval air service. In this lecture, Richard Bassett, the author of the much acclaimed history of the Habsburg armed forces: For God and Kaiser (Yale 2015) charts the exciting career of Admiral Tegetthof and the Austrian naval tradition his courage burnished.

Patrons of Architecture in the Renaissance: the case of Elizabeth I

Unlike her father, Henry VIII, Elizabeth I is not associated with great building projects, but this talk will explore the ways in which houses built to entertain her, repairs and embellishments to the royal palaces, charitable institutions founded in her name and texts which celebrated buildings at the time of a royal visit together give us a sense of her role as patron.

Seeing inside the body: from the classical world to today

What do we imagine our insides look like, and how they work? How does that relate to changes over history in the technology of visualisation? Ranging from the mediaeval ‘frog-woman’ to 1930s Germany, via the drawings of Leonardo da Vinci and the wax images of La Specola, this lecture explores the different ways in which people have imagined the structures and processes inside themselves.

A Tale of Beehives and Wasps: how the City attracted its swarm of lawyers

The City of London is a global business centre which began as a Roman trading post. This tradition of trade still attracts those in search of a commercial base and professional services, from prostitutes to lawyers, are drawn by the chance to part the rich from their profits. The legal profession, encamped on the western edge of the City, are like a swarm of wasps near honey-filled beehives and our flexible legal system attracts wealth-making “bees" from around the globe.

The Ancient Greeks, and why they are harder to explain than the Romans!

Today many achievements of Ancient Greek civilisation can still be admired on archaeological sites in Greece or by visiting world class collections such as the British Museum's. Antony Spawforth illustrates some of these attainments. He also puzzles, as many do, over why the ancient Greeks seem to have led in the culture stakes, while the Romans merely followed.

To register your interest for our 2020 London Lecture Afternoon, please e-mail alerts@martinrandall.co.uk. 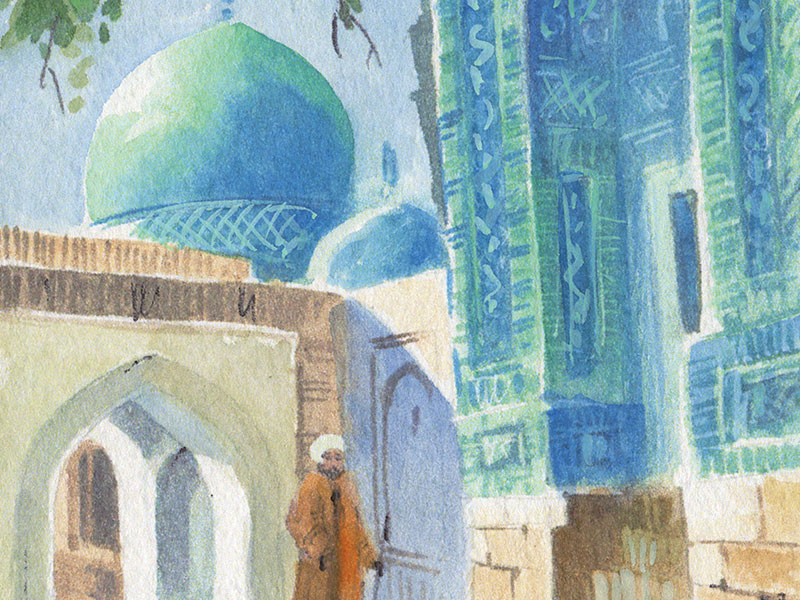