Strasbourg Cathedral is one of the greatest monuments of Gothic art and architecture in Europe.

Stay throughout in the Hôtel Cour du Corbeau, a beautifully restored, 16th-century Alsatian Inn in Strasbourg.

Option to combine with Music Along the Rhine, 23–30 June 2023 (contact us for more information).

It is one of the oddities of modern Europe that Alsace belongs to France. Historically, culturally and linguistically, the region has had more in common with its German neighbour to the east of the Rhine. Alsace is a hybrid.

The region was settled by Teutonic tribes in the 5th century. In the Middle Ages most of the region, along with a chunk of Switzerland, formed part of the German duchy of Swabia, which owed allegiance to the Holy Roman Empire. Two of the imperial families, the Hohenstaufen and the Habsburgs, had their principal domains in the region, on both sides of the Rhine. The major cities – Strasbourg, Colmar and Freiburg – were among the greatest of the independent free cities of the Rhineland, the economic powerhouse of transalpine Europe.

Only in relatively recent history has the Upper Rhine become a disputed border between antagonistic powers. In the Middle Ages and for long after, the river was not a divisive factor but a unifying highway, the meeting place for goods, peoples and ideas from both sides. The acquisition by France in 1648 of the left bank – modern-day Alsace – paid no heed to linguistic, religious or cultural considerations. Indeed, it reverted to the German Empire for 47 years after the Franco-Prussian war of 1871.

This tour ignores modern national boundaries. This way the immensely rich artistic and cultural heritage can be fully appreciated, and stylistic variations be seen as regional inflections rather than national differences.

London to Strasbourg. Travel by Eurostar at c. 10.15am from London St Pancras to Paris, and continue by TGV (high-speed train) to Strasbourg, arriving in time for an introductory talk and dinner. All seven nights are spent in Strasbourg.

Strasbourg. Since the High Middle Ages, Strasbourg has been one of the most important intellectual and cultural centres of Europe, and is now seat of the European parliament. The cathedral, constructed and adorned over several centuries, is one of the greatest monuments of Gothic art and architecture in Europe (currently undergoing restoration works to the cupola). Visit also the cathedral museum and the church of St Thomas (extravagant tomb of Maréchal de Saxe) and enjoy the picturesque streets and canals.

Colmar. Colmar is an attractive medieval town with richly ornamented half-timbered and stone buildings lining the streets and canals. The Gothic church of St Martin contains the Virgin of the Rose Garden, an altarpiece by Schongauer (1473). The Musée d’Unterlinden has an outstanding collection of 15th- and 16th-century pictures, chief of which is Grünewald’s Issenheim altarpiece, the most searing of all images of the Crucifixion.

Molsheim, Rosheim, Obernai. A day of small places. Molsheim has a Jesuit church and a Carthusian monastery. The chapel of St Ulrich in Avolsheim was built in the 10th century and contains 13th-century frescoes. In Obernai, visit the church of St Pierre with its 16th-century windows. Rosheim possesses a number unspoilt medieval houses and the 12th-century church of St Pierre et Paul. In the heart of wine-producing countryside, Obernai is partly surrounded by fine ramparts.

Kaysersberg, Murbach. Kaysersberg is a remarkably unchanged medieval village with delightful houses, castle, bridge, and a church with a very fine carved altarpiece. In the afternoon drive south through the lovely hill scenery of the Massif du Ballon d’Alsace. Nestling in wooded hills, the Romanesque abbey at Murbach was the most important in the region, and its Romanesque church is correspondingly magnificent.

Niederrotweil, Freiburg, Breisach. Cross the Rhine to Germany. The parish churches at Breisach and Niederrotweil each have a most beautiful late Gothic altarpiece carved by the so-called Master HL with an extraordinary swirling design. Freiburg im Breisgau is one of the best preserved old towns in Germany. At its centre is the minster, a magnificent Gothic construction with the tallest spire completed in the Middle Ages. The excellent city museum has recently reopened after major restoration.

Strasbourg. Free morning followed by an afternoon visit to the former collegiate church of St-Pierre-le-Jeune with its 14th-century frescoes.

Leave Strasbourg at c. 10.45am by TGV for Paris and continue by Eurostar to London St Pancras, arriving c. 4.45pm. For those joining Music Along the Rhine: travel by coach from Strasbourg to Basel, where the festival begins. 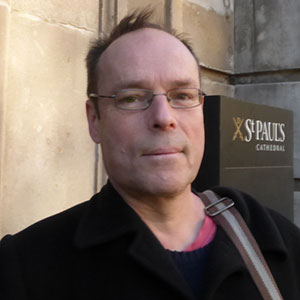 Architectural historian and lecturer specialising in the Middle Ages with a strong interest in the modern. He studied at Cambridge, followed by the Courtauld, where he obtained his PhD. He was Deputy Academic Director at Christie’s Education and has published on English and German architecture.

Hôtel Cour du Corbeau, Strasbourg: beautifully restored 4-star hotel, located close to the cathedral and the Palais Rohan. Rooms maintain many of the original features of the building, though décor is contemporary.

There is a fair amount of walking and standing around within the towns. Many town centres are only accessible on foot, and paving may be cobbled or uneven. You need to be able to lift your luggage on and off the train and wheel it within stations. Average distance by coach per day: 55 miles. 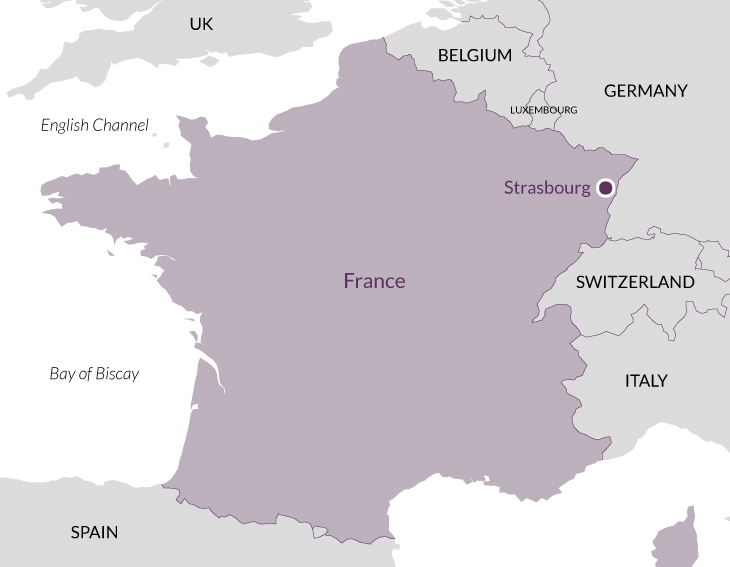 'We came back with a smile on our face and enthusiasm in our hearts, so it has to be good value.'

'Locations were excellent and well balanced.'

'The choice of itinerary was fabulous; very varied and enhanced by our lecturer.'