A Day at the National Gallery: The Italian Renaissance

What was immediately striking as we gathered in Room 52 of the Sainsbury Wing was the mammoth task for the lecturer; art historian Dr Michael Douglas-Scott. How to condense the manifold ideas, developments and discoveries that inspired Italian Renaissance art, into a single day at the National Gallery?

In the event, of course, he rose to the challenge consummately. Dr Douglas-Scott’s sessions gradually snowballed from a calm and necessary explanation of the etymology and origins of the Renaissance in front of ornate 13th-century altar pieces, to him excitedly bouncing ideas off our group about the interpretations of Botticelli’s masterpiece Venus & Mars.

The quality and variety of the Gallery’s collection mean that we were able to move seamlessly from examining how the Italian countryside and even cityscapes of Florence were incorporated into religious scenes such as The Martyrdom of Saint Sebastian, to marvelling at Da Vinci’s eerie The Virgin of the Rocks. Alongside these spectacular religious works (and those inspired by Greek and Roman mythology), an illuminating session was spent studying Renaissance portraits. A particular highlight was Lotto’s Portrait of a Woman inspired by Lucretia. The subject looks at the viewer with a piercing stare which was unusual for female sitters, her hand pointing ominously towards a drawing of Lucretia; the Roman noblewoman who stabbed herself to death after she had been raped by the son of King Tarquin. This painting, among others, provided a valuable and shocking insight into the status of women in society of the period, where chastity at all costs was a key virtue.

With the interpretation of such ambiguous pieces, Dr Douglas-Scott’s ability to encourage debate and engage his audience came into its own. Apart from his obvious enthusiasm and command of his subject (a fellow participant remarked that he ‘fizzes with ideas’), it was this mutual interaction that meant all of us emerged from the Gallery feeling like we had learnt an awful lot.

View itinerary for The Italian Renaissance 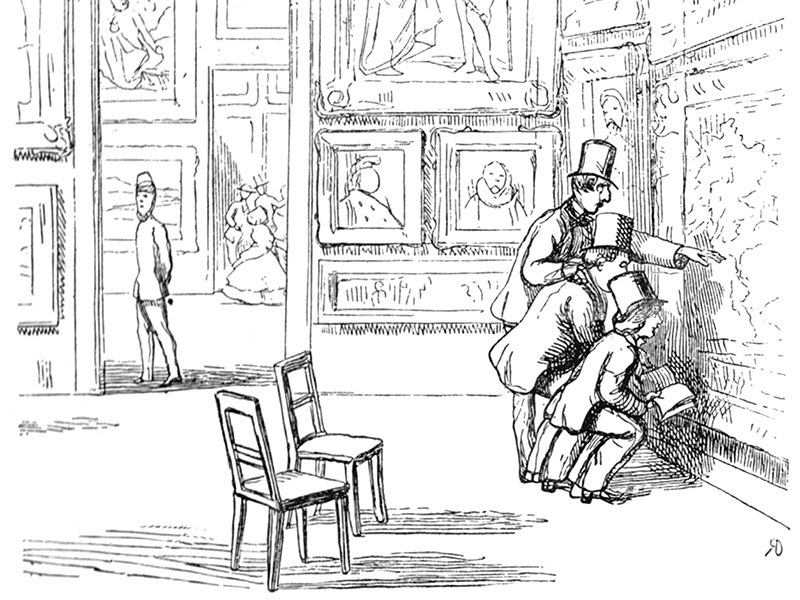