Operas are mostly set in a clearly-identified time and place – Mozart’s The Magic Flute, which takes place in an unknown location at an unknown date, is an exception. Composers often incorporate local colour and references to the country and the era in which the libretto is set. Opera directors, keen to exercise artistic license, frequently move against these indications and transplant the opera to a different location and period, with results that vary from the inspirational to the ludicrous.

Simon Rees’s first series Opera and Places was described as combining a passionate love of the music with an erudite and witty appreciation of the context. He continues with a further five operas and their settings. Two of these operas – Un ballo in maschera and Rigoletto, both by Verdi – were forced by state censorship to change their locations, and this paradox will be explored.

They take place every Thursday from 19th January to 16th February at 4.30pm (GMT) and, including Q&A, will probably last an hour. They are available for viewing for eight weeks after the last episode is streamed (13th April 2023).

Gustav III of Sweden was assassinated in 1792 at a masked ball held at the Royal Opera House in Stockholm. Giuseppe Verdi intended to set the historical account of the assassination, but censors forbade this, forcing him to relocate the work first to Stettin and then, even more implausibly to Boston, Massachusetts, where the victim was the fictitious Count of Warwick. During the last 50 years it has been more usual to set productions in the original Stockholm, naming the characters with their Swedish names (Anckarström for Renato, Counts Ribbing and Horn for Sam and Tom). This lecture will explore Gustav III’s Stockholm as the setting for the opera.

Tchaikovsky set Pushkin’s tale of gamblers and ghosts in St Petersburg. Many of the buildings and parks referred to in the libretto are still there and form a fascinating setting for the dramatic, spooky and enthralling plot in which Herman the impoverished army officer tries to get the aged Countess to reveal her secret of winning at faro, a card game that obsessed thousands during the 18th and 19th centuries, although not much more complex than snap. The Countess was nicknamed ‘The Queen of Spades’, and this is the fatal card in the story.

Thomas Mann’s tragic tale of the poet Aschenbach and his besotted love for the Polish boy Tadzio, seen on the beach at the Venice Lido, inspired Benjamin Britten’s last opera, Death in Venice. Britten himself knew Venice well, having spent time there for the premiere of The Turn of the Screw. He responded to the faded, decadent atmosphere of fin-de-siècle Venice and the hotels along the Lido with music that incorporated his latest discoveries in gamelan music and the tuned percussion of south-east Asia, as well as recalling the music of the Venetian gondoliers and café-singers. Tadzio is portrayed by a mute dancer, and Aschenbach’s death as he watches the boy dance on the beach is one of the greatest and most poignant moments in Britten’s operatic work.

Igor Stravinsky wrote The Rake’s Progress after seeing an exhibition of Hogarth’s paintings of A Rake’s Progress at an exhibition in Chicago. W.H. Auden and his partner Chester Kallman collaborated on the libretto, which wittily uses 18th-century verse forms to create a parody or pastiche of 18th-century London. Stravinsky, at the end of his neoclassical period, wrote a score which largely ignored Auden and Kallman’s meticulous scansion, but which called up a spiky, lyrical, whimsical and ultimately tragic portrait of the Rake, Tom Rakewell, and his decline and fall.

Just as with Un ballo in maschera, Verdi and his librettist Francesco Maria Piave were forced by censorship to change the setting of their opera based on Victor Hugo’s Le roi s’amuse, from Paris to Mantua. The original Rigoletto was Triboulet, a jester at the court of Francis I. Unlike Un ballo in maschera, now most frequently put back in place in Stockholm, Rigoletto continues to be set in Mantua, with the Duke of Mantua as the villain and his palace (a glorious renaissance cluster of buildings) as the main setting, while the river Mincio stands in for the Seine at the opera’s murderous conclusion. Splendidly, the city of Mantua signposts the wholly fictitious House of Rigoletto, complete with a statue of the jester, a case of life following art.

Simon is a freelance dramaturg, translating opera librettos for singing and surtitles, as well as lecturing and writing on opera, theatre, art and architecture. He is an Associate Lecturer at the Wales International Academy of Voice, and also teaches at the Royal Welsh College of Music and Drama. A novelist, poet and librettist, from 1989 to 2012 he was dramaturg at Welsh National Opera. 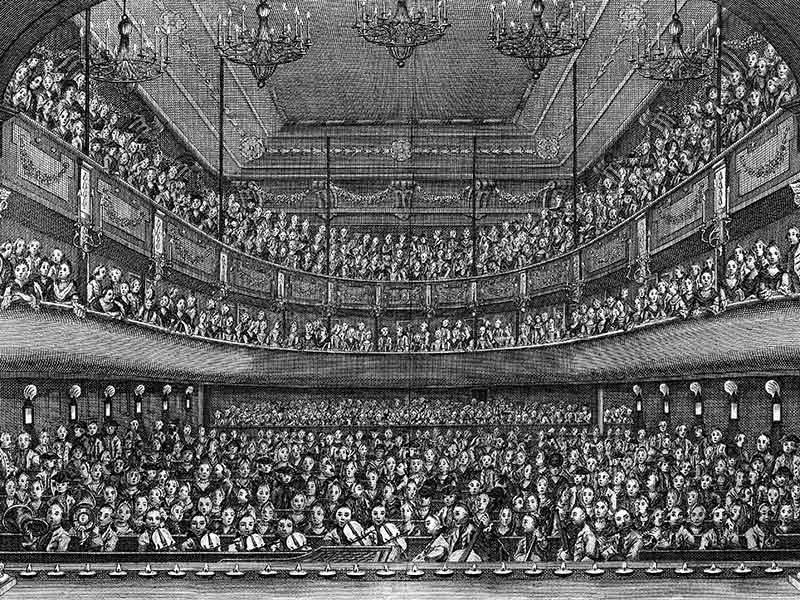