I have been leading the Martin Randall Travel tour to Palestine for several years now. As a territory much in the news but little visited in recent years, the tour was created from a wish to study the Occupied Territories of Palestine (OTP) as their own destination, beyond the more typical brief foray from Israel, over the separation wall to Bethlehem and out again. As a geographical term, ‘Palestine’ (in use since at least the 5th century BC) describes a much wider region than just the West Bank and Gaza. Our tour focusses on the West Bank as a safe, friendly, scenic, and fascinating corner of the world with so much to offer.

Bethlehem’s heart is the newly restored Church of the Nativity, the traditional birthplace of Christ, but other delights include great falafels at the Afteen restaurant near Manger Square. A visit to the run-down but magnificent Solomon’s Pools (currently under restoration) is recommended, as is spectacular Herodion.

A Tale of Two Cities at Hebron

Hebron can make for a fascinating though quite solemn visit. The Macphela, or Tomb of the Patriarchs, is a magnificent structure, housing the caves where traditionally Abraham, Sarah, Jacob and Isaac are said to be buried. With Herodian, Islamic, and Crusader elements, it is divided today into a mosque and a synagogue. The Old City boasts some wonderful medieval and later architecture, and lovely textiles for sale in the soukh. The glass factories offer a chance to see an ancient local craft in practice, and to purchase the results. Jericho in the Jordan Valley lies 258 metres below sea level, and is an incredible mix of the really old and the very new. The ancient site of Tell es-Sultan has stupendous remains from the Neolithic era (8,000BCE), and from the Canaanite town of the 3rd and 2nd Millenniums BC. Nearby are the magnificent early Islamic Hisham’s Palace and Herod’s Winter Palace. Take a cable car up to the Mount of Temptation, where a 19th century monastery marks the site of Jesus’ temptation. A wonderful café serves fresh juice, tea and coffee to be enjoyed with an astonishing view over the Jordan Valley.

Near to Nablus is the Samaritan village up on Mount Gerizim, where you can visit the Samaritan Museum, the life work of Priest Hosni Cohen, the Samaritan High Priest’s little brother. The tiny Samaritan community walks a surprisingly successful tightrope between the two sides of the seemingly never ending conflict. Spectacular views and fascinating archaeology can be enjoyed on the summit of Mount Gerizim.

At the Palace of the King

North of Nablus, Samaria is a place of pastoral beauty, and the site of the palace of Omri and Ahab, the biblical kings of Israel in the 8th and 7th centuries BCE. Israelite remains are mostly obscured by some fine Hellenistic, Roman and Byzantine architecture, and the site affords wonderful panoramic views across the Samarian countryside. The two emporia in the forum serve excellent food, and provide plenty of shopping opportunities, though avoid purchasing antiquities as this encourages looting. The nearby village of Sebastiyeh is a picturesque treasure of late antiquity and medieval architecture.

With the world’s most fought over religious site at its heart, Jerusalem frustrates and delights in equal measure. Of course you must visit the Old City: the Haram al Sharif-Temple Mount and Western Wall, and the Church of the Holy Sepulchre, but there is so much more to do besides. Shop till you drop in the Old City, Recuperate at the Austrian Hospice on the Via Dolorosa with a coffee and apple strudel, and seek a moment’s peace at the Crusader Church of St. Anne and the Bethesda Pools. Outside the city walls, the Mandate era Rockefeller Museum houses many of Palestine’s archaeological treasures and is a great place to end a cultural tour.

Felicity Cobbing is the Chief Executive of the Palestine Exploration Fund in London, which is the world’s oldest society for the study of the Ancient Levant and home to a unique collection of archives, photographs and artefacts from the region. She has authored several books, including ’Distant Views of the Holy Land’ (with David M. Jacobson, Equinox 2015), and has worked all over the Middle East. She takes several tours for Martin Randall Travel in the region, including their ‘Palestine Past and Present’ tour.

View itinerary for Palestine, Past & Present - Archaeology & culture on the West Bank

View all tours with Felicity Cobbing 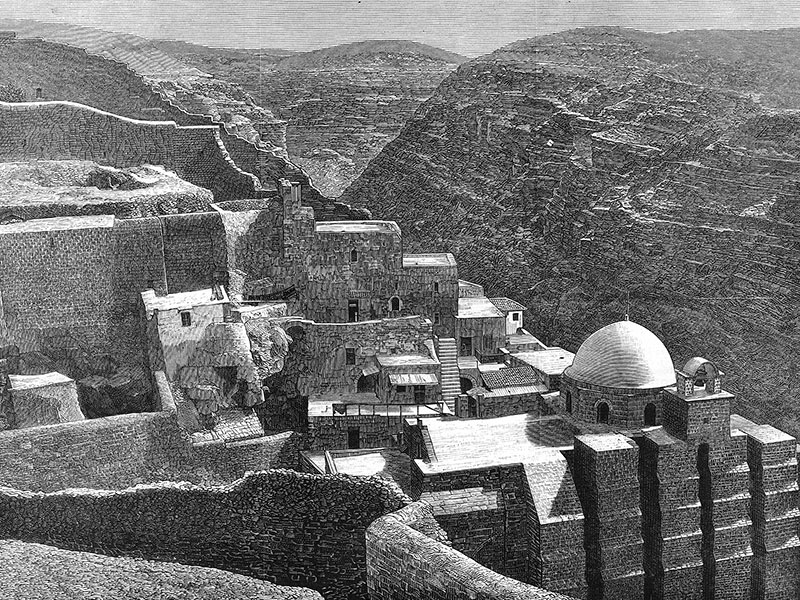