Nash is renowned for his depictions of the First World War, especially in the way he captured light and darkness in his often bleak battlefield landscapes, inspired by Ypres. These portrayals reflected Nash’s disillusionment with the war as it continued to ravage the Belgian countryside and take innumerable lives. Nonetheless his star quickly grew and he was appointed official war artist in 1917.

Equally striking, though, are Nash’s British landscape paintings. He was inspired in particular by views touched by ancient history, such as burial mounds and the standing stones at Avebury in Wiltshire. Perhaps the most moving to the artist were Wittenham Clumps, the site of an Iron Age hillfort in Oxfordshire. Nash wrote of the site:

'The country about and about is marvelous – Grey hollowed hills crowned by old old trees, Pan-ish places down by the river wonderful to think on, full of strange enchantment… a beautiful legendary country haunted by old gods long forgotten.’

If you would like to discover Wittenham Clumps and other beautiful sites along the River Thames, you may be interested in our tour, Walking A Royal River.

View all tours in the United Kingdom 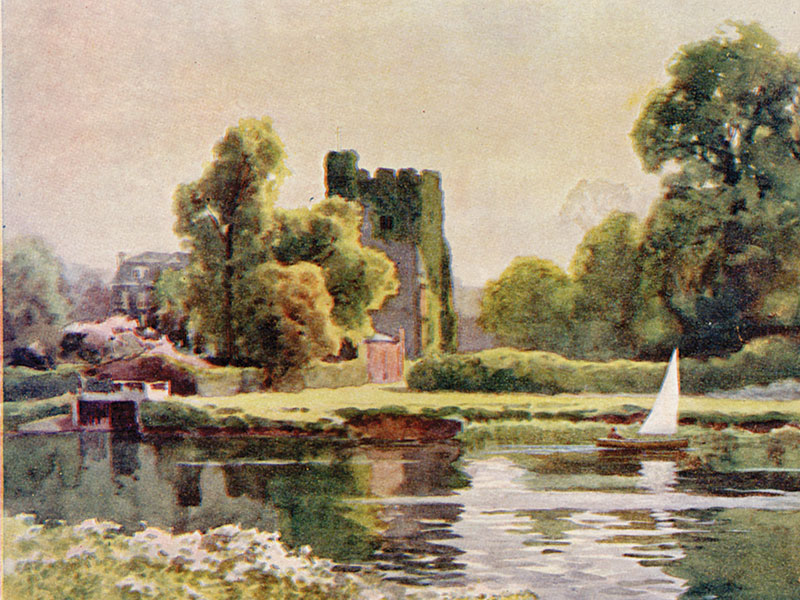