On our annual London Lecture Afternoon, we select a stellar line-up of speakers from our pool of experts. The lecture topics are diverse and aim to illuminate on themes ranging from Mozart’s childhood to the Ancient Greeks.

We seek out historic and central venues in London (recent examples include The Royal Society and Tower of London), and a drinks reception is included.

These short extracts are from each of the lecturer’s talks which were given at the London Lecture Afternoon in October 2017 at the Law Society.

This clip from James Allan’s lecture talks about the extraordinary craft of Uzbek locksmiths.

Austria’s Horatio Nelson: Admiral Tegetthoff and the Battle of Lissa (1866)

Richard Bassett’s lecture focuses on the career of Admiral Wilhelm von Tegettoff (1827–1871), and in this clip we hear about the immediate aftermath of the Battle of Lissa and Tegetthoff’s next assignment.

Patrons of Architecture in the Renaissance: the case of Elizabeth I

Maurice Howard talks about buildings that were of particular significance during Elizabeth’s life and reign.

Seeing inside the body: from the classical world to today

In this extract from Helen’s lecture, she looks in more detail at the 18th century wax models in Florence’s La Speccola museum.

A Tale of Beehives and Wasps: how the City attracted its swarm of lawyers

The Ancient Greeks, and why they are harder to explain than the Romans!

Tony Spawforth’s talk looks at a wine jug that exemplifies one of the achievements of ancient Greek civilisation, and what we can extrapolate about their society.

Our 2018 London Lecture Afternoon is on 27 October at the Royal Society. Talks include:

'Why the Andes? The place of Andean Civilisation in the Human Story', Dr David Beresford-Jones

'Les Années Folles: art and design in Paris between the Wars', Patrick Bade

'The Black Hand: the long road to Sarajevo', Elizabeth Roberts

The afternoon includes a tea break and canapé reception. The first lecture begins at 2.00pm, with the drinks reception commencing at 5.30pm. The event ends between 7pm and 7.30pm.

Book your place on the 2018 London Lecture Afternoon 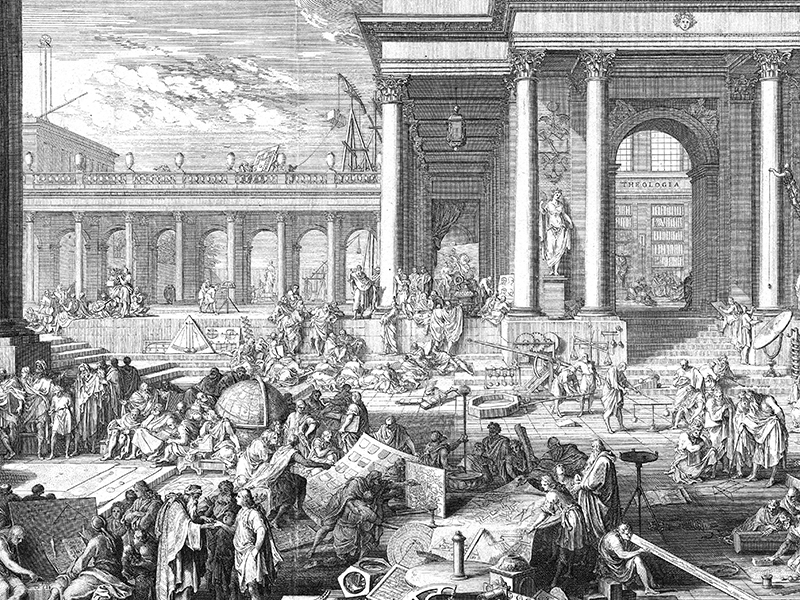