A royal collection of cultural tours for 2018

From the legacy of the Tudor dynasty to the Regency creations of John Nash, we have a selection of tours and London Days in 2018 with a royal influence.

Guided by expert lecturers and including special arrangements; enjoy a private evening tour of Windsor Castle’s state apartments on Royal Residences, or the chance to explore the lavish interiors of Buckingham Palace on our John Nash themed London Day.

Royal Residences
Palaces & houses in & around London, with private visits

From Tudor palaces to Gothic chapels and Victorian developments, this five-day tour based in Windsor and Whitehall explores the rich art and architecture of London and its surrounding royal residences. Up to three out-of-hours private tours include the state apartments of Windsor Castle, the rarely-open Frogmore House, and John Nash mansion, Clarence House. As well as visits to Kensington Palace, Hampton Court, Buckingham Palace, The Queen’s House in Greenwich and Banqueting House in Whitehall, a stop at the National Portrait Gallery also takes in the excellent collection of Tudor portraits.

Study the politics and culture of one of the most notorious royal dynasties, through the art and architecture of the Tudor period. The day begins at Westminster Abbey in the Henry VII Chapel, not only the most glorious ecclesiastical Tudor building but burial place of most of the Tudor monarchs. Visit Hampton Court, which retains some outstanding 16th-century interiors and works of art, and the National Portrait Gallery to view portraits of Tudor royals and their courtiers.

Walking a Royal River
Art, architecture & history from the source to Hampton Court

On this seven day walking tour, cross from the source of the Thames to Hampton Court with walks of between two and five miles a day. Visit villages, churches, country houses, gardens and palaces along the way, with regal connections from the Middle Ages to the present. As well as visits to Windsor Castle and Hampton Court, discover Cliveden House, home to Waldorf and Nancy Astor in the early 20th century and visited by virtually every British monarch since George I.

Take a walk through London studying the magnificent buildings and landscapes of the great Regency period architect, John Nash. Nearly all his surviving buildings, urban improvements and park landscaping in central London are seen on this day, beginning with Regent’s Park and finishing with his Buckingham Palace interiors, unquestionably the most regal in the realm.

We will shortly be launching a new London Day – Royal Parks, which will explore the history and development of London parks including Hyde Park, Regent's Park and St James Park. Contact us to register your interest.

View itinerary for The Tudors

View all tours in the United Kingdom 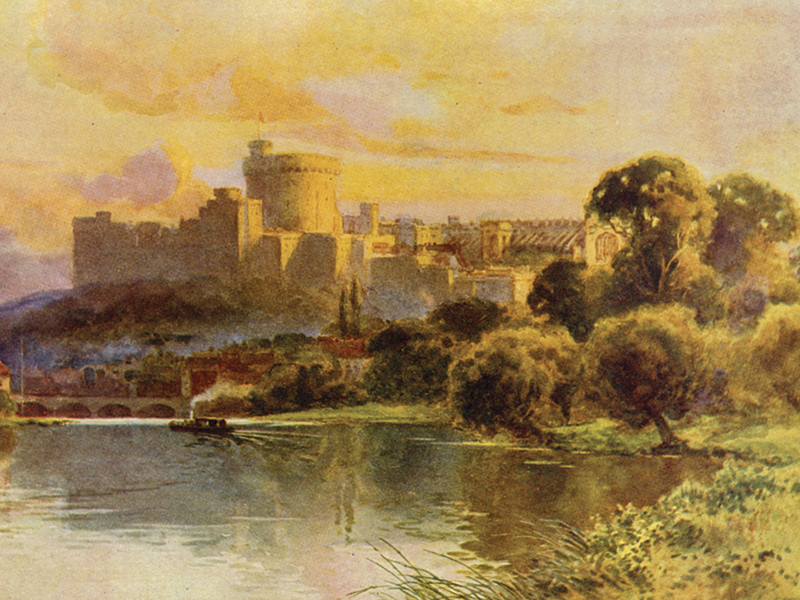