Slovenia: a history of the nation

Professor Cathie Carmichael, who leads our new Walking in Slovenia tour in September 2018, gives a background to the country's fascinating recent history.

Today, Slovenia is one of the most successful small states in the world which passed easily from decades of Communism to democracy in 1991. It is known for its stunning lakes and mountains and for superb wines which are rarely exported. The tranquility of the landscape tells us very little about Slovenia's tumultuous past. On this tour, we will visit the small town of Ptuj, with old cobbled streets and a fairy tale castle. You will notice the old German names and remember that before the earliest twentieth century most of the town's inhabitants spoke that language and were then summarily expelled after the last war. Whereas now the town of Ptuj is a easy trip for Austrians who love to come down for a long leisurely lunch, I will explain that battles over language and culture in schools, sport and public life dominated this region in the nineteenth century. Hitler liked Ptuj so much that it was incorporated in the Third Reich in 1941 and briefly put under Nazi rule. After the war, the Communists put an army base there and filled the town with soldiers All these visible signs of outside domination are now long gone, replaced by cafes, boutiques and shops.

In Kobarid, we will visit the town's museum and discuss one if the greatest battles of the First World War. The turquoise waters of the Izonso river are some of the prettiest in Europe, but again suggest little about the dramatic and tragic past. The Battle of Caporetto, well known to readers of Ernest Hemingway, was a terrible rout for the Italian army in 1917 who fled in their thousands from poison gas and the Habsburg Monarchy's fierce fez-wearing Bosniak troops. This battle was the first triumph for a gifted young officer Erwin Rommel. Indeed it gave the Central Powers brief hope that they would win the war before their collapse in the summer of 1918. The traces of this troubled past have been erased by time and by Slovenia's excellent relations with its neighbours and the determination of the present generations never to forget and repeat these mistakes.

Walking in Slovenia (3–10 September 2018) explores various aspects of the nation's culture, including its history, food, wines and architecture. This is interspersed with 5 country walks with beautiful and diverse scenery: vineyards, lakes, gorges, forests and coastline.

The tour is led by Professor Cathie Carmichael, a historian specialising in Eastern Europe, with a focus on the former Yugoslavia. She studied International History at the London School of Economics, Ethnology at the University of Ljubljana, and European Studies at the University of Bradford. She is the editor of the Journal of Genocide Research and the author of Genocide before the Holocaust.

Read more about Walking in Slovenia 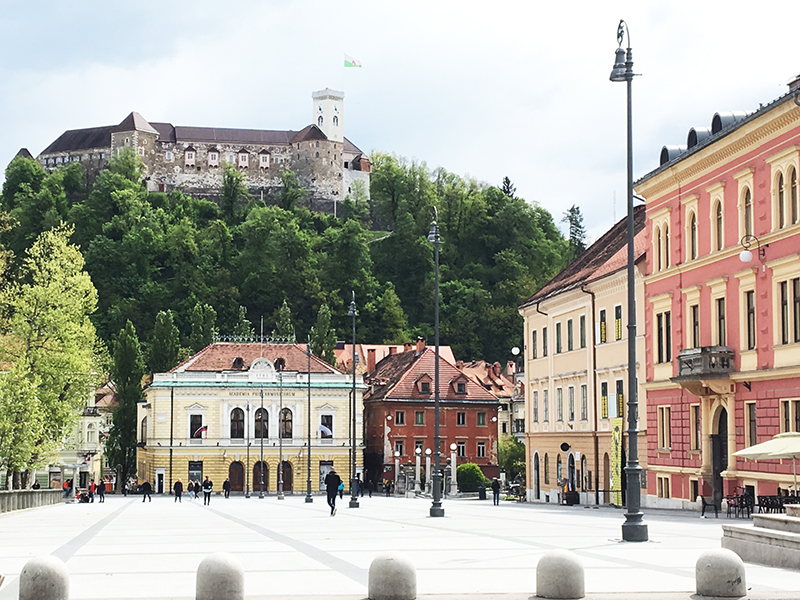