Not many people in the ancient world were literate, but a good story, or even better, a poem, could be disseminated orally to powerful effect. Few have better expressed the tumultuous rise and fall of civilisations than the Epic poets of antiquity, whose works combine elevated, poetic language with universal themes of war, betrayal, romance, adventure and religious belief. This fascinating and lively series of lectures explores some of the greatest epics of the ancient world, placing them within the history and cultures that produced them.

The webinars will be broadcast live, initially, and then be available to subscribers for eight weeks after the final live broadcast of the series. Each will last 30–35 minutes and Lloyd will answer questions at the end.

1. Epics in the Ancient World: Ideas of Transmission (9th February)

This lecture analyses the basic concept of what makes an ‘epic’. It looks at oral traditions, the figure of the bard, and shows how epic motifs travelled widely across the ancient world by exploring several key scenes in Greek, Hebrew, and Mesopotamian traditions.

Was there a Homer? Was there a Trojan War? This lecture explores Greek concepts of heroism as set down in the Iliad. It focuses on the conflict of Achilles and Agamemnon and also on the long-suffering figures of Helen and Andromache.

3. Gilgamesh: The Art of Being Human (23rd February)

The epic of Gilgamesh emerged in Mesopotamia around 3000 BCE and was retold for millennia thereafter. It is a story of cosmic importance. This lecture will look at the exploits of Gilgamesh and his friend Enkidu as they fight demons, gods, and face Death itself.

Mahabharata is the world’s longest epic, three times the size of Iliad and Odyssey combined. It remains of profound importance to Hindus today because at its heart lie the teachings of Krishna, written down in a book within a book: the Baghavad Gita, the ‘Song of the Lord’. This lecture examines key moments in the epic narrative and focuses on concepts of ‘dharma’ and ‘karma’.

The epic romance of Lord Rama seeking his kidnapped wife, Sita, is one of the most popular stories of India. It is full of humour, which comes in the guise of Rama’s brave monkey companion, Hanuman. Rich in mythology and religious thought, the story travelled far and wide. This lecture explores the Ramayana’s presence in South India, Cambodia, and Thailand.

Ferdowsi’s great Persian epic was composed around 1000 CE, but is a combination of oral tales and legends as well as early Iranian myth. It is rightly considered to be Iran’s national epic. This lecture explores the Iranian identity of the Shahnameh and, through an investigation of the story of the snake-king and the blacksmith, shows how the legacy of Shahnameh has been activated throughout Persia’s history. 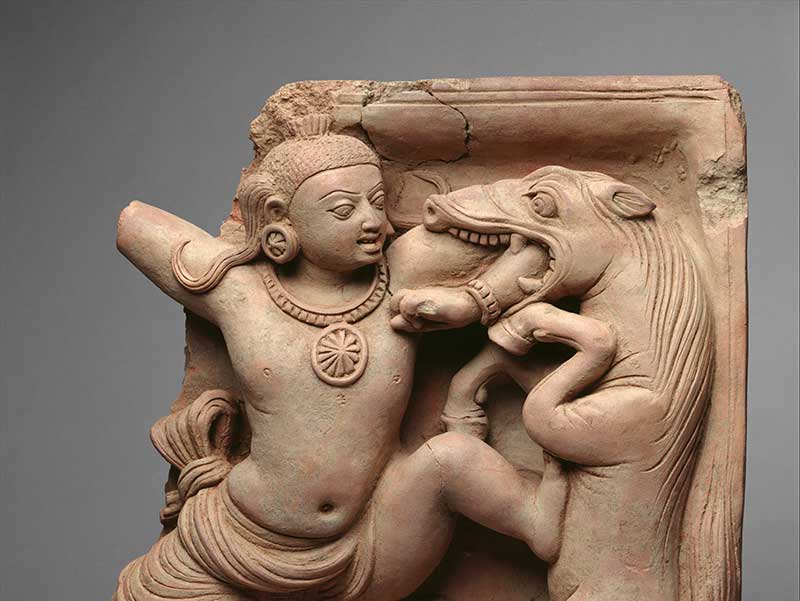