They take place every Tuesday from 7th June to 12th July at 4.30pm (GMT +1) and, including Q&A, will probably last an hour. They are available for viewing for eight weeks after the last episode is streamed (6th September 2022).

1. Machu Picchu is sublime: so what? By David Beresford-Jones (7th June)

The Inca citadel of Machu Picchu epitomises our image of South American archaeology with its visions of ‘lost cities’ set amid sublime mountain and jungle landscapes. But beautiful as it is, Machu Picchu is merely a representation of the final (and quite recent) culmination of many millennia of an Andean cultural trajectory. Far beyond its remarkable aesthetics, this cultural trajectory has great bearing on our wider human history. This talk offers an overview of an archaeological record of civilisation just as ancient as that of the ‘Old World’, and, moreover, one that helps define the way we are today.

2. A Cotton Revolution – the Agricultural Revolution from the Andes by David Beresford-Jones (14th June)

Of all the transformations that have come to define modern humans, none is so profound as the movement from nomadic hunting and gathering to managing the environment through agriculture. This ‘Neolithic Revolution’ transformed human society and the planet, laying the foundation for the emergence of complex civilisations. Yet peculiarities in the Andean region challenge the notion that food crop agriculture was a necessary determinant in the rise of civilisation. In particular, evidence from the Pacific Coast of Peru suggests that here the earliest complex societies were founded on marine resources and that civilisation itself was the outcome of a social revolution brought about by cotton some 5,000 years ago.

3. The Incas: an empire forged without pen or sword? By David Beresford-Jones (21st June)

In the 16th century, Spanish conquistadores encountered the Inca Empire – the last great pristine civilisation on earth. Stretching over 4,000 kilometres north to south, Tahuantinsuyu (the ‘Four Realms Together’) imposed manifest order on such a scale that the Spanish turned to ancient Rome for comparison. Yet from a Eurocentric viewpoint this largest New World empire was essentially ‘Neolithic’: lacking the wheel, writing, currency or markets. This talk explores how the Incas imposed their moral and economic order over a vast realm encompassing some of the world’s most difficult terrain and flouting Old World conventions of ‘state’ control.

4. Who were the Conquistadores? By Chris Moss (28th June)

Between 1492 and 1600, navigators, explorers and missionaries left the Old World and voyaged to the Americas in search of silver and gold, territory and power, and to convert the pagans they encountered to Christianity. We’ll consider the cultures and regions the conquistadores came from – including Extremadura – and the lands they discovered, and try to understand the personalities and motives of key figures including Columbus, Cortéz, Trujillo, Orellana, Quesada and Mendoza. We use ‘conquistador’ as shorthand for an enterprise that was arguably without precedent. Were they heroes or villains? When did the conquest end, if it ever did? What does ‘decolonisation’ mean for Spain and Portugal, and for Latin America?

A century after its genesis in the margins of Buenos Aires, Tango is still readily caricatured and packaged as a dance symbolising ‘Latin’ passion and associated gender stereotypes. But the story is far more complex and interesting than the clichés suggest. The poet and librettist Horacio Ferrer coined the term ‘Tangopolis’ to capture the myriad ways in which the music, dance, lyrics and collective memory of Tango are potent forces within the living culture of the Río de la Plata. This talk will focus on the period 1880-1950, using the history of tango as way of reading into the emergence of Buenos Aires as a major world city and economic powerhouse.

Following its ‘discovery’ and naming by Ferdinand Magellan in 1521, Patagonia was somewhat left behind in the Spanish imperial project. It lacked precious metals, fertile soils and advanced native civilisations. The vast steppe and soaring Andean mountain ranges presented formidable challenges to colonists. As a consequence, its settlement followed an idiosyncratic course, involving Welsh exiles, English missionaries and Scottish sheepfarmers. The region also attracted explorers and writers, from Charles Darwin and Florence Dixie to Bruce Chatwin and Paul Theroux. This talk will consider the natural wonders and quasi-mystical allure of Patagonia through a series of key texts and images.

Journalist and writer with a focus on Spain and the cultural history of Argentina. He studied theology, English literature and education, before moving to Argentina in 1991. After returning to the UK he wrote for BBC History, the Daily Telegraph, Time Out and others. He has written and edited several guidebooks, including Eyewitness Travel: Back Roads Spain, a cultural history of Patagonia and a literary compendium for London commuters. He writes on South American music for Songlines and compiles tango albums.

Fellow of the McDonald Institute for Archaeological Research, Cambridge University. For the past 15 years he has directed investigations into ancient human-environment interactions on the south coast of Peru. He also has interests in the origins of agriculture, Pre-Colombian textiles and the synthesis of archaeology and historical linguistics, particularly in the Andes. He is the author of The Lost Woodlands of Ancient Nasca, the co-editor of Archaeology & Language in the Andes as well as many peer-reviewed journals articles and book chapters. 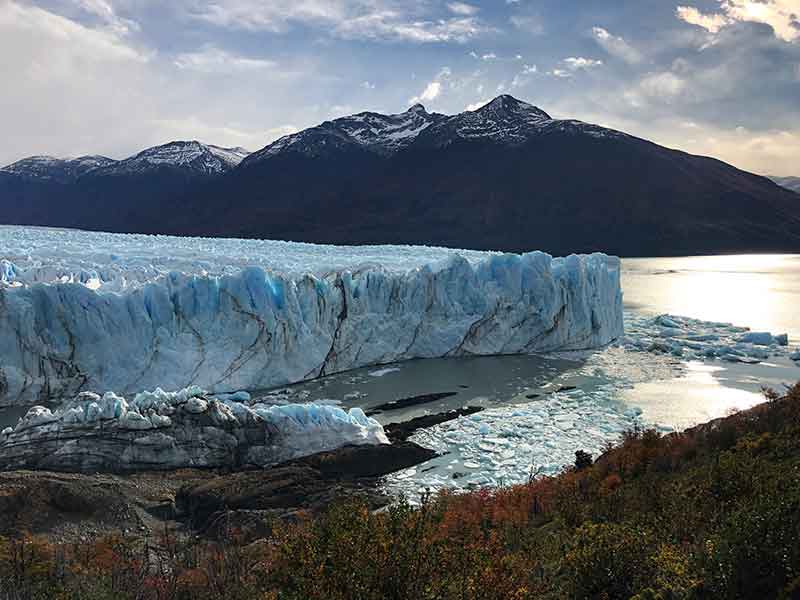