The Operas of Mozart – five online talks by Ian Page

The operas of Mozart constitute one of the pinnacles of Western culture, and Mozart himself felt that opera was the genre in which he most excelled. This five-part series travels chronologically through his operatic canon, exploring and contextualising key works, examining the composer’s multi-faceted musical language, and offering insights into how Mozart was able to transform written text into psychologically rich musical drama.

They take place on five of the six Wednesdays from 16 June to 21 July (there is no talk on 7 July). The start time is 4.30pm GMT+1 (11.30am EDT) and, including Q&A, the session will last around an hour. They are available for viewing for eight weeks after the last episode is streamed. Please note, the ability to read music is not needed for these talks (15 September).

The popular image of Mozart promotes the notion of a uniquely prodigious phenomenon whose unparalleled genius transcended the strictures of time. But he was also very much a product of his age, and his early training, in particular his childhood visit to London, paved the way for several remarkable stage-works (including Apollo et Hyacinthus and La finta semplice) that were composed even before he became a teenager.

2. Towards Idomeneo: the apotheosis of ‘opera seria’ (23rd June)

Like Handel, Gluck and J. C. Bach before him, Mozart completed his operatic apprenticeship in Italy, where the triumphant successes of Mitridate (1770) and Lucio Silla (1772) eventually paved the way for the hugely ambitious and powerfully dramatic Idomeneo in Munich (1781). This is now widely recognised as the composer’s first indisputable operatic masterpiece, but it remains strangely undervalued and relatively infrequently performed.

3. A Marriage Made in Heaven: text and subtext in The Marriage of Figaro (30th June)

For many, The Marriage of Figaro is the greatest opera ever written. It set a highly licentious play that had been written in pre-revolutionary Paris just eight years previously, and Mozart and his librettist Lorenzo Da Ponte had to promise the Viennese authorities that they were omitting all of the play’s controversial political content. Mozart, though, knew that a story could be told with more than words…

(Please note that there is no talk on 7th July.)

‘The School for Lovers’ was the original title for Mozart’s third and final collaboration with Da Ponte, Così fan tutte. The plot of this most misunderstood of Mozart’s operas has often (and unfairly) been dismissed as trivial and artificial, but the searing intensity and emotional honesty of Mozart’s score offers lessons that only the most resolute of students can stomach.

Mozart’s final two operas, The Magic Flute and La clemenza di Tito, were both premiered in September 1791, less than three months before the composer’s untimely death. The Magic Flute is the greater and more popular work, but Tito provides an equally fitting conclusion to the composer’s operatic legacy, focusing with a deceptively rarefied and autumnal simplicity on the themes of love, compassion and forgiveness that imbued the composer’s entire operatic output. 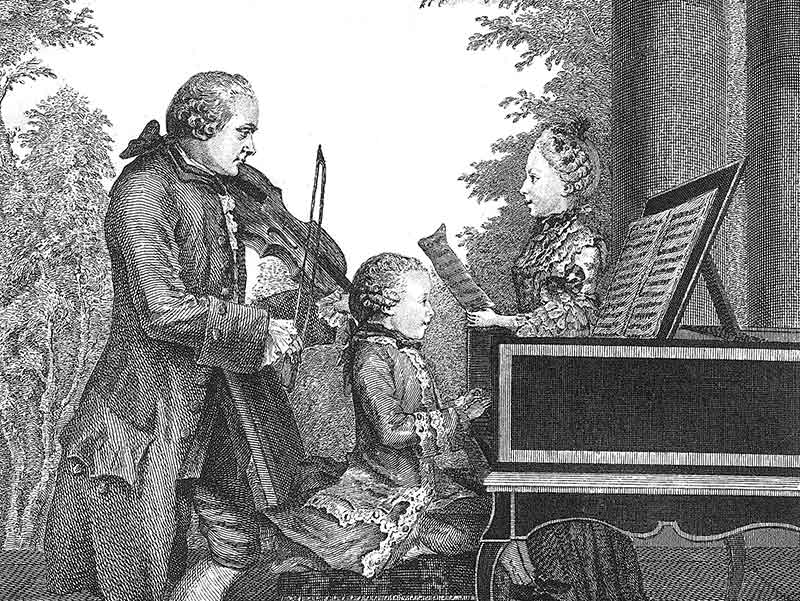