Beginning in the 17th century, Britain and India entered into an extraordinary relationship that has never been replicated on this scale anywhere in the world, before or since. The rule of India by the British Crown, known as the Raj, lasted officially from 1858 until Independence in 1947. This was a relationship of extremes and all that lies between. There was brutality and exploitation on one hand and remarkable congeniality, warmth and friendship on the other.

Spanning almost three centuries, this connection between two substantially different cultures, created distinctive lifestyles, cuisine and complete cities. Hardly a thing remained untouched as what began as a meeting of cultures shifted to a clash of purpose. It is rare that a layer of history vanishes completely in India, and despite a cultural pushback decades after Independence, strands of that connection continue to resonate with fascination for the historian – in both nations.

This web-series of five lectures traces the arrival of the British and the creation of an Empire in India, almost by fluke, through to their swift, almost sudden, departure. We examine through the lives of key players, popular and lesser known aspects of the Raj; and the cities and new architectural schemes that developed, establishing what many regarded as a benchmark of grandeur, wealth and power.

They take place every Tuesday from 31 August to 28 September at 4.30pm GMT+1 and, including Q&A, will probably last just under an hour. They are available for viewing for eight weeks after the last episode is streamed (23 November).

Seemingly unrelated events, surprising opportunities and actual acts of commission, paved the way for a group of merchants to create an empire in India. With insights, this lecture examines the forces and events that helped traders turn into military adventurers and administrators.

For some, the Raj created a rosy-hued image of colonial luxury and endless rows of staff. For others, it was all drudgery and hard work. There was the gilded world of the maharajas and the complicated social-systems of India. All told, it created a way of life that will never be replicated.

Kolkata (Calcutta) grew out a collection of small villages to hold what was to become the ‘first city of the Raj’. With its grand Palladian architecture, it soon became known as the ‘City of Palaces’. Before New Delhi was built, ‘old’ Delhi, was a place over-layered with multiple settlements and millennia of history. This lecture examines architecture, governance and the changes that swept through these two major cities.

By the end of the First World War, the demands for greater self-government had become increasingly strident. The following years saw sectarian violence that tore across most of the country and resulted in the Partition of the Indian Subcontinent and the creation of Pakistan. Born of the same land, India and Pakistan have become enemies and yet progressed substantially. Here, we also explore events that have shaped India after Independence.

Arguably the grandest outpost of Empire, Shimla (earlier spelt Simla) was a nondescript village that went on to become the Summer Capital of the Raj. From a distant hilltop, within sight of the permanently snow-covered peaks of the Greater Himalaya, a fifth of the human race found governance. The last lecture of the series, explores this unusual town and its bright, larger than life imagery. 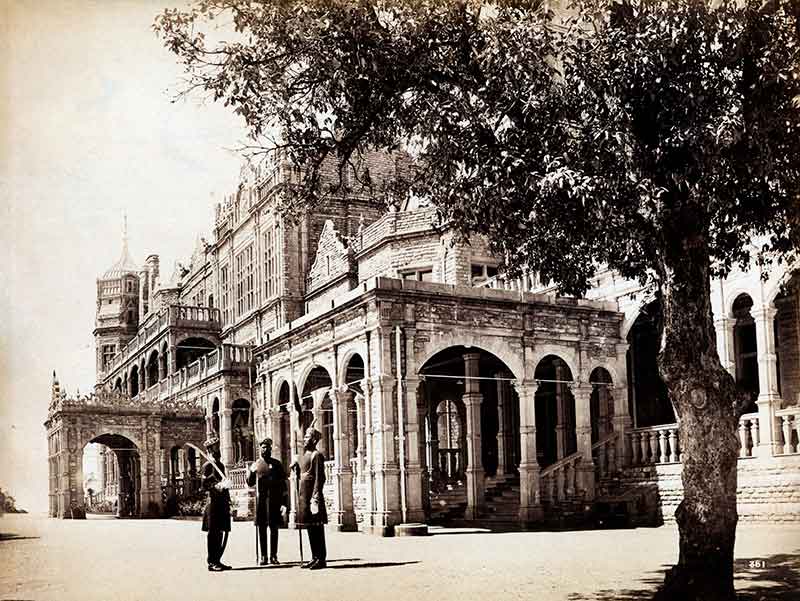