What is to be done? Who is to blame? First formulated by the 19th-century Russian intelligentsia, such ‘accursed questions’ have been brought into sharp focus by President Putin’s invasion of Ukraine. What is Russia’s destiny? Is it ‘a European State’, as Catherine the Great declared in the 1760s? Or is it, as Eurasianist philosophers claimed in the 1920s, a distinctive ‘continent apart’, hostile (and superior) to most Western values? Does the power of the state and the relative weakness of civil society condemn the Russians to lurch endlessly between reform and authoritarianism? Can they live peacefully with their neighbours, or must they inevitably consume the territory and populations of those they portray as deadly rivals?

In Russian popular culture, strength has long been associated with brutality, notably in the form of three extraordinary rulers: Ivan the Terrible, Peter the Great and Joseph Stalin. But even as Putin bids to join that ruthless trinity, these lectures will suggest that there has been nothing inevitable about Russian historical development. While climate and geography have always imposed constraints on the economy and on geopolitics, environmental determinism is as misleading as political teleology. Like everyone else, the Russians face choices about how to adapt to circumstances. These lectures will try to explain why, at various crucial junctures, the range of possible outcomes turned out as it did.

They take place every Thursday from 4th August to 1st September at 4.30pm (GMT +1) and, including Q&A, will probably last an hour. They are available for viewing for eight weeks after the last episode is streamed (27th October 2022).

Whereas ‘Kievan Rus’ once seemed an unproblematic term capable of sustaining two national myths, Russian and Ukrainian, now it satisfies neither. Introducing themes that will feature throughout the series – the natural habitat, the interpenetration of formal institutions of government with informal patronage networks, and the relationship between religion and national identity – this lecture seeks to explain why Muscovy emerged as the dominant principality among several medieval rivals. Portrayed by Russian nationalist historiography as an irresistible ‘gathering of the lands’, the eventual result owed most to the Muscovite princes’ role in the repulsion of the Mongols.

In 1552, Ivan the Terrible’s conquest of the last Tatar citadel, Kazan’, opened up a path to the East; Peter the Great’s war against the Swedes from 1700-1721 gave Russia its celebrated ‘Window on the West’; and further expansion to the south under Catherine the Great led to Russia’s incorporation of Ukraine and Crimea – lands of crucial economic and strategic significance. By 1815, Russia had overturned the European order by defeating its traditional enemy, France. But international success owed as much to the weakness of Russia’s rivals as it did to its internal strengths. And it was achieved at huge social cost: serfdom was entrenched, and so was an autocratic regime that proved insufficiently flexible to cope with the challenges of 19th-century modernity.

In the aftermath of defeat in the Crimea, Russia embarked on Western-inspired reform. But liberals who dreamed of a constitution saw their aspirations blown to smithereens with Alexander II himself assassinated in 1881 by revolutionaries impatient for more radical change. Instead, Alexander III and Nicholas II tried to turn back the clock with a neo-Muscovite revival which merely destabilised their own ministers. Russification on the imperial periphery succeeded only in stimulating nationalist challenges. The result, intensified by rapid industrialisation and defeat in the First World War, was a series of revolutions that toppled the tsars and installed Lenin and the Bolsheviks in the Kremlin.

Did Leninism beget Stalinism, or were the purges and the Gulag an aberration? Could Soviet citizens live a ‘normal’ life without selling out to capitalism? How far were Bolshevik values internalised? Successive Soviet governments struggled with the same questions that continue to bewitch historians. Both Khrushchev and Gorbachev hoped to revive Lenin’s revolutionary ideals. But it was hard for ordinary people to come to terms with revelations about the recent past, and Gorbachev’s gamble to trust rather than suppress the intelligentsia ended in failure. Pressures on the Soviet economy allowed Yeltsin to exploit the resentment of Russians who believed that they had sacrificed too much for the multi-national USSR. And when the West ‘won’ the Cold War, domestic reform was again fatally tainted with international weakness.

While the collapse of the Soviet Union prompted many in the West to suppose that the emergent Russian Federation might follow a path to liberal democracy, the cowboy capitalism of the 1990s instead raised fears of a new ‘Weimar on the Volga’ and Russia became increasingly hostile to globalization. Although Putin initially portrayed himself as a conservative moderniser in the mould of Nicholas II’s prime minister, Petr Stolypin, his ultimate goal was revenge for the humiliation of 1991. While war in 2022 is above all a tragedy for the people of Ukraine, it is tragic too for Russia, which seems bound to emerge more embittered and more isolationist than ever.

Sir Bernard Pares Professor of Russian History at the School of Slavonic and East European Studies, UCL, since 2008. A specialist on imperial Russia, his first book, The Modernisation of Russia, 1676-1825 (1999), led to a decade of work on the 18th century. After that, he returned to his initial interest in the Russian Orthodox Church and is now writing a history of the horse in Russia since 1600. He has appeared regularly on In Our Time (BBC R4) and from 2015 to 2019 was chairman of the Literary Committee of the Russian Booker Prize. 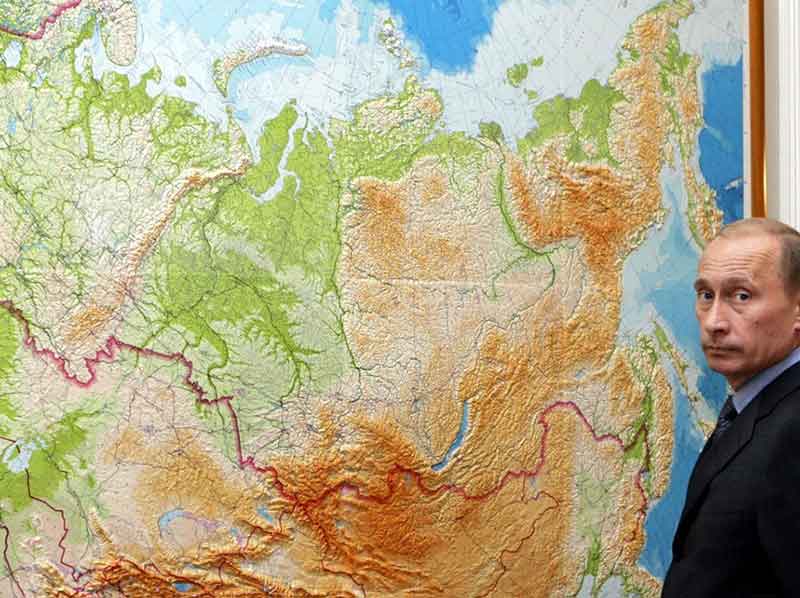