Spanning the Andes Mountains and the Amazon Basin rainforest, Bolivia is a country full of intriguing culture and natural beauty. From the entrancing Uyuni salt flats to the fusion of indigenous and Colonial influences in both its architecture and music, this is one of South America’s most diverse nations.

On our upcoming 2020 tour, Baroque Music in the Bolivian Missions, we take in many of the country’s highlights, with an optional tour extension offering further must-see sights. Here, we share our selection of five great places to visit in Bolivia.

Across a chain of enchanting jungle churches in the Amazon basin, every two years the former Jesuit mission stations of Chiquitos provide an extraordinary backdrop for Bolivia’s biennial Baroque Music Festival. Collectively designated as a UNESCO world heritage-site in 1990, the simple wood and adobe constructions of these six remote colonial churches are gloriously carved and painted both inside and out. Spiralling columns are crafted from entire tree trunks, accompanied by swirling floral patterns, angels and saints painted in modest shades of ochre and tan. Every two years the six mission stations (San Francisco Javier, Concepción, Santa Ana, San Miguel, San Rafael and San José) are filled with the sound of glorious indigenous and international baroque music, performed by both professionals and local amateurs. With churches packed to the rafters with a mainly Bolivian audience, this is a music festival like no other.

Resting on the Andes’ Altiplano plateau, the administrative capital of La Paz is watched over by the snow-capped 6,438m-high Mt. Illimani. From the depths of Zona Sur to the heights of El Alto, an urban network of aerial cable cars provides an unusual and scenic way to take in this sprawling city. A walk through the historic centre may take you to the Witches’ Market, a hub of herbal medicine and magical cures, while in the museums of La Paz, evidence of Bolivia’s rich musicality and dance traditions are brought to life with dramatic displays of colourful masks and vivid textiles. No trip to Bolivia would be complete without visiting the boundless, bleached expanse of the ethereal Uyuni salt flats. The remnants of several prehistoric lakes, the ten thousand square kilometre area forms the largest salt flats in the world, where it is easy to escape the crowds. In the dry season, honeycomb-shaped salt deposits form as the surface dries into a bright-white crust of geometric patterns. A short walk up the cacti-studded rocky outcrop of Incahuasi island which stands in the midst of the flats, awards sweeping panoramic views.

Reputed to be the world’s largest industrial complex in the 16th century, Potosí and its surrounding region flourished following the discovery of the New World’s biggest silver lodes in the imposing Cerro Rico (‘rich mountain’), which overlooks the city. Visited by Francisco de Toledo in 1572, the architecture of this Imperial City stands testament to the area’s affluent history of silver mining. A synthesis of European and Indian influences, the inventive constructions of this ‘Andean Baroque’ style exerted a lasting influence in the central region of the Andes. A highlight is Potosí’s former mint, the central Casa Nacional de la Moneda, now a museum that tells its own story and displays a rich collection of Bolivian art. Set in a valley crossed by the Cachimayo River, the judicial capital of Bolivia is home to a beautifully preserved historic centre and rich museum collections. This captivating city of whitewashed buildings and terracotta rooftops holds a wealth of colonial architecture and was declared a UNESCO World Heritage Site in 1991. Seat of one of the oldest universities in South America, it was here that liberal thinking sparked ideas of independence from Spain. This was eventually declared in 1825 with The Bolivian Act of Independence signed in the Casa de la Libertad, which now houses galleries related to the city's past. The treasury museum provides an overview of Bolivia’s mining history; the convent of La Recoleta documents the work and artefacts of Franciscan missionaries; and the museum of indigenous art displays intricate weavings.

Please e-mail alerts@martinrandall.co.uk to register your interest for our 2020 tour Baroque Music in the Bolivian Missions.

View all tours to the Americas 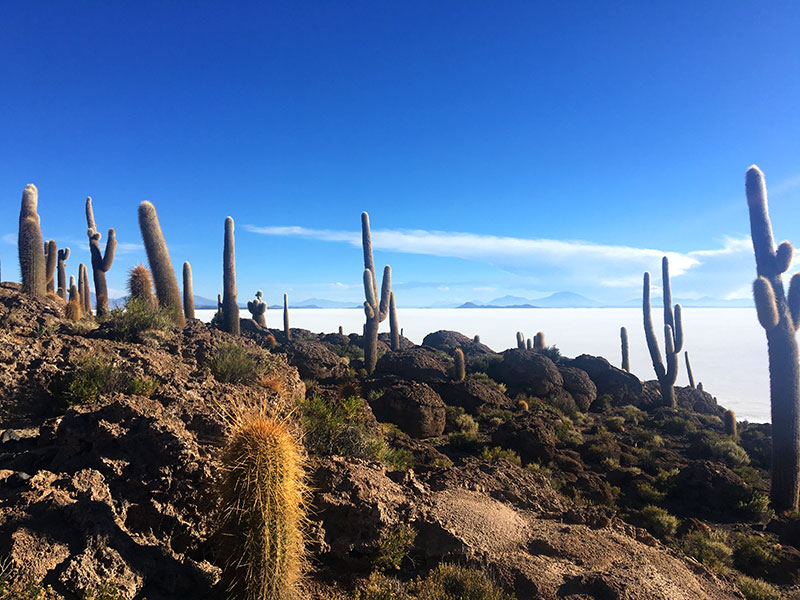