Discover a forgotten history of conflict, culture and economic power.

Explore the remains of once-flourishing Greek, Roman and Ottoman cities.

Stay in the UNESCO World Heritage towns of Berat and Gjirokastra.

Albania’s importance in the ancient world is writ large in the historical sources. Greek historian Thucydides describes how a dispute over the city of Epidamnus (modern Durrës) helped ignite the Peloponnesian War of 431–404 BC. Nearly 400 years later, much of Rome’s civil war between Caesar and Pompey was played out along the Albanian coast. And it was in the city of Apollonia that Octavian learned of the assassination of his great-uncle Caesar – and launched a bid for power that ultimately made him emperor.

Why was Albania so important? One look at its geography will tell you. This is a country blessed with natural harbours, and a short sea crossing to the Italian port of Brindisi. It is also the start of the most direct overland route from the Adriatic to Istanbul, which in Roman times was traced by the Via Egnatia. A natural staging post between the eastern and western Mediterranean, Albania flourished under Greeks, Romans, Byzantines and Ottomans.

It is this rich and forgotten history that forms the backbone of our tour. We visit ancient cities that once had glittering reputations, but have since fallen into ruin and have only ever been partially excavated. Meanwhile, the UNESCO World Heritage towns of Berat and Gjirokastra shine a light onto the civilisation that developed under five centuries of Ottoman rule. Berat, known as ‘the town of a thousand windows’, is home to the museum of the sixteenth-century iconographer Onufri, while Gjirokastra, birthplace of the novelist Ismail Kadare, is believed to be the setting for his celebrated Chronicle in Stone.

Not all the sites are easy to access: but that just adds to the sense of exploration and discovery. The drive to Labova e Kryqit (Labova of the Cross), for example, involves venturing off the beaten track, to be rewarded by an exquisite Byzantine church, complete with dazzling icons and exceptional frescoes. To reach Saranda, we travel through the pristine landscapes of the Llogara National Park and along the undeveloped Ionic coast.

Albania wriggled free of the Ottomans on 28 November 1912, but since then has endured occupation by the Austro-Hungarians, Italians and Germans, among others – as well as a repressive Communist regime that outlasted all others in Europe. Thankfully, the past two decades have seen great changes, and the country is now a candidate for entry to the European Union. Tirana is modernising at breakneck speed: the tour culminates with a two-night sojourn amid its bustle and optimism.

Kruja, Durrës, Berat. We start the day in Kruja, Albania’s medieval capital, clustered around its restored bazaar, above which sits a ruined citadel and castle. It is also home to an excellent Ethnographic Museum and a modern museum dedicated to the life of Gjergj Kastrioti (aka Skanderbeg). The afternoon is spent in Durrës, a key port for both the Greeks and the Romans, and a vital link on the route from Europe to Asia. We visit its amphitheatre, the largest in the Balkans, as well as the Roman forum, the ancient city walls and the archaeological museum. First of two nights in Berat.

Berat. A UNESCO world heritage site, Berat is one of Albania’s oldest and most attractive cities, with many Ottoman houses scattered across the hills above the river. A walking tour of the lower town includes the 15th-century mosque and the 18th-century Halvati Teqe. Meanwhile, the Byzantine citadel above shelters the Church of St Mary – home to the dazzling Onufri Icon Museum where 16th- and 17th-century Christian art and a beautiful iconostasis are displayed. Overnight in Berat.

Byllis, Vlora. Once the largest city in southern Illyria, Byllis is a vast and atmospheric archaeological site, perched on a hilltop and commanding spectacular views. In Late Antiquity Byllis became an important Christian centre, and several basilicas were built. Vlora is the country’s second port; the first parliament convened here following the declaration of independence in 1912. Here, we see the Muradie Mosque; built in 1537 by the greatest of Ottoman architects, Mimar Sinan. Overnight in Vlora.

Himara, Saranda. The day is spent travelling through Llogara National Park and along the breathtaking Ionic coast. The journey is broken in the bay of Porto Palermo, a few kilometres from the small town of Himara, where we visit a Venetian fort and castle. Arrive in Saranda for a panoramic view of the bay before continuing to the hotel for a one-night stay.

Butrint, Gjirokastra. Situated by a lake close to the Greek border, Butrint (Buthrotum) was settled by Greeks from nearby Corfu in the 6th century BC. It became an important Roman colony, declined in Late Antiquity and was abandoned in the Middle Ages. Lords Sainsbury and Rothschild set up the Butrint Foundation in 1991 to protect and examine the site. Excavation has revealed substantial elements of the late Roman and Byzantine town including a basilica, baptistery and a palace. First of two nights in Gjirokastra.

Gjirokastra, Labova e Kryqit. The steep cobbled streets and stone-roofed Ottoman houses of Gjirokastra are best appreciated from the castle. We visit the Old Bazaar, a traditional Ottoman house and the former home of dictator Enver Hoxha, now an ethnographic museum. In the afternoon, the remote village of Labova e Kryqit (Labova of the Cross) is our destination – to see one of the oldest Byzantine churches in Albania, dating back to the 6th century. Overnight in Gjirokastra.

Apollonia, Ardenica, Tirana. Drive north to Apollonia. Founded by colonists from Corinth around 600 BC, it was later home to a famous Academy, where Octavian was studying in 44 BC. Finds are displayed in the cloisters of a 13th-century Byzantine monastery. En route to Tirana visit the monastery of Ardenica, built in 1282 by Byzantine Emperor, Andronikos II Palaiologos and famous as the site of the wedding in 1451 of Albania’s national hero, Skanderbeg. First of two nights in Tirana.

Tirana. A morning tour of Tirana includes some of the city’s grand central boulevards, lined with relics of its Ottoman, Italian and Communist past. There is also a visit to the National Art Gallery. The afternoon is spent in the vast National Historical Museum where displays span from antiquity to the Communist regime of Enver Hoxha. Overnight in Tirana.

Tirana. A morning visit to Bunk’Art. Explore one of the many bunkers still standing after the fall of Enver Hoxha’s communist regime, which has recently opened to the public as a history and contemporary art museum. Fly from Tirana, arriving at London Heathrow in the afternoon.

Lecturer and museum consultant. She taught Ancient History and Mythology in the Department of Mediterranean Studies at Queen Mary College, University of London and has excavated in Italy. She established the Arab World Education Programme at the British Museum and is a trustee of the International Association for the Study of Arabia. Twitter: @CarolynPPerry | Instagram: @caropperry | Website: carolynperry.blogspot.com

Flights (Euro Traveller) with British Airways (Airbus 321); travel by private coach; hotel accommodation as described below; breakfasts; 8 lunches and 9 dinners with wine, water, coffee; all admissions; all tips; all taxes; the services of the lecturer and tour manager.

This is a fairly demanding tour and a good level of fitness is essential. Unless you enjoy entirely unimpaired mobility, cope with everyday walking and stair-climbing without difficulty and are reliably sure-footed, this tour is not for you. There are some long coach journeys, sometimes on uneven terrain. On one occasion a steep ascent by jeep is necessary to reach a site. There are several hotel changes. Average distance by coach per day: 59 miles. 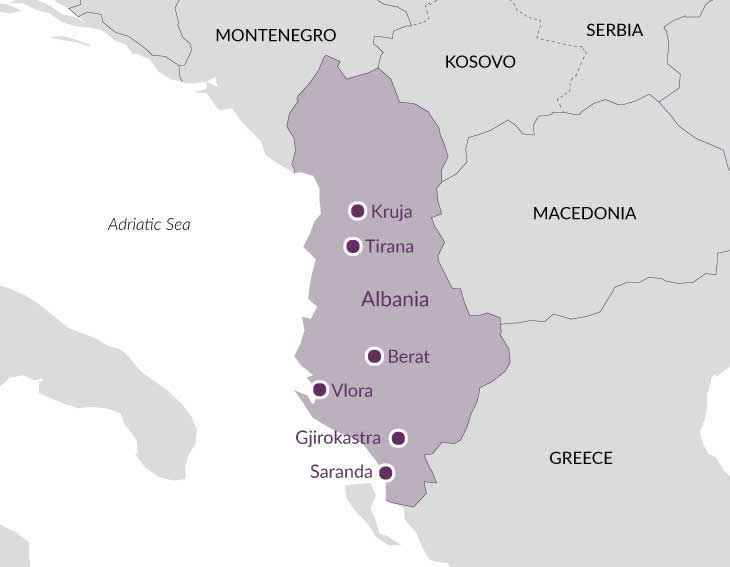 'Carolyn was amazingly knowledgeable but with a lightness of touch and humour which made the whole experience and the learning process delightful.'

'There was a lot of laughter and some serious scholarship to be absorbed.'