Art in Tyrol, South & North - Frescoes, carvings and collections in Italy and Austria

A mountainous region with an exceptional heritage of Medieval and Renaissance art.

Fresco paintings from throughout the Middle Ages, spectacular Gothic altarpieces, exquisite 16th-century artworks in many media.

Straddling both sides of the main Alpine range, Tyrol is well known as one of Europe’s most beautiful regions. Much less well known, among English speakers at least, is that it possesses an astounding holding of medieval art. Uniting Italians in the south and German-speakers in the north (the geopolitical split between Austria and Italy only came about in 1919), the ‘Land in the Mountains’ for centuries assimilated cultural influences from normally divergent northern and southern traditions.

Through sublime Alpine vistas, we journey from the Italian stretches, dominated by lush vineyards and orchards soaked by the Mediterranean sun, to Innsbruck, ‘Capital of the Alps’, in Austria. Churches, chapels and castles punctuate the mountain scenery throughout. Many of these possess remarkable colour-intense frescoes dating back as far as the Carolingian era, with rare early depictions of courtly life, pagan myths and saintly legends, unrivalled in this form elsewhere in Europe.

Wood carving is another artform at which Tyrol excelled, the abundant forests ensuring an everlasting supply of first-rate timber. Some of the best late Gothic sculpted altarpieces survive in their original locations in Tyrolean churches. Innsbruck became a centre of the Holy Roman Empire in the early 16th century while Maxilimian I was emperor, and some extraordinary artworks on the cusp between medieval and modern are preserved here.

The region is further blessed with highly picturesque towns and cities, well managed and welcoming. Then there is the refreshing Tyrolean climate with its clean air – much appreciated by the 19th-century European nobility in search of recreation – and the culinary delights, ranging from exquisite wines to scrumptious hams, cheeses and fruit. All add up to Tyrol being an essential addition to any cultural connoisseur’s portfolio.

Fly from London Heathrow to Venice (British Airways) at c. 8.45am. Travel via the scenic Strada del Vino to Termeno, visiting a winery en-route. See the church of San Giacomo di Castellaz’s mysterious frescoes (c. 1220) and continue to Bolzano for the first of four nights.

Bolzano, Castel Roncolo. Explore the delightful historic centre of Bolzano, capital of South Tyrol. The churches are filled with artworks, from medieval murals to late Gothic sculpture. A highlight is San Giovanni in Villa (special admission) with its pristine 14th-century frescoes. In the afternoon we see one of Michael Pacher’s finest carved altarpieces (1471) at Bolzano-Gries and visit Castel Roncolo where frescoes include secular topics, introducing us to the frolicsome life of the jeunesse dorée (c. 1400).

Merano, Naturno. Merano evolved in the 19th century into a spa resort for Habsburg, Russian, French and British aristocracy, an era still tangible in the promenades and architecture. Yet Merano’s medieval heart beats strongly: the castle-like residence of the Counts of Tyrol features furnishings and art of the region’s time of greatness, around 1500. Drive into the beautiful landscape of the Val Venosta where the tiny church of San Procolo houses a fresco cycle of the eighth century.

Hocheppan, Bolzano. The castle of Hocheppan is probably the most impressively situated of any in Tyrol. Perched high on a peak it offers wide views over the Adige and Isarco valleys, principle Alpine thoroughfares since antiquity, and into the snow-clad Dolomites in the distance. The castle chapel surprises with Byzantine-influenced frescoes (c. 1200). Return to Bolzano for a free afternoon.

Bolzano to Innsbruck. Bressanone has a picturesque old town and Baroque cathedral. The episcopal palace, erected c. 1600, has a museum with medieval art and is embellished with terracotta sculptures featuring members of the Habsburg dynasty. In Vipiteno (Sterzing), on the road to the Brenner Pass, there are medieval wall paintings in the hospital church while the parish church and museum present the remains of an outstanding wooden altarpiece of 1456 by the Swabian master Hans Multscher. Enter Austria and stay in Innsbruck for two nights.

Innsbruck. The favourite residence of Maximilian I, Holy Roman Emperor 1496–1519. His legacy includes the Goldenes Dachl, a ceremonial balcony, and his monumental cenotaph in the Hofkirche with 28 larger-than-life-size bronze ancestors and heroes. The art collection in the Museum Ferdinandeum complements earlier visits, while Schloss Ambras, Maximilian’s country retreat, contains one of the world’s best collections of arms and armour, the finest surviving Kunstkammer of the age and Habsburg portraits by Titian, Van Dyck and Velazquez. 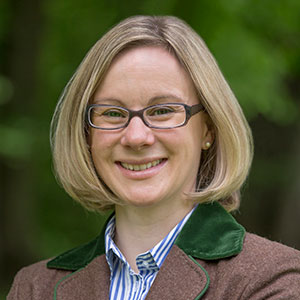 Specialist in mediaeval art and architecture. She studied art history and archaeology at the University of Regensburg and King’s College Aberdeen. Her PhD focused on art exhibitions and the cultural politics of post-war Germany. She has taught at university and now lectures for various cultural institutions as well as organising and leading many study days and trips in Germany and Austria.

Air travel (economy class) on scheduled flights with British Airways (Airbus A320); travel by private coach; hotel accommodation as described below; breakfasts; 1 lunch and 4 dinners with wine, water, coffee; all admissions to museums and sites; all tips for restaurant staff, drivers and guides; all state and airport taxes; the services of the lecturer and tour manager.

There is a lot of walking involved in this tour. Traffic is restricted in the town centres and the castle approaches are often narrow, cobbled and very steep, and therefore would not be suitable for those who need a walking stick or struggle with everyday stair climbing. There is also a lot of driving; average distance by coach per day: 39 miles.

This tour will operate with between 10 and 22 participants. 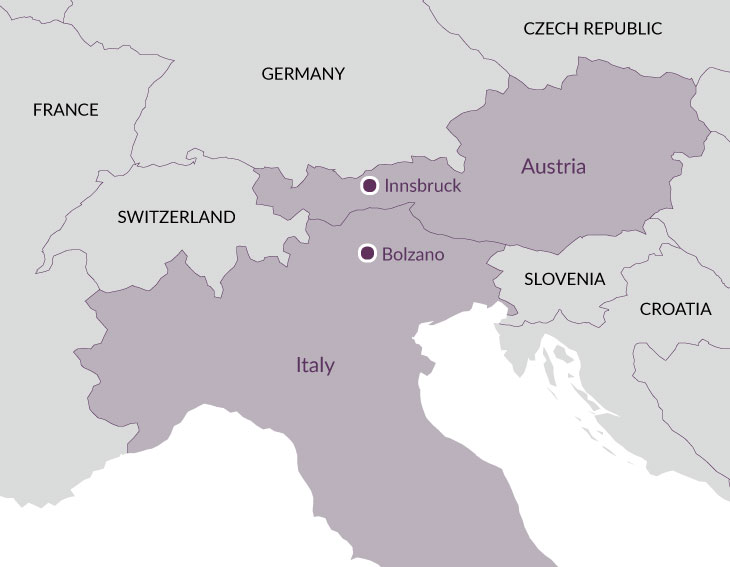