Journey by river from the Mekong Delta in southern Vietnam to Siem Reap, the heart of the city of Angkor.

Six nights in a 5-star hotel in Siem Reap, to see all the major sites of the Khmer empire.

Two visits to Angkor Wat, morning and evening, to see how the colours of the stone change with the light.

Outstanding collection of statuary in the National Museum in Phnom Penh.

Our journey is conducted for much of the way on water – a precious commodity in the life of Cambodians, though there is plenty of it. The Khmer empire built complex systems of channels and reservoirs to manage the seasonal flow; modern-day Cambodians manage it still. From May onwards Himalayan meltwaters pour down the Mekong River, reversing the flow of its tributary, the Tonle Sap, and tripling the size of Tonle Sap Lake, adjacent to Siem Reap, where people live in stilt houses above the floodwaters. Water saturates the rice fields that provide Cambodia’s staple crop in an economy that remains essentially rural.

At its apogee in the 12th century, the Khmer empire that gave birth to Cambodia stretched from modern-day Vietnam in the east to Myanmar in the northwest. In the region of Angkor alone (around the modern city of Siem Reap) digital analysis has recently revealed to us the shadow of a vast ancient city of up to a million inhabitants that would just fit within London’s M25 motorway.

Here and elsewhere, the empire’s kings and craftsmen built temple complexes that count among the most sophisticated and impressive in world history. The best known, Angkor Wat, attracts millions of visitors each year. Yet lying off the beaten track are a great number of temples that arguably rival Angkor Wat in atmosphere and significance.

The Khmer civilisation broke up in later centuries, and power in Indochina shifted to Thailand and Vietnam. Cambodia was a French protectorate from the mid-19th century until independence in 1953. Its late-20th-century history is one of tragedy and horror, from the covert bombing by the US during the Vietnam War to the emergence of the Khmer Rouge which, under its genocidal leader Pol Pot, was responsible for the deaths of at least two million people. Scarcely a single family was untouched by this nightmare. Yet the Cambodian people remain strikingly friendly and good-humoured.

The contrast between the enduring simplicity of life in the countryside and the mystery and grandeur of the ancient temples  distils the distinct character of Cambodia. From the Mekong Delta in southern Vietnam to the region of Angkor we experience its many facets past and present, and explore two of southeast Asia’s most congenial cities. Phnom Penh has undergone a miraculous recovery from the Khmer Rouge era, when it was forcibly evacuated and left to ruin. Scars remain, but overall the city is booming and, despite rapid growth, much historic architecture remains. Siem Reap meanwhile has completely resisted the blight of high-rise development and preserved its charm and vitality.

Ho Chi Minh City, My Tho, Cai Be. Rooms are available in Ho Chi Minh City from 2.00pm on 8th March (flights from London are not included – see Practicalities). Drive to My Tho to join the ship in time for lunch (c. 70km). Sail to Cai Be, a charming town known for its Catholic church and floating market. First of seven nights on the ship.

Mekong Delta, Tan Chau. The tranquil waterways fed by the Mekong Delta are known for a slower pace of life, revolving around tropical fruit gardens, rice cultivation and coconuts. Despite the seemingly unhurried existence of the local people, the area is a hive of activity: these swamplands produce more than a third of Vietnam’s annual food crop, as well as bricks, incense and the many miraculous incarnations of the coconut. Continue sailing to Tan Chau, near the border with Cambodia.

Tan Chau, Phnom Penh. Tan Chau is a pleasant town with a sizeable Chinese, Kinh and Khmer community. There is a tour by ‘xeloi’ (tuk-tuk) and a visit to the market. A trip by local boat passes floating houses and a floating fish farm. Return to the ship and continue across the border with Cambodia. Sail up to Phnom Penh: located at the confluence of the Mekong, Tonle Sap and Bassac rivers, it has been the capital of Cambodia since 1865. Dinner is a barbecue on the sun deck, with an Apsara dance performance. You are free to leave the ship and explore the busy river promenade after dinner.

Phnom Penh. Explore the Royal Palace complex, including the Silver Pagoda: 19th-century, cast-iron with 5,329 silver floor tiles. The Khmer Rouge left a shadow over the city for may years; visit Tuol Sleng, a high school turned interrogation prison known as S-21 and now a genocide museum; and Choeung Ek, the harrowing memorial at the Killing Fields to the 17,000 people who died there under Pol Pot.

Phnom Penh, Angkor Ban, Kampong Cham. The National Museum of Cambodia houses artefacts dating from prehistoric times to the present. It was looted when the city was emptied by the Khmer Rouge but subsequently restored and re-filled – four galleries surround a peaceful courtyard. Over lunch, sail to Angkor Ban village, known for its traditional stilt houses. Continue sailing to Kampong Cham.

Kampong Cham, Kampong Chhnang. Morning visit to the pre-Angkorian temple (seventh cent.) of Wat Hanchey – a small complex on a hill with spectacular views over the Mekong. See the monastery of Wat Nokor, with astoundingly colourful ‘frescoes’ telling the life of the Buddha. Sail back down the Mekong to join the Tonle Sap River, stopping at the island of Koh Ohnha Tey, known for the manufacture of exquisite silk products. Explore the island by tuk-tuk. Continue north towards Kampong Chhnang, on the edge of the Tonle Sap Lake.

Kampong Chhnang, Tonle Sap Lake. Kampong Chhnang is one of the most enthralling sailing spots in Cambodia. Visit a village on shore to see Khmer-style pottery being made, then explore the local floating villages by boat. Over lunch sail towards Tonle Sap, the largest freshwater lake in Asia, which can only be crossed in the high-water season. Enjoy the afternoon on the sun deck watching the great lake pass by – it gives life to millions of people, and is home to a variety of birds, including rare and endagered species. Moor mid-lake near Siem Reap.

Tonle Sap Lake, Siem Reap, Roluos. Disembark in the morning and transfer to Siem Reap, where in the 16th century the Khmer empire returned to its former capital having defeated (‘reap) the Thais (‘Siam’). It is a busy tourist hub but retains its small-town charm. The Roluos group consists of some of the earliest structures of the Angkor period (ninth century). Visit three of the brick-and-sandstone temples: Bakong, Lolei and Preah Ko. First of six nights in Siem Reap.

As water patterns are unpredictable there is a chance the ship may not be able to reach Siem Reap. If this is the case, you are transferred by coach (c. 3 hours).

Angkor Wat, Angkor Thom. Dominated by its quincunx of corncob-shaped towers, Angkor Wat is exceptional for both its scale and astounding detail. Visit after the sunrise backpackers have left but before most other tourists arrive. In the afternoon enter the 12th-century walled city of Angkor Thom. The Bayon state temple features the supreme tantric Buddha’s face on 59 towers, and another massive pyramidal temple was erected to the glory of Shiva over several decades (Baphuon). The Terrace of the Elephants, with a staggering bas-relief frieze, supported the royal reception hall.

Ta Prohm, Angkor Wat. Visits this morning include Ta Prohm, once an administrative hub for a chain of hospitals (famous for the strangler figs that straddle the walls); Pre Rup, the archetypal ancient Khmer temple mountain (brick); and Neak Pean, unlike anything else at Angkor, a single tower rising from a reservoir. Return to Angkor Wat to study in detail the sandstone carvings enclosing the central sanctuaries. See areas usually not open to the public (subject to confirmation).

Banteay Chhmar. Drive north to Banteay Chhmar Temple (c. 3 hours), the last great ancient temple to be rescued from the obscurity of a tropical forest. The scale of its construction, the hydraulic engineering required to sustain it and its long gallery of superb relief carvings suggest that it was the twin hub of the empire.

Siem Reap, Chandara. Free morning in Siem Reap; the Angkor National Museum is worth a visit. In the afternoon travel by boat across the West Baray, a man-made reservoir which was once integral to the complex Angkorian rice irrigation system (constructed 11th cent.). Continue to a private dinner at a villa surrounded by rice paddies and landscaped spice gardens. 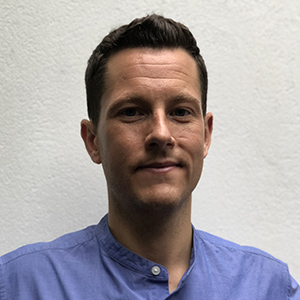 Head of Adult Programmes at the British Museum. He has worked at the V&A, Sotheby’s Institute of Art, Bagri Foundation, as well as several established art galleries. He is an independent scholar specialising in Buddhist art across Asia, and regularly gives lectures on the subject in the UK and abroad.

International flights are not included.

Transport by private air-conditioned coach; accommodation as described below; breakfasts, 10 lunches and 10 dinners with wine, water, coffee; all admissions; all tips; all taxes; the services of the lecturer, tour manager and local guides.

International flights are not included.

international flights from London to Ho Chi Minh City and from Siem Reap to London are not included in the price of the tour. We will send recommended flight options from London with your booking confirmation, which will be available to book in March 2023. You can either make your own reservation or we can book on your behalf. The cost of an economy seat with Thai Airways at the time of launch (August 2022) is c. £850.

The Jayavarman: spacious and extremely comfortable river cruiser, with excellent service. Double rooms for sole use are on the main deck; double rooms are on the upper deck. Limited suites available on request and for a supplement. Raffles Grand Hotel d’Angkor, Siem Reap: historic 5-star hotel with a large garden.

The tour involves a lot of walking on archaeological sites. Uneven ground, irregular paving, steps and hills are standard. A good level of fitness is essential. Unless you enjoy entirely unimpaired mobility, cope with everyday walking and stair-climbing without difficulty and are very sure-footed, this tour is not for you. Average distance by coach per day: 22 miles.