Essential Rome - The complete spectrum of art, architecture and antiquities

The major buildings, monuments and works of art, a representative selection of all periods from Ancient Rome onwards.

Private visit to the Sistine Chapel, shared with participants travelling on Palaces & Villas of Rome.

Rome presents three major challenges to the cultural traveller. Firstly, it is big. Items of major importance – many of which on their own would make any town in the world worth visiting – are generously strewn through an area that is approximately four miles in diameter. The second problem is that there are hundreds of such places in the Eternal City.

The third challenge is that these items are from such a wide span of time – well over two millennia – for much of which Rome was the pre-eminent city in its sphere. Capital of the Roman Republic and Empire, centre of western Christianity, a role regained with consequent splendour with the triumph of the Catholic Reformation and finally, from 1871, capital of a united Italy.

Over the years MRT has devised many tours to Rome, but mostly they have all attempted only a single episode or theme – Ancient, Medieval, Baroque, Caravaggio, Michelangelo, Raphael, music. This tour selects from the whole range of Rome’s heritage.

The key has been generally to give preference to geography over chronology, proximity over theme. Meandering walks explore a particular district, picking out the most significant buildings and works of art, enjoying alluring vistas as they arise, glimpsing major and minor treasures – whatever period they belong to. But it’s fair to say that the itinerary includes most of the most important places and works of art in Rome.

There is a lot of walking, though regular use is made of minibuses and taxis (never cumbersome coaches, which are excluded from the centre). Not every place seen is mentioned in the itinerary, and the order may differ.

Fly at c. 9.30am (British Airways) from London Heathrow to Rome. See the glorious Byzantine mosaics in the churches of Sta. Maria Maggiore (one of the four patriarchal basilicas) and Sta. Prassede. Evening lecture and drinks reception at the British School at Rome (subject to confirmation).

The tour starts at the very beginning: today is largely devoted to Ancient Rome, beginning with the Colosseum, largest of all amphitheatres, completed ad 80. The Forum has evocative remains of the key temples and civic buildings at the heart of the Roman Empire. The present appearance of the Capitol, first centre of ancient Rome, was designed by Michelangelo, and the surrounding palazzi are museums with outstanding ancient sculpture and a collection of paintings.

The Basilica of St Peter in the Vatican was the outcome of the greatest architects of several generations – Bramante, Raphael, Sangallo, Michelangelo – and contains major sculpture. Originally Emperor Hadrian’s mausoleum, Castel S. Angelo became a fortress in the Middle Ages and a residence in the Renaissance. After some free time, return to the Vatican in the evening for a private visit to see Michelangelo’s frescoes in the Sistine Chapel in peace, together with Raphael’s frescoes in the adjacent Stanze.

The morning includes the superb sculpture of the Altar of Peace (Ara Pacis) erected by Augustus, paintings by Pinturicchio and Caravaggio in Sta. Maria del Popolo, and a walk in the Pincio Gardens (good views across Rome) to the Spanish Steps. The Palazzo Barberini is a great palace which became Rome’s National Gallery, with paintings by most of the Italian Old Masters. The Galleria Borghese is Rome’s finest collection of painting and sculpture.

Among today’s highlights are the Pantheon, the best preserved of Roman monuments (whose span was only twice exceeded in the next 1,750 years); the lively and wonderfully adorned Piazza Navona, which retains the shape of the Roman hippodrome on which it was built; and the 5th-century church of Sta. Sabina, as perfect an Early Christian basilica as survives anywhere. See also S. Ivo, a masterpiece of Baroque architecture with a cupola designed by Borromini, and two Roman temples, of Vesta and Fortuna Virile.

The morning is free. Drive in the afternoon to three contrasting churches largely or partly dating to the early Middle Ages: the 6th-century circular Mausoleum of Sta. Costanza; the historically complex but exceptionally beautiful Basilica of S. Clemente; and St John Lateran, the cathedral of Rome. 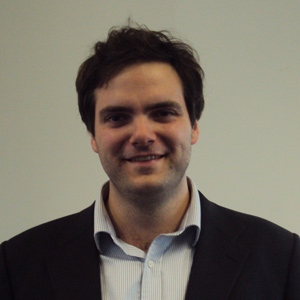 Art historian specialising in Renaissance and Baroque architecture in Rome and the Papal States, and Assistant Director of the British School at Rome from September 2015. He received his doctorate from Cambridge University, and also studied at the British School at Rome, where he was Rome Scholar (2009–10) and Giles Worsley Fellow (2013). He has lived in Le Marche region of Italy and is currently writing his first book on the Marchigian Cardinals of Pope Sixtus V.

Flights with British Airways (Euro Traveller, Airbus 320); travel by private minibus; hotel accommodation; breakfasts, 1 lunch and 4 dinners with wine, water, coffee; all admissions, including a private visit to the Vatican Museums; all tips; all taxes; the services of the lecturer.

There is unavoidably a lot of walking. The historic area is vast, and vehicular access is increasingly restricted. Minibuses are used on some occasions but otherwise the city is traversed on foot. The tour should not be attempted by anyone who has difficulty with everyday walking and stair-climbing. Fitness is essential. Average distance by minibus per day: 9 miles. 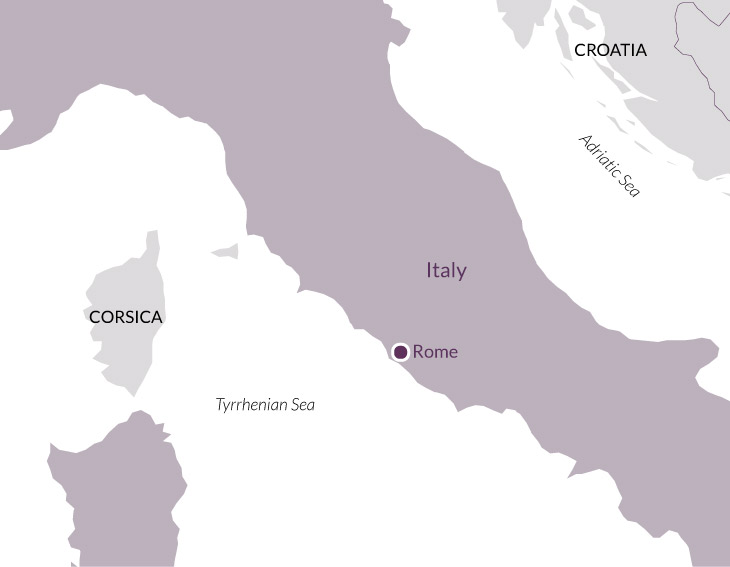 'Well planned and well paced – we were very pleased that we were able to see so much.'

'The private visits to the Sistine chapel and Vatican Museum were an absolute highlight. It was so special to be there without the crowds and with plenty of time just to stand and stare.'

'We would simply not have been able to do all the things that were organised for us had we been trying to put this trip together ourselves.'