Fascinating Hindu art, architecture and rituals in the finest temples of Tamil Nadu.

Ocean, rivers, mountains; the geographical features of the Indian Subcontinent have always played a major role in its long history. While the riverine plains of northern India have allowed migrations and invasions, the southernmost tip of the Indian peninsula has remained protected from the north by a series of mountain ranges and rivers, uncrossable for centuries. Surrounding the peninsula on all other sides, the Indian Ocean brings a distinctive climate, tropical and humid, with its predictable monsoon rains making the land highly productive; rice paddy fields, coconut groves and spice plantations abound and have sustained the emergence and growth of many Hindu kingdoms and empires for the past millennia. The monsoon winds have brought settlers and traders from East Africa and Europe to both coasts since antiquity; early Christians and Jews landed on the Malabar Coast in 52 ad while the Portuguese, Dutch, French and English all traded from their respective forts and trading posts, following the sea route supposedly discovered by Vasco de Gama in 1498.

This tour starts in the modern state of Tamil Nadu, cradle of the Dravidian civilisation. The 7th-century Pallava kings, in their seaport of Mahabalipuram, created rock-cut caves and monolithic shrines, where mythological moments are presented in dynamic relief carvings. Their architectural style and elements were formative in the development of the Dravidian style of temple architecture, which fully matured under the Chola Dynasty in the 11th and 12th centuries. Their monumental, yet finely carved temples are masterpieces of craftsmanship. The colourful gopurams, towering gateways, and the profusely sculpted mandapas, pillared halls such as that of the Meenakshi temple in Madurai are typical of the 17th-century Nayaka rulers.

The first major British settlement in India, Fort St George in Madras, was built by the East India Company in 1640. In 1674, the French Compagnie des Indes Orientales established their headquarters in Pondicherry, 90 miles down the coast. Contact with Europeans was beneficial to many local communities. The Chettiars of Chettinadu, local money-lenders, made their fortune by importing teak wood from Burma. Today, their sleepy palaces, with British iron pillars and Belgian crystal chandeliers are silent witnesses of the past.

In Kerala, spices always attracted traders; pepper, cardamom, ginger, clove, and later tea and coffee, all grow in the highlands of the Western Ghats. A labyrinthine network of canals known as the backwaters have always provided easy transport by kettuvallam, a traditional boat made of bamboo and coconut coir, to Cochin, the world trading centre for spices since Roman times, today a masala of religious communities.

Chennai, Mahabalipuram. The tour begins with a lunch and a talk at the hotel on the peaceful, coastal outskirts of Chennai (flights from London are not included – see Practicalities). Rooms are available at the hotel from 2.00pm on 29th November, allowing for an early check-in. Afternoon visit to Mahabalipuram’s 7th-century cave temples including the extraordinarily energetic Mahishasuramardini (Durga slaying the buffalo demon) and the great Arjuna’s penance relief (‘Descent of the Ganges’). First of three nights near Chennai.

Mahabalipuram. The elegant Shore Temple combines shrines to Shiva and Vishnu. The so-called five rathas (chariots), 7th-century monolithic shrines, are a veritable catalogue of the architectural possibilities inherent in the Dravida tradition at this early stage, which clearly evolved out of the early wooden architectural tradition.

Pondicherry. Drive south to Pondicherry, a former French enclave acquired in 1674 which retains much of its colonial architecture. Two respective walks in the French Quarter and the Tamil Quarter highlights the dual cultural heritage of this pleasant seaside town. Overnight Pondicherry.

Kumbakonam, Thanjavur. Continue south, stopping en route at Gangaikondacholapuram, the ‘City of the Chola who conquered the Ganges’: the Brihadishvara is a gigantic, imperial Chola temple erected by Rajendra I (1012–44). Kumbakonam is a thriving town with numerous temples from the Chola period and later, including the Nageshvara which has some of the finest early Chola sculpture. The Mahamakam tank (17th-century) is said to unite the waters of all India’s sacred rivers. At Darasuram, the Airavateshvara temple is a late Chola masterpiece (1146–72), beguilingly sensuous and architecturally lucid. First of two nights in Thanjavur.

Thanjavur. The colossal Brihadishvara temple of Thanjavur was built by Rajaraja I in c. 1010. The compound is entered via the earliest of the truly monumental gopurams and also contains a variety of subsidiary shrines, including the finely chiselled Subrahmanya (17th-century). The museum in the Thanjavur palace houses a fine collection of Chola sculpture, including bronzes. There is an optional visit to a local workshop to observe bronze making and glass painting.

Chettinad. Drive to the Chettinad region for a demonstration and lunch at The Bangala, a heritage hotel renowned for its food and cooking classes. Afternoon walk through the small village of Kanadukathan. Visit a family mansion, a fine example of shared accommodation according to the Chettiar tradition and observe weavers make silk sarees. First of two nights in Kanadukathan.

Kanadukathan. A free morning to relax at the hotel or stroll around the village. Afternoon excursion to two small, rural temples; the Vijayalaya-Cholishvara set on a hilltop at Narthamalai and the Arivar Koil cave temple (8th-century) containing vibrant mural paintings evoking the abundance of nature.

Madurai. Drive in the morning to Madurai, where the vast Meenakshi Temple complex, mostly erected in the 17th century under the Nayaka rulers when the city was an independent kingdom, is the epitome of a South Indian ‘temple-city’. Its towering gateways, swathed in coloured figures, rise up to 60m. The grand pillared Celestial Pavilion is all that remains of the Thirumalai Nayaka Palace. Overnight in Madurai.

Kumily. Drive in the morning from Tamil Nadu to Kerala. Afternoon walk around a spice plantation to explore the growing process and the complex network of correlations between species. Cardamom is most prevalent but grows alongside cinnamon, ginger, clove, nutmeg and vanilla. First of two nights in Kumily.

Peermade. Morning excursion to a tea plantation in the hills of the Peermade region. Take a jeep tour of the extensive grounds (where coffee and cardamom are also grown), witness the process of orthodox tea-making in the factory and taste the final product. Lunch on the estate is followed by some time to enjoy the verdant surroundings of the hotel.

Keralan backwaters. Drive in the morning to Kerala’s backwaters. An afternoon cruise with lunch on a houseboat explores this network of lakes, lagoons and canals with its unique ecosystem. The boats are modelled on the kettuvallams once used to carry rice and spices to Kochi. Continue to Kochi for two nights.

Kochi. A morning walk around Fort Cochin includes the Chinese fishing nets, which have been in use since the 14th century and St Francis Church (c. 1510), the temporary resting place of Vasco da Gama. Mattancherry Palace was first built by the Portuguese in 1557 and rebuilt by the Dutch in 1663. The murals in the king’s bedroom which depict mythical scenes from the Raas Leela and the Ramayana are a masterpiece of Keralan painting. Jewish merchants and Christian settlers arrived in Kerala with St Thomas the Apostle in 52 ad. The Paradesi Synagogue, built in 1568 by European Jews, is tucked away in the heart of the Jewish Quarter. Its airy interior is enhanced by hand painted Chinese floor tiles and European glass chandeliers.

Transfers to Kochi Airport are arranged for your onward journey. 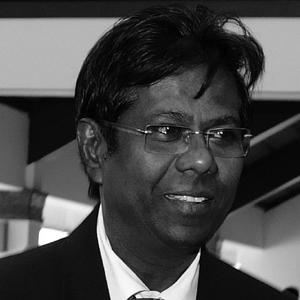 Historian and lecturer. Born in Tamil Nadu, he graduated in History from the University of Madras followed by postgraduate studies at Madras Law College. He has been working in the tourist industry for the past 30 years and has worked with Sir Edmund Hillary, and produced a Television Documentary on the Himalayas for German Television. From 1987 to 1992, he was a reporter for ZDF in India and produced the documentary Temples, Palaces & Houses of India. In 2001, he joined the Board of studies in Ancient History and Archaeology at the University of Madras.

Arrival and departure airport car transfers; travel by private coach; hotel accommodation as described below; breakfasts; 10 lunches and 10 dinners with beer, water, soft drinks and coffee at lunch plus wine at dinner; all admissions; all tips; all taxes; the services of the lecturer, tour manager and local guides.

Flights from London to Chennai and Kochi to London are not included in the price of the tour. We will send the recommended flight options when they are available to book in January 2023, and ask that you make your own flight reservation. The cost of an Economy seat with Emirates (via Dubai) as of March 2022 is c. £650.

Required for most foreign nationals and not included in the tour price. We will advise on the procedure.

Taj Fisherman’s Cove, Chennai: a 5-star hotel located on the coast between Chennai and Mahabalipuram. Palais de Mahé, Pondicherry: a simple hotel in an attractively restored 18th-century mansion in the heart of the French Quarter. Svatma Hotel, Thanjavur: a boutique, vegetarian hotel, part of the Relais & Château group. Visalam Hotel, Kanadukathan: a sensitively restored mid 20th-century Chettinad mansion in the heart of a small town. Rooms are large with period touches. Taj Gateway, Madurai: set in a hillside location on the outskirts of city in 60 acres of lush garden. Rooms are comfortable and well-equipped. Spice Village, Kumily: rooms are in thatched cottages set in the lush landscape at this eco-friendly hotel. Brunton Boatyard, Kochi: a sea-front property, ideally located within the heritage area of Fort Cochin. Single rooms throughout are doubles for sole use.

A good level of fitness is essential. Unless you can cope with everyday walking and stair-climbing without difficulty and are reliably sure-footed, this tour is not for you. There is a lot of walking and standing in a warm conditions, including some steep climbs to temples. Removing and replacing shoes to visit temples is tiring. There are frequent hotel changes and some long drives (3–4½ hours) during which facilities are limited and of poor quality. Unruly traffic, busy streets and uneven ground are standard in India. Average distance by coach per day: 55 miles.

'Lecturer Asoka is a very well prepared professor in history of India and besides that, he was always ready to give explanations and information during all the duration of the trip. He was always happy and enjoying his job.'

'...absolutely first rate, enthusiastic, knowledgeable and a pleasure to be with.'

'Asoka’s wealth of knowledge was second to none. He could add a lot of information about local customs.'